The April 26, 2010 edition of "Macleans" featured a story entitled, "The Return of Hitler" written by Katie Engelhart. The main focus of the article was to discuss the growing interest in Hitler's, Mein Kampf and the resurgence of the far right in places such as Hungary, but also the growing popularity of Hitler's book and the ideas found within in such unusual locations as India and Turkey.

Not too far into the article, Engelhart mentions something that most literary critics have stated already regarding Mein Kampf. As writing goes, it's really not particularly well done. In fact, it's tedious, convoluted and as Winston Churchill stated (and whom Engelhart quotes in the article), "turgid, verbose, [and] shapeless."

One of our resident boneheads from Calgary took great offense to this characterization of der fuhrer's efforts: 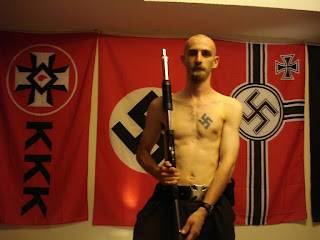