The Walrus Interviewed WEXIT Members. We Dug a Little Deeper.


The Walrus recently produced a photo essay about WEXIT in which they interview various, including some who have previously had a relatively low profile. Photo-journalist Brett Gundlock states in the introduction:

It would be easy to fall back on stereotypes of Albertans and vilify Wexiteers as resentful, oil-spoiled rednecks. Instead, I wanted to present their voices in an unbiased fashion, to let them air their grievances without judgement. The separatists often represent the extreme side of the issue, but their views don't stray far from opinions you are likely to hear in many homes across the province.

That last line is quite the take when discussing a fringe, far-right group like WEXIT, so we felt an examination of the interviewees was in order.

Let's get out of the way that The Walrus interviewed Peter Downing who we've already written about on ARC.

Other Wexiteers profiled include Kathy Flett, who is a member of the Yellow Vests, is a climate change denier, and shares antisemitic conspiracy theories: 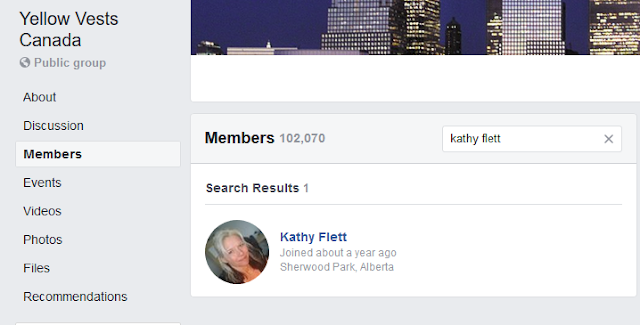 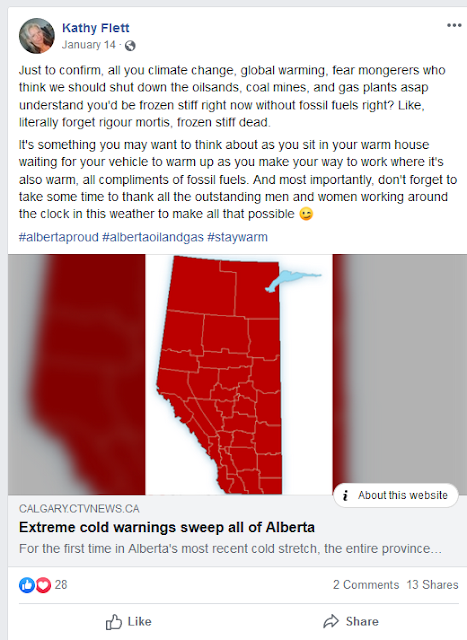 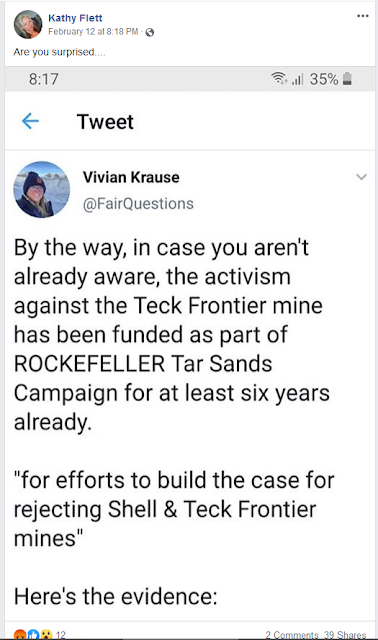 Jake Eskesen, like Flett, is a Yellow Vest member, follows other far-right groups, and is friends with many figures on the far-right, including Gus Stefanis of the neo-Nazi Canadian Nationalist Party; Plaid Army member, Red Ice contributor and antisemite Derek Harrison, and Brad Salzberg of the anti-Muslim Canada Action Party. In the photo essay Eskesen claims that WEXIT includes members of the LGTBQ community, yet he 'likes' The Westboro Baptist Church Facebook page: 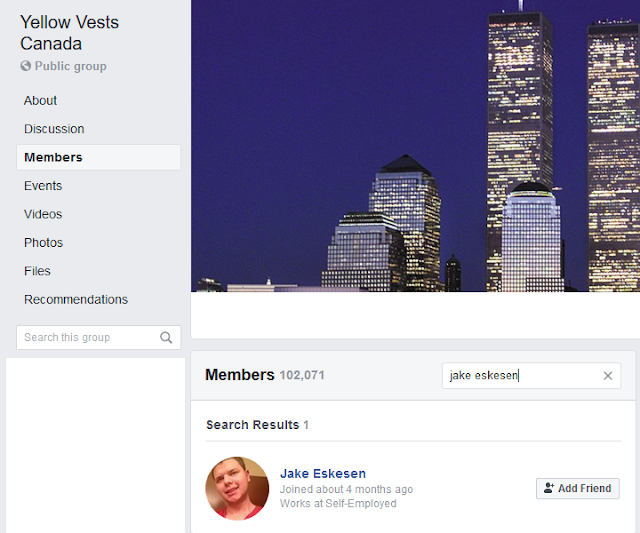 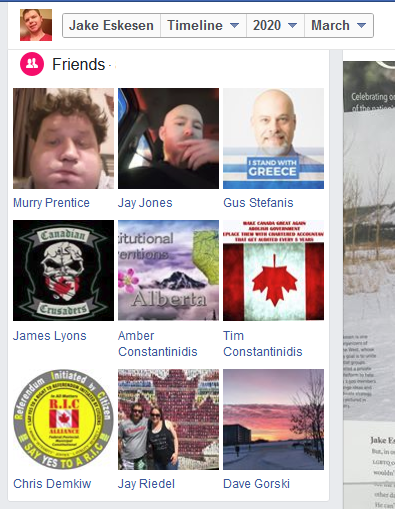 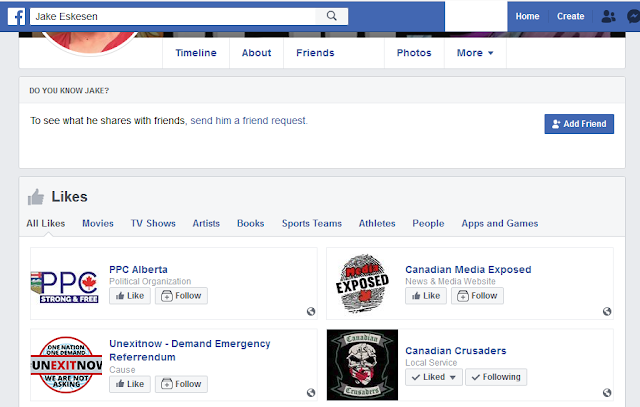 Also of note is that it seems Eskesen is "Deathhunter77," according to his post of the print version of The Walrus in the Unify the West Discord server:

Eskesen/Deathhunter77 has previously been included in the blog, where he was participating in conversations with other Discord users like "MISG" and "HeftyFinesse" about "social trust," how immigrants are self-serving while only Canadians are altruistic, and how immigrants are taking jobs. Even if Eskesen doesn't share these views, he made no efforts to speak up against this racism and xenophobia. 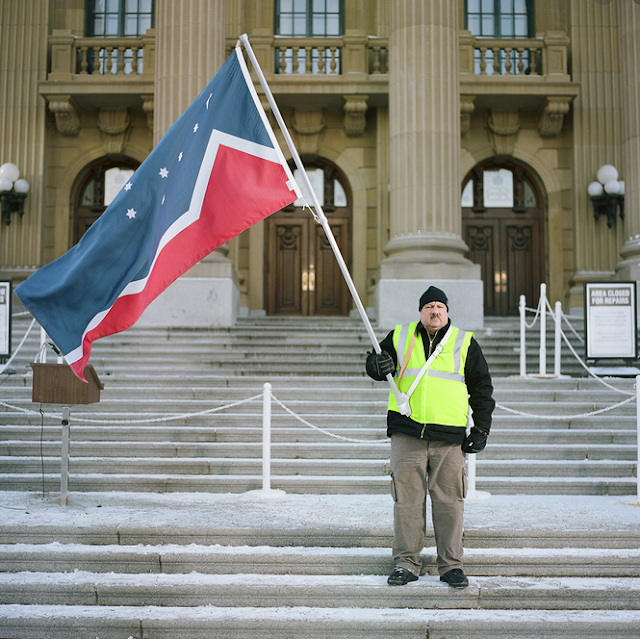 Todd Brown shares Islamophobic conspiracy theories on Facebook, and thinks Canada will be controlled by communists: 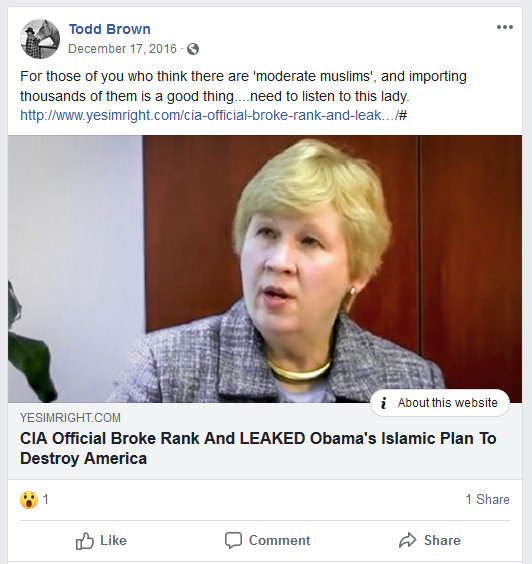 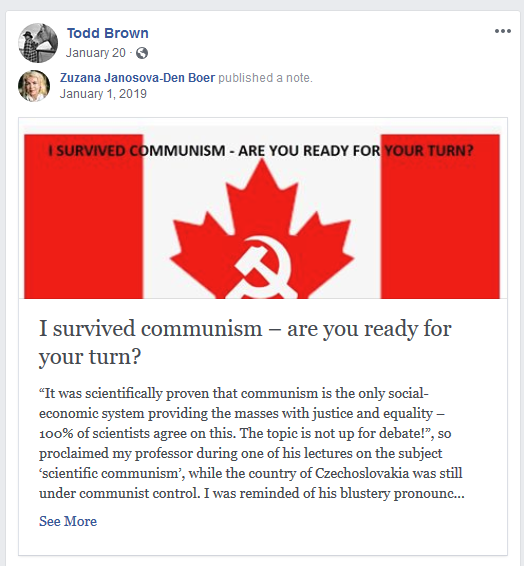 Sam Bell is a member of the Yellow Vests, and follows many far-right groups on Facebook: 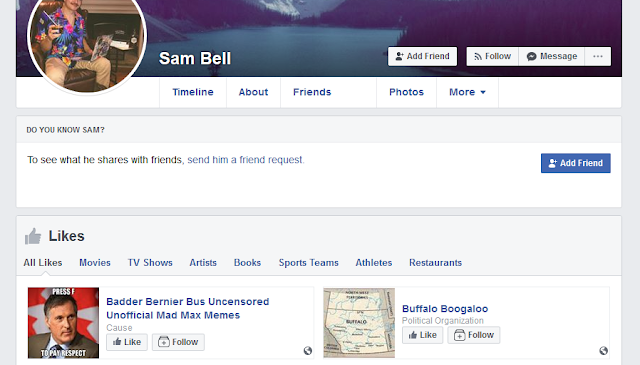 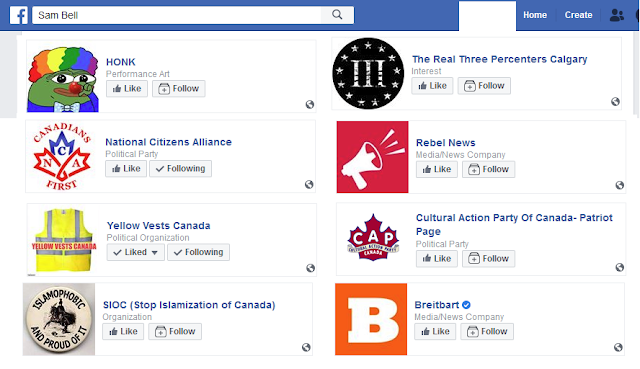 Bell also runs a popular Facebook page called Make Alberta Great Again, which is essentially a meme page. Much of what he shares is bigoted, with plenty of dog whistles and far-right/neo-Nazi cultural references, including Kek, Honkler, Pepe the Frog, glowing/laser eyes, and Evolian concepts popular with accelerationists. His boomer audience may be clueless, but he's sending a clear message to those who know. 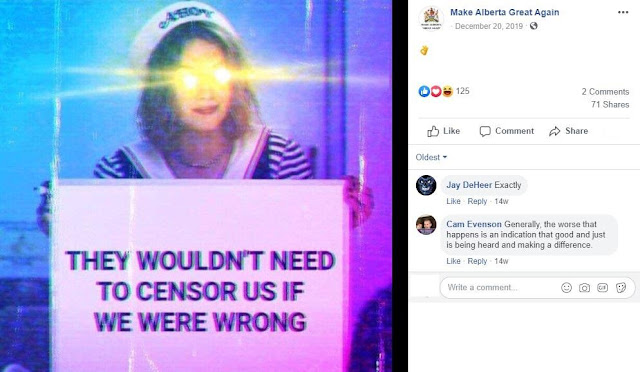 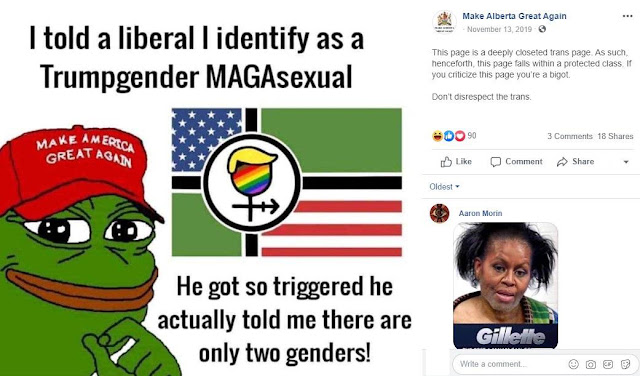 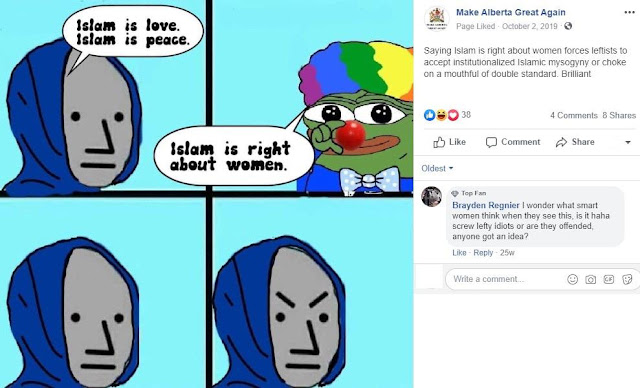 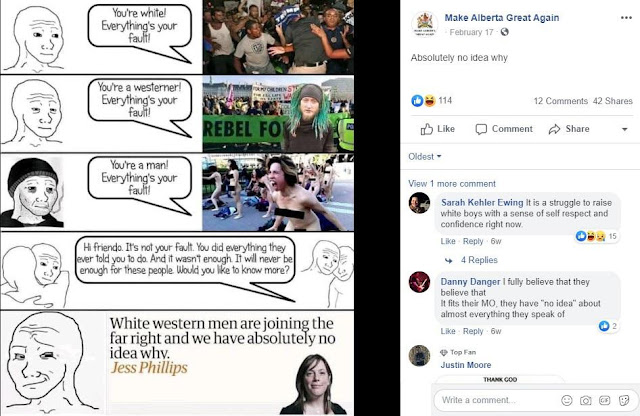 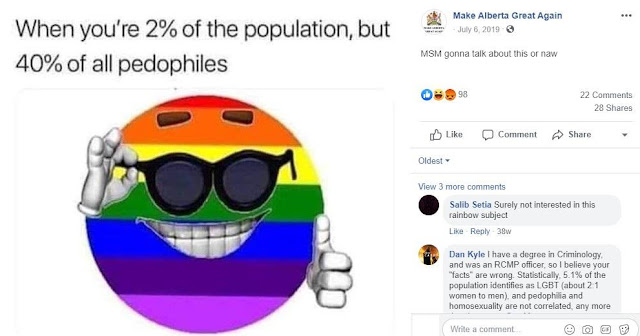 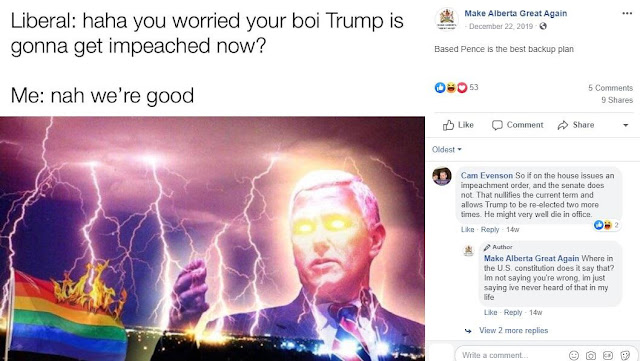 Jon Mihalich appears on 'The Myth is Canada' livestreams with known Islamophobes like Ed Jamnisek: 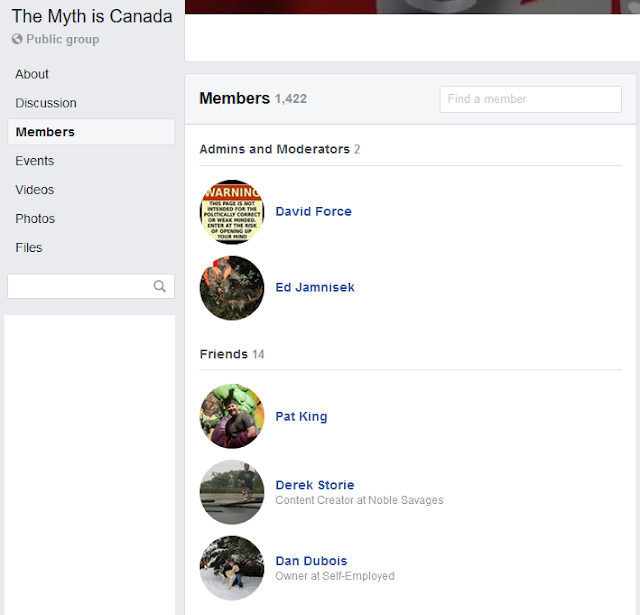 CW Alexander completes the list of Walrus interviewees. He is a member of the Yellow Vests, and follows white nationalist Ronny Cameron on Facebook: 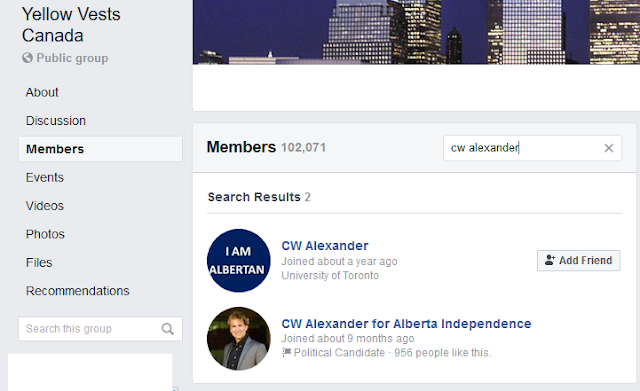 I realize The Walrus was going for "unbiased" in an effort to focus specifically on WEXIT ideology, but anytime reporting is done on the far-right it's important to not gloss over the bigoted aspects. When one element of their belief systems is separated out and examined without acknowledging the rest, it runs the risk of sanitizing and legitimizing movements that, were they to gain traction, could cause real harm to many people.
Posted by Yellow Vests Canada Exposed at 10:13