For Someone Who Claims He Doesn't Support Nazis, Travis Patron Sure Does Associate With A Lot Of Nazis

In the follow-up article to an earlier article posted to ARC regarding a planned event by Travis Patron and the Canadian Nationalist "Party", it was noted that the event had been cancelled and Patron made a not-so-subtle threat directed at myself and other anti-racist activists. Now for someone who claims to be a supporter of free speech and bristles at "being silenced" it might seem a bit hypocritical that he would look forward to "permanently silencing" me and other like me. That however presumes that Patron (and other like him) actually care about freedom expression other than as a means for his own ends.

We've seen this song and dance before: 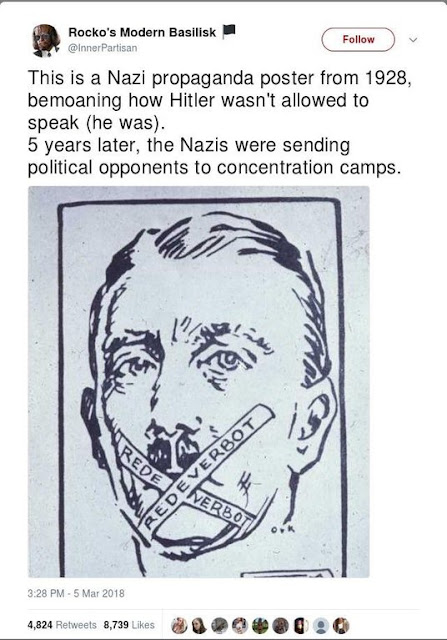 When posting the screen shot of the threat though, I initially failed to notice one of the individuals who had commented:

Tyler Chilcott is this fella: 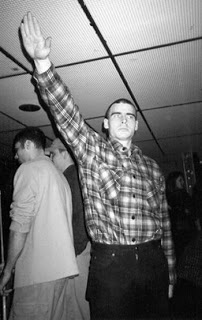 Of course that photo is now close to 20 years old, but it looks like he hasn't changed much since he was a member of the London, ON- based neo-Nazi group the Northern Alliance: 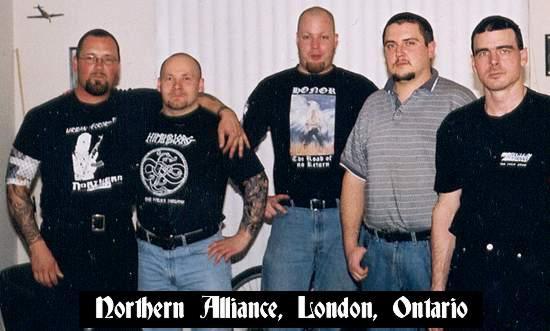 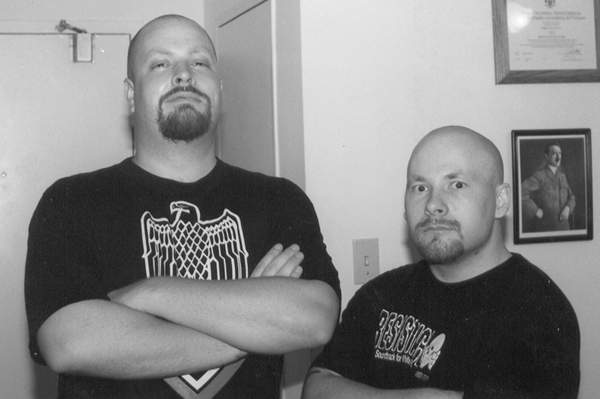 I know! How is it possible that an ethnic nationalist who his modeling his party on the Nazi Party attract Nazi supporters? It boggles the mind I say!

I'm afraid it is true though.

Patron seems especially talented at attracting the broken-down, old, relics of the Nazi cause: 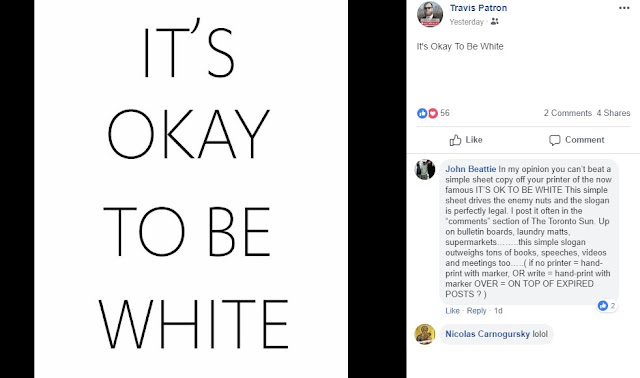 John Beattie is an unrepentant Nazi who became infamous back in the 1960s. Though he's got to be close to 80 now, back then he made sure to look the part as best he could: 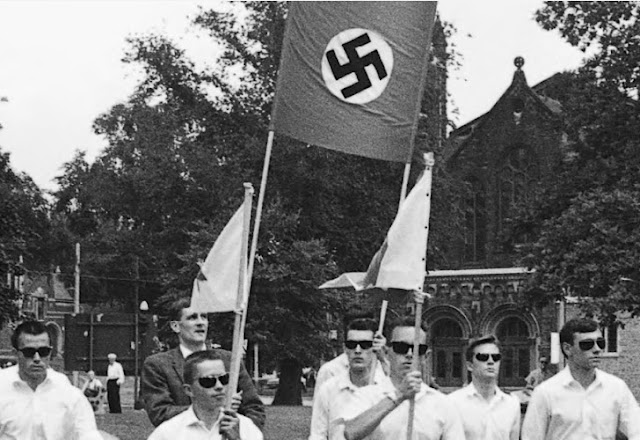 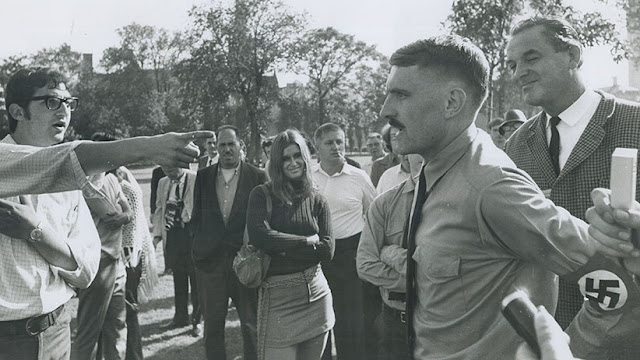 Paul Fromm's own activities go back to the 1960s as well when he was one of the founders of the Edmund Burke society that later became the much more overt Western Guard. Since then he has hitched his wagon to the KKK and various neo-Nazi groups such as the Heritage Front, Northern Alliance, Aryan Guard, Blood & Honour, Volksfront, and a number of other groups including the reactionary Yellow Vest protesters (he was present at the Saturday protest in Hamilton today): 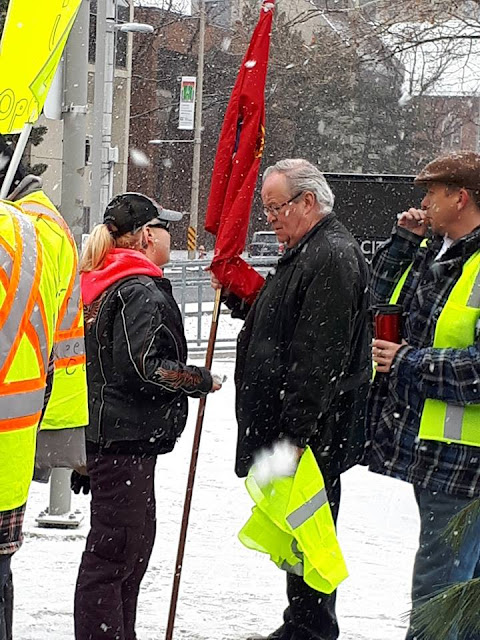 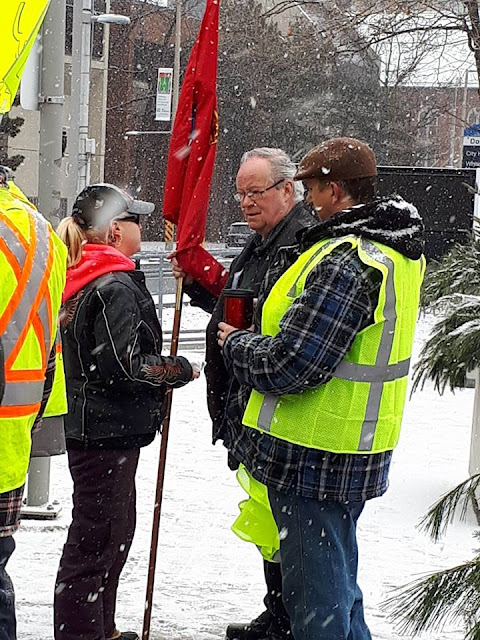 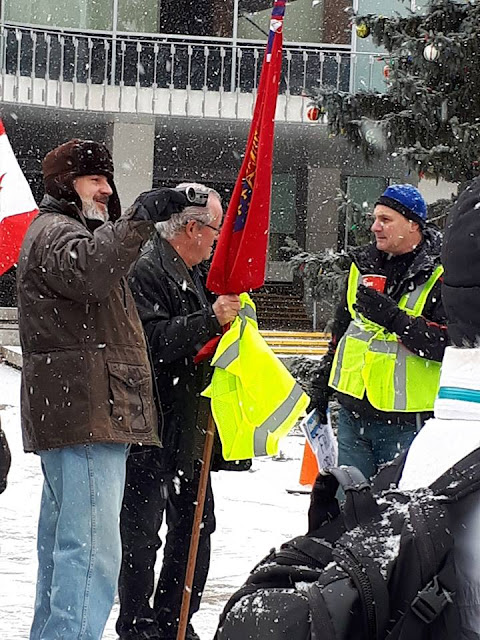 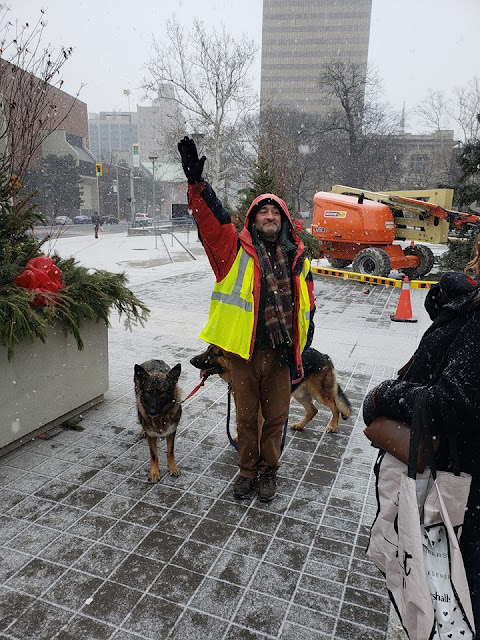 Incidentally, Hamilton Against Fascism had this to say about the protests today:

The Yellow Vests say they aren't racist, or connected to Neo-Nazi and fascist organizations.

We know that's a lie, but it's a facade they maintain. It seems to have even fooled a few of them.

Well, once again noted Neo-Nazi Paul Fromm was out today. Don't worry- we chased him off. But not before he was welcomed with open arms by the crowd of fools, and given a yellow vest.

In these pictures you can see Fromm being buddy-buddy with Tim Reid McGavin (former Proud Boy) and Lisa Marie Thompson (the admin of the Hamilton Yellow Vests Facebook page). Hanging out and talking with a guy who thinks that the Holocaust didn't happen. Yikes.

And then, also below, some idiot with two dogs kept giving Nazi salutes.

For insisting that they aren't Nazis, the yellow vests sure seem to attract them.

Question for the yellow vests who we know follow this page: if you're not racist, why do you allow this trash in your ranks? What about your message appeals to them? Do you know how bad it makes you look to be associated with open Nazis? We ask that you think really hard about these questions.

I could continue to add to the list of Nazis, racists, and extremists who are fans of Travis Patron and his positions, but I think I'll leave this for now.
Posted by Nosferatu200 at 19:39