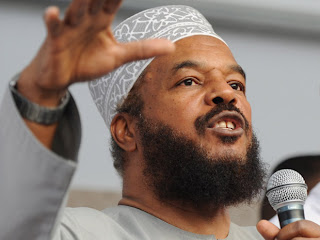 As the Pride parade wound its way down Yonge St. on Sunday afternoon, a religious scholar at Toronto Metro Convention Centre briefly reiterated his view that homosexuals caught in the act should be executed in countries governed by Islamic law.

Addressing a 9,000-strong crowd at Journey of Faith, an annual Islamic conference, Bilal Philips said he was expelled from Germany in April for expressing that opinion.

Philips, a Canadian who now lives in Qatar, wondered how that was wrong because it’s what “Islamic law says.”

The conference drew criticism last year for inviting a televangelist from India who had expressed solidarity with Osama bin Laden and disparaged homosexuals and other groups. His speech was cancelled.

On Friday, the Star reported that two speakers at this year’s conference say gays should be killed.
The other was Abdur Raheem Green, a British convert to Islam.

On Sunday, Philips called media the “main perpetrator” of Islamophobia and called upon Muslim youth to take up journalism to “present our side of the story.”

Philips also said “we have to be vigilant with the media … as Jews and homosexuals are.”

Green, meanwhile, blasted the media for labelling him a “homophobic hate-preacher. There are hundreds of (my) speeches on YouTube … find a pattern,” he said, adding that a homophobic would continuously rant about it.

Dressed in a flowing black and green robe, his voice booming, Green asked the solemn audience how many people had written to the paper to complain about the story.
Less than half-dozen hands went up.

Yes, Islamophobia is a problem. So is homophobia and calling for the murder of homosexuals sort of disqualifies you speaking up against oppression, at least from our perspective.
We dropped the ball when we missed that Philips was coming to Canada to speak at the Islamic conference in Toronto, but we'll be sure to follow up on whether he faces charges.

Fixed, though a KKK float at a Pride Parade would certainly result in some interesting press coverage.

Islamophobia is a HUGE problem. The sheer amount of hate that Muslims especially brown-skinned Muslims face out there is unbelievable in the 21st Century. People speak and treat Muslims in ways that no one would dare to do to any other minority. I fear where all this is heading....