We understand that our readers might be wondering why we're even bothering to write anything about Paulie's mayoral campaign. Simple fact is, it's funny and we are very easily amused.

Well, Paulie is continuing to tilt at windmills. Recently he claims to have spoken to the Sierra Club on the topic of his anti-immigration platform (while this might be true, we somehow think it more likely he spoke to some poor, bored soul manning a Sierra Club booth providing information on the environment to passers by): 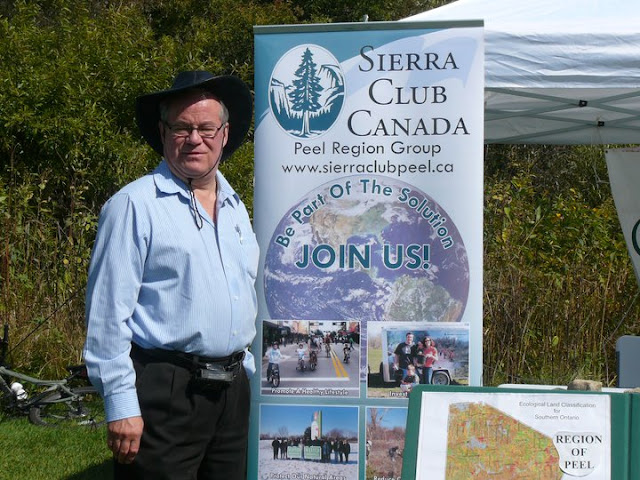 Look, Paulie. We know you don't like us, and we aren't all that fond of you either. But trust us when we tell you that this is NOT a good look for you. Or anyone for that matter. Sure, it is a significant step up from this fashion horror, but really?

Really? You actually go out in public looking like this?

Anyways, as fun as this is, even greater joy can me found in Paulie's most recent mayoral campaign ad, which looks to be a bumper sticker or book mark:

Aside from the ridiculous proposition that a civic politician would have any say over Canadian immigration policy because he decided to camp out in front of the Minister of Education's office until he gave in to Paulie's demands -- never mind getting anything else done and, oh ya, ask this guy how he's been making out (we actually like Mr. Haw actually) -- we love this ad. Not for it's message or because Paulie looks like he's ordering from a dim sum tray, but because we can do this with it:

Ah! A blank slate! Can we have fun with this? Absolutely!

Yes. We know. Childish. Immature. We should be ashamed of ourselves. Yadda yadda yadda. We realize all this. But we also realize that our dear readers are much better than we are and are far, far more creative than we are.

So, we've decided to have a contest.

We would like our readers to best our efforts and base comedy. Download the blanked copy of Paulie's mayoral ad and have some fun with it. Come up with a wittier, funnier line than we've come up with (it won't be hard). Then, send it to us (our comments are moderated so if you need us to contact you to exchange emails, leave your own email in the comment section and we'll get back to you). We will chose the top 5 pictures and then allow our dear readers to vote on which one is the funniest.

Prize for the winner? We will donate $200.00 to the winner's favorite charity.

So, let's get to work folks.

UPDATE: Hmpf! Stupid, careless spelling errors on our part, but thanks to a reader, it should now be fixed.
Posted by Nosferatu200 at 22:35

Oh I would love for that image to go viral. I think it would make a great meme.

NO SOUP FOR YOU! is mine but im too lazy to make a poster of it

Are you kidding me?!?!?! Tell me this asshole isn't trying to convince people he's engaging in nature walks and hikes with the Sierra Club BY wearing a boonie hat. Tell me he isn't thinking that people will actually fall for this bullshit? Must be delusional or something.

Man, i'd hate to be in his shoes right now. Or, ever... actually. But more so now than ever. Knowing that every waking moment you spend on something like this is a complete, utter waste of valuable time in life. Knowing that every dollar you spend is a dollar wasted, knowing that every second you work towards the goal you are going to lose in the end, and knowing that you are the joke of hundreds of thousands (if not millions) of people all around the planet.

Your a sad motherfucker, Paul Fromm - and your loss will only reinforce the reality that you, your ideas, and your half assed master race will NEVER rise again.

My suggestion for Fromm's campaign sticker would only have two words.... "GOT NECK?"