Criticism of Bill Noble on Stormfront? Say It Ain't So!

Bill Noble likes to style himself as an intellectual in the "White Nationalist" movement. So when asked to do an interview with CTV Winnipeg, Billy leaped at the opportunity:

Interestingly, Noble's media appearance did not meet with universal approval:

Blitzkrieg 1942 (July 2, 2009): Why pretend you are a "leader" in the movement?.And we all know you dont have a fraction of those numbers. These media hounds make us all look bad.

and later, when challenged by Stormfront Canada moderator OdinPatrick and another poster:

Blitzkrieg 1942 (July 2, 2009): No not cause division. Just pointing out that his numbers are way off. And why would someone who claims not to be a citizen, even speak to the media.I find it embarrassing that this guy speaks for W.N's. Claiming to have thousands of people Get serious. I would rather somebody a little more important spoke for the movement. Whatever. If thats what speaks for Nationalists? Frankly Im embarrassed to be a part of the "movement" ... Whatever. I personally dont want to thrown into a category. Why cant a Suit and tie guy do interviews. You can try to recruit all you want. But the Skinhead thing is a Serious problem with most successful Whites. They see some tattoed Swastika waving Skinhead and they are gone. Most White people in Canada have relatives that fought AGAINST Germany. Most have relatives that were killed. I personally have relatives on both sides so whatever. However things like Swastikas belong in our houses.Not in Public.Really scares off alot of people. Time for suits and ties. And yes Odin Patrick there may be that many members in that province.But how many actually do anything?Or attend anything? This forum is hilarious. Its No wonder so many people have deleted their accounts...

Because you think he believes himself to have a private army at his beck and call?
Im shaking in my boots
Of course "Blitzkrieg 1942" was roundly criticized by the other posters and his views were not in the majority. However we do find it interesting that OdinPatrick, a man who claims to support freedom of speech, felt so nervous about the thread started by Blitzkrieg 1942 that he moved it to the Sustaining Member's forum. There, Noble himself decided to chime in on the discussion:

Leto Atreides II (July 2, 2009): They chopped up that interview quite severely. I estimated thousands of WN across Canada and perhaps hundreds per province. They reduced that to 'hundreds in Manitoba'. I also specified that many WNs were geared towards taking back all formerly White countries, while others like myself favor a breakaway state. They made it sound like most WNs prefer a breakaway state. Talking with MSM types is always a gamble... Interestingly enough, they asked a sketchy question along the lines of "... Could you tell us what you are not?" I pointed out how broad the query was, and they beat around the bush some more. I cut to the chase and told them point blank that I was a National-Socialist - but I stressed that many, if not most, White Nationalists were not necessarily National-Socialist. In retrospect, I'm surprised they didn't jump at the opportunity to point out that I was a 'self-confessed Nazi' or something along those lines. Approximately half our conversation - the second half - was me describing in detail examples of how the media tended to distort things when discussing White Nationalism. I wonder if the verbal whipping I delivered might not explain a) how little of the interview they ended up using and b) the apparent restraint in doing a thorough butchering of the whole thing. Yes, they did butcher it, but it could have been ten times as bad without too much effort on their part.

So Noble doesn't like the mainstream media filtering his message? We wouldn't normally link to a bonehead's rant, however we would like our readers to see how Noble appears when he's unfiltered:

We have to give Billy some credit where credit is due. He does a pretty good impression of this guy: 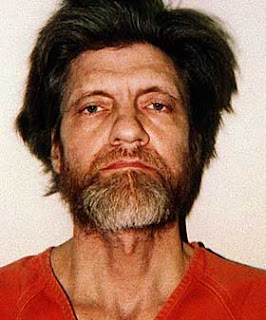 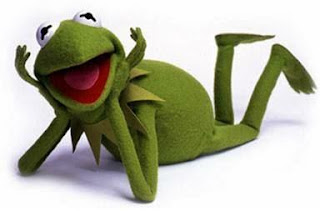 I should be angry with you guys, I laughed so hard I bit my tongue and had to go to da ER.....Sounds like Bill is a candidate for apprehension under the Mental Health Act

thank you for this wonderful article :)

Nothing makes the public swoon like a racist loner with a big creepy beard. If this white power gig doesn't work out he could make a good living doing voiceovers for Muppets specials.

So this is the master race?

What a whack job!

The only reason this post was moved was this. Only the hardcore internet "Nazis" send mony to that joke site. So the the ones in that particular forum are more polite to Kermit. The fact is he hangs around little kids and he is in his 30's. LMFAO
Give the clown enough rope and it will be like Waco Texas again.Except funny this time.

What he says in this video is ripped off from other intellectuals, they do it to make themselves sound half smart.

He's only repeating these things in front of a Nazi backdrop just to back up his racist cause.