I know ARC is running the risk of becoming the "all Goldy, all the time" station on this series of tubes, but damn it if she just doesn't keep providing the fodder on which the blog is currently dining on: 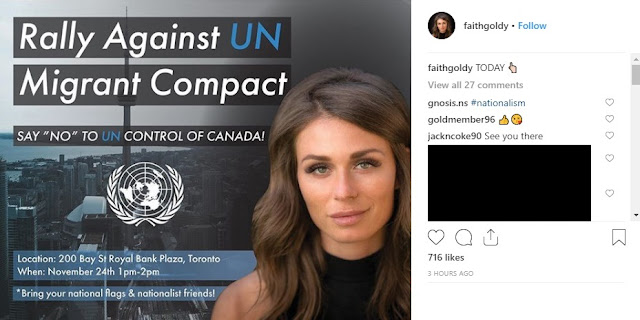 The Global Compact on Migration has become one of the latest hobby-horse of far-right nationalists who tout the intergovernmental agreement as a conspiracy (George Soros' name often being invoked) to diminish the sovereignty of the nation-state. Some nationalist governments have since reject the pact though given that most of these regimes govern countries that (a) owe their existence to migration and (b) are either composed of or (as during the cold war) were leading nations from which refugees originated, one can't help note both the irony and hypocrisy of their stance. In this country Maxime Bernier has spoken out against the agreement which isn't of particular surprise.

Today Goldy and other far-right nationalist held their own protest against the agreement in Toronto. They were countered by what looked to be at least an equal (if not slightly greater) number of individuals who support the agreement or support the rights of migrants and refugees: 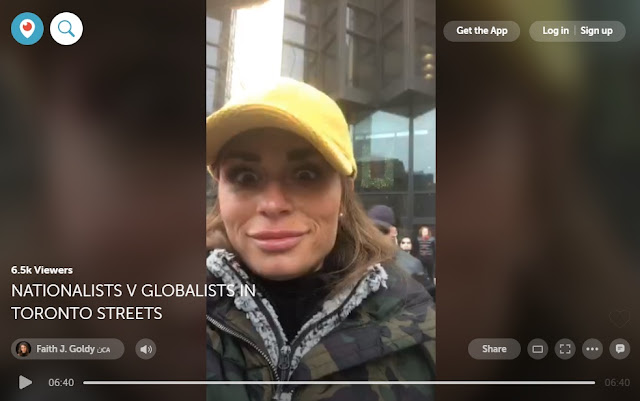 So, that's the facial expression you decided to go with, eh Goldy?

A bold choice. Not one that I would have gone with myself, but you do you.

Along with Goldy were members of ID Canada (formerly Generation Identity Canada), a racist "identitarian" group that she has willingly aligned herself with and who heeded her call to bring their particular nationalist flag: 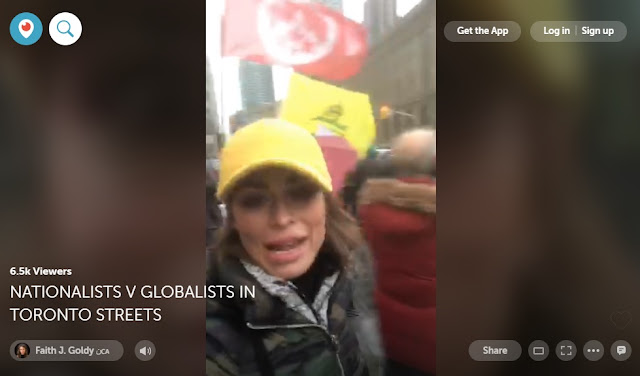 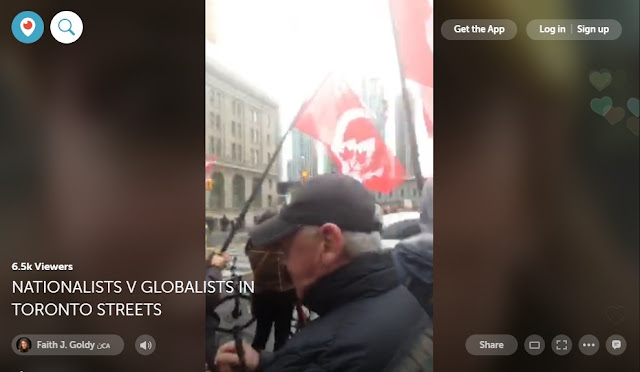 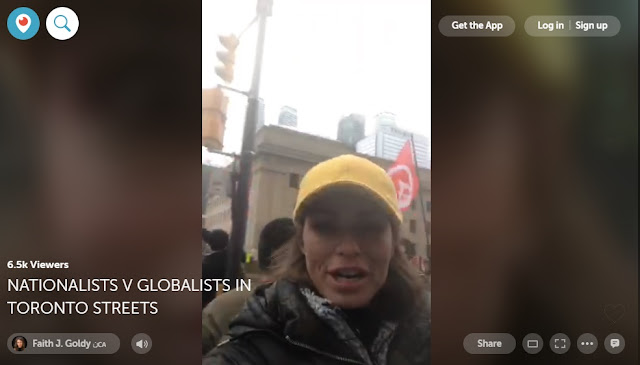 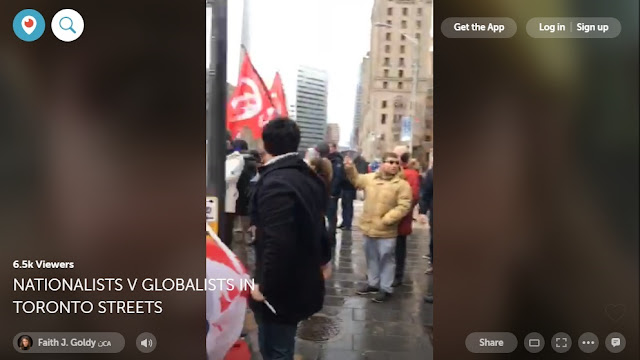 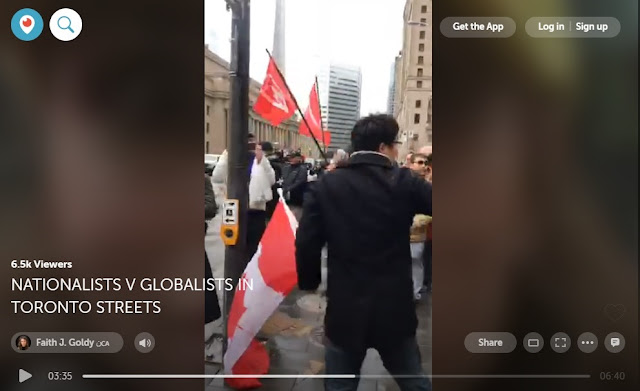 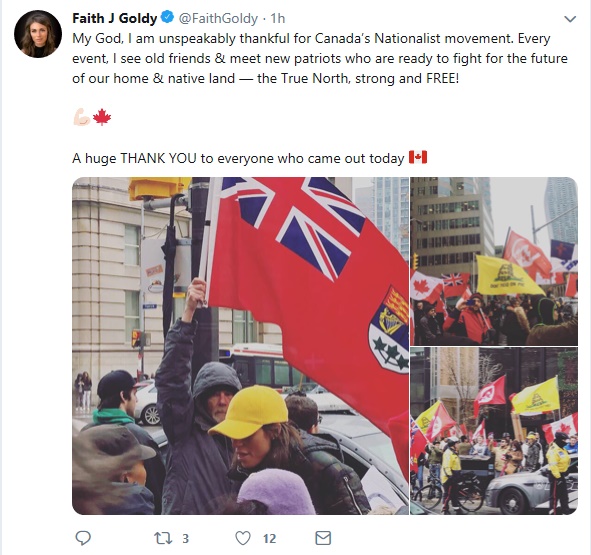 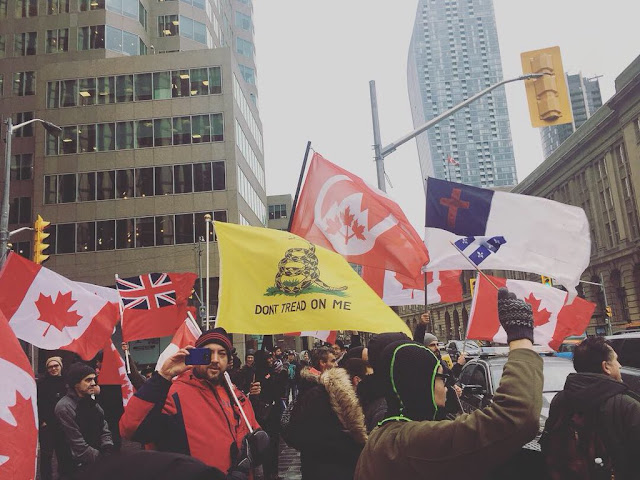 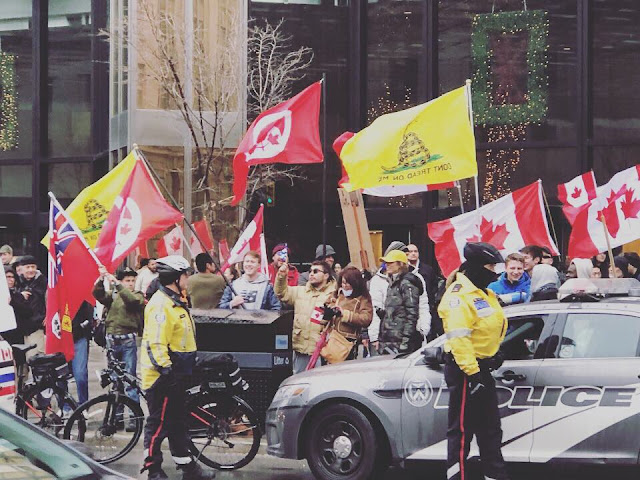 She further retweeted this person: 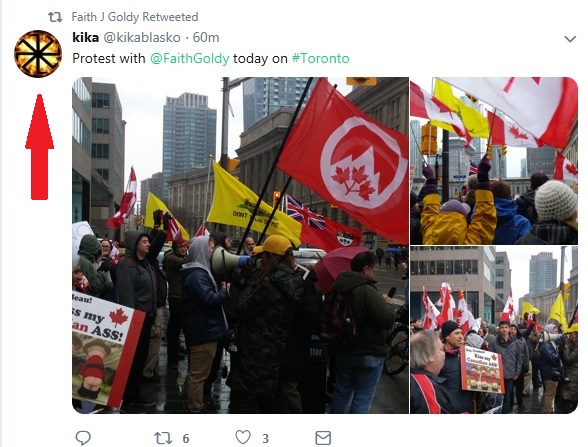 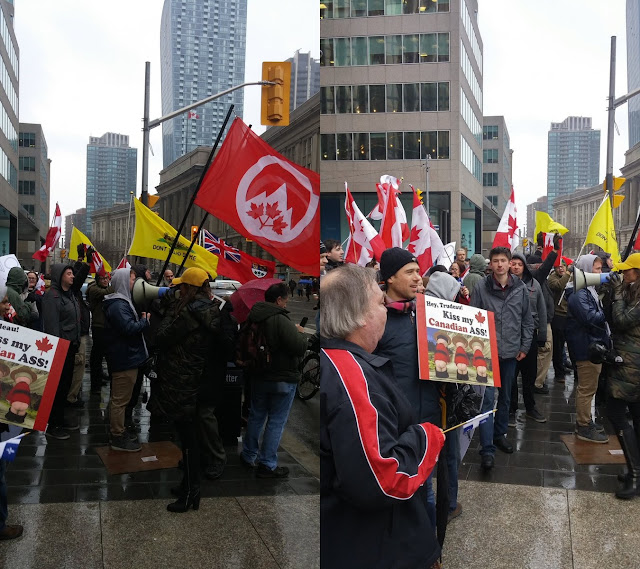 First, retweeting a far-right nationalist with a black sun symbol as their profile seems, at the risk of invoking Godwin's law, sort of Nazish.

Second, what is with the propensity of ID Canada members to gravitate towards ill-fitting khakis as a fashion choice?

No to be fair, Goldy didn't just attract an entire white shade of pale crowd. There were a few POC, including one who is familiar to ARC readers: 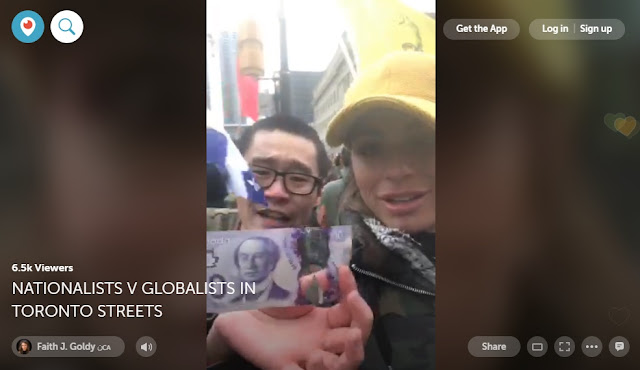 That said, Mr "Hajib Hoax" might be curious about the company he keeps: 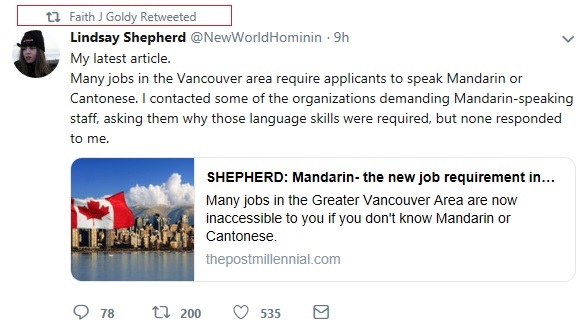 One of the "Chads" (Goldy, ostensibly an adult approaching 30, actually speaks like this) who volunteered on Goldy's campaign added: 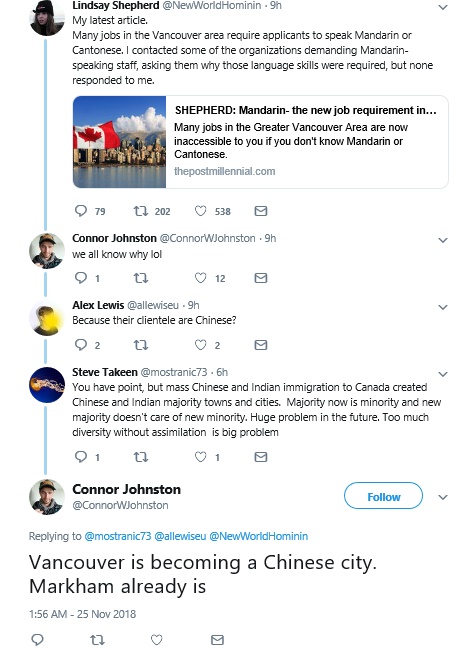 Now, if there is any illusion about Ms. Goldy and the people she attracts, here are a few of the comments left on her video by supporters which suggests the sort of "nationalism" that she espouses:

We speak of people being radicalized online. Here are some apparent examples. Sure, they might not actually carry out their threats or do more than long for the return of fascism, but there are a number of examples these past years who I can point to as having engaged in real world violence.

There's a chance, based on a screen shot sent by someone who has done a great deal of work in monitoring far-right groups, that I might possibly be able to add to this list:

If readers aren't familiar with the name Kane Kosolowsky, allow me to remind you:

Is there any evidence that Kane Kosolowsky was radicalized? I haven’t seen anything in the media as far as motive goes.

Boy is she ever stupid! Canada, as a nation, was built on immigration. If she doesn't like that then maybe she should move to Siberia?