Sometimes it is fun just to watch as a show plays itself out.

ARC has written extensively about neo-Nazi Kevin "No Show" Goudreau for years, probably far more that someone of his relative insignificance deserves. Lately though he has rebranded himself as a "patriot" in order to garner more support which has worked to an extent since he has attracted a circle of paranoid bigots who still don't think they're racists but who really, really, are.

ARC has also begun covering La Meute more which is challenging considering most of the group is in Quebec (though numbers seem to be in decline due to poor leadership) and I don't understand a lick of French. However there is also the Ontario chapter of La Meute headed by Bryan Trottier who have also been active and who has taken a liking to ARC on Twitter.

Both Goudreau and Trottier have presented themselves as strong leaders (they aren't) with incredible intel collecting abilities (they don't) that have managed to identify ARC members (they haven't). They both make threats towards anti-fascist activists that are mostly empty, though to be fair Trottier isn't stupid enough to post these threats in public.... though not smart enough to not send threats through private messages. In many ways, both men are quite similar.

This might be why they seem to hate each other now.

Since "No Show" Goudreau seems to have started this donnybrook on March 10: 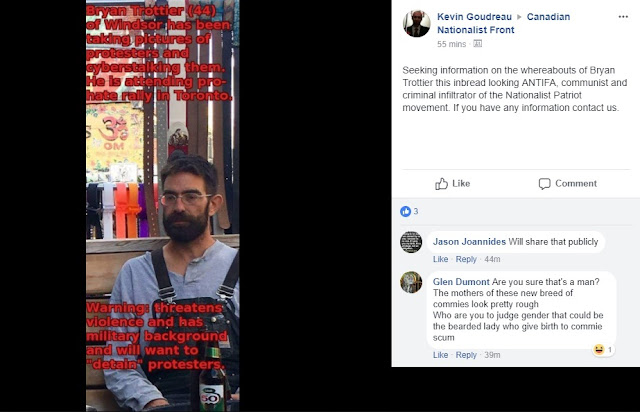 Goudreau followed this post up soon after claiming Trottier was "working with antifa" (because of course he is since this is the go to for these clowns) and then proceeded to threaten to beat him up for calling the police. 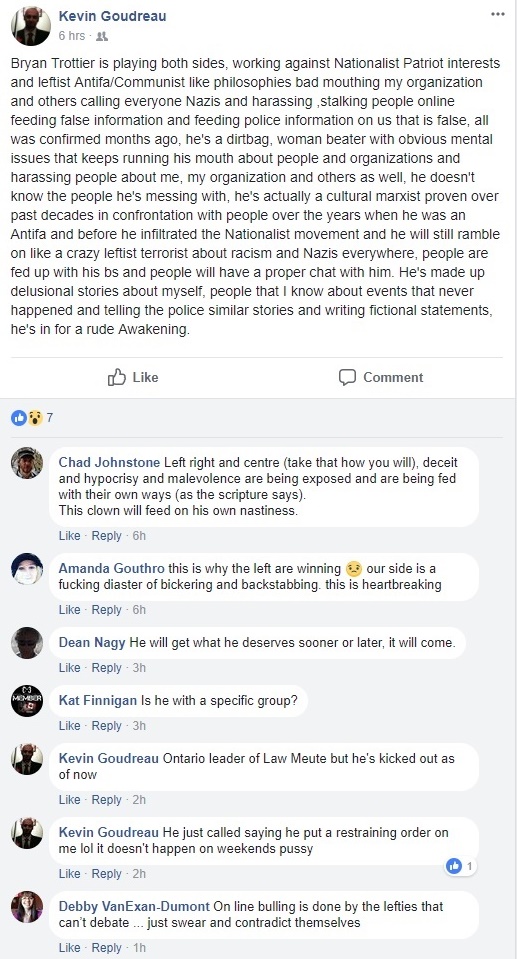 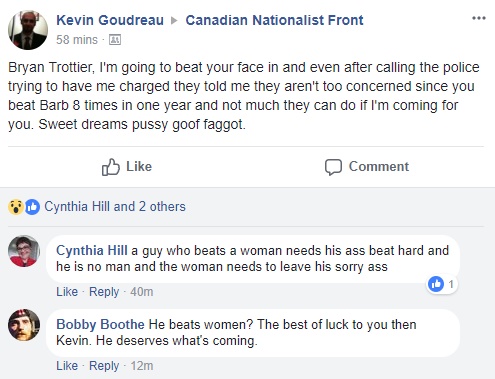 Based on experience, when Goudreau threats to "beat your face" the threat actually becomes even less likely to happen. 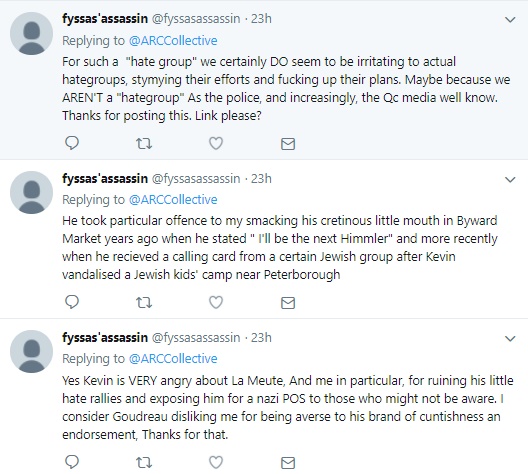 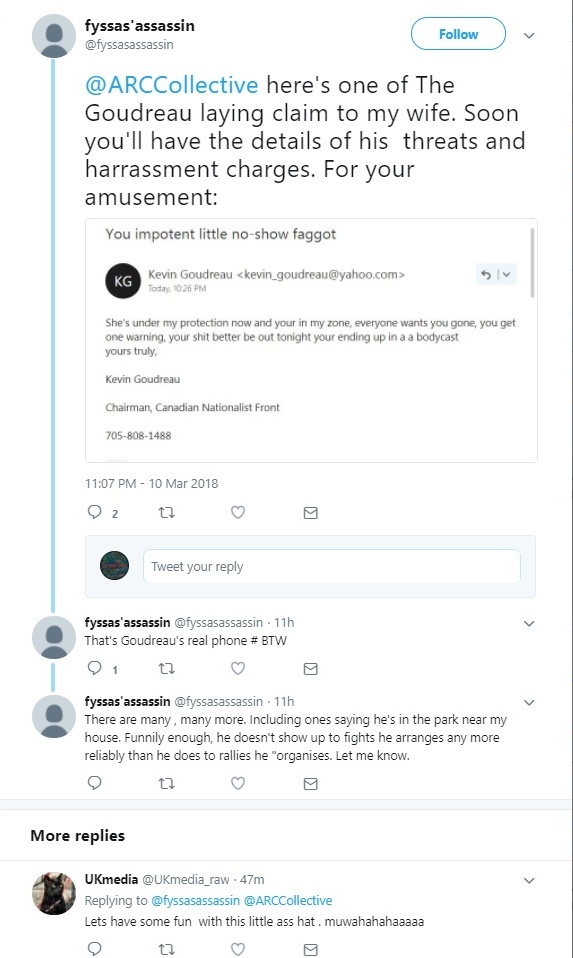 He also offered ARC more dirt on Goudreau which I didn't immediately respond to because I have Trottier on mute as he is sort of annoying online: 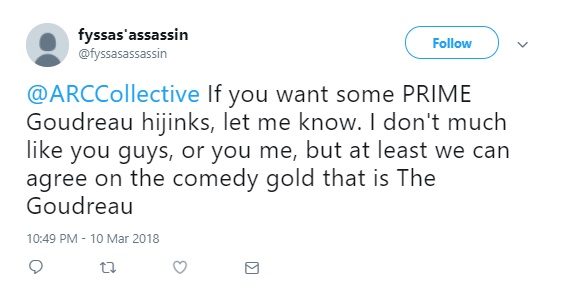 The next day.... or the day after next, Goudreau continued his temper tantrum: 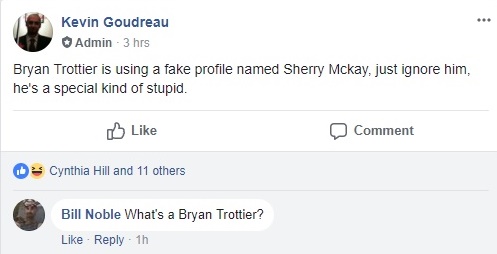 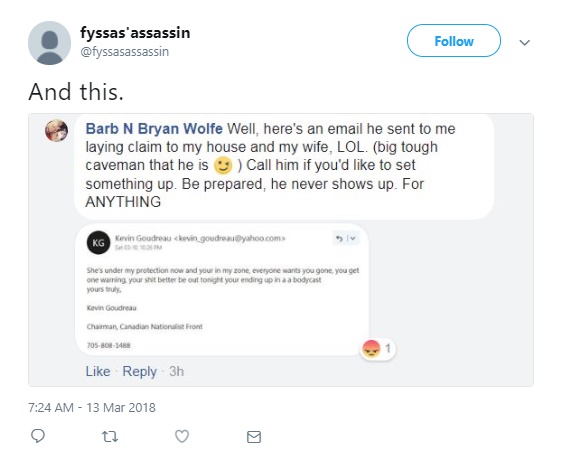 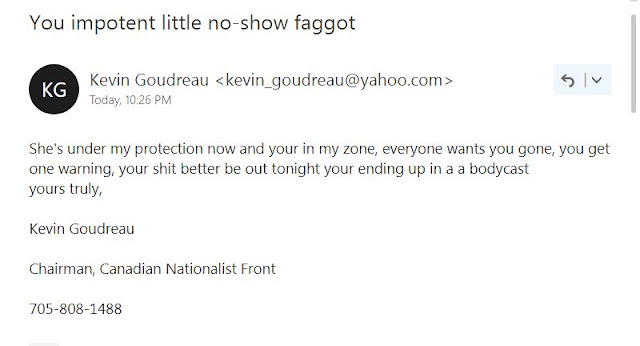 And finally, Goudreau posted more threats in a thread that has continued receiving comments up to and including today: 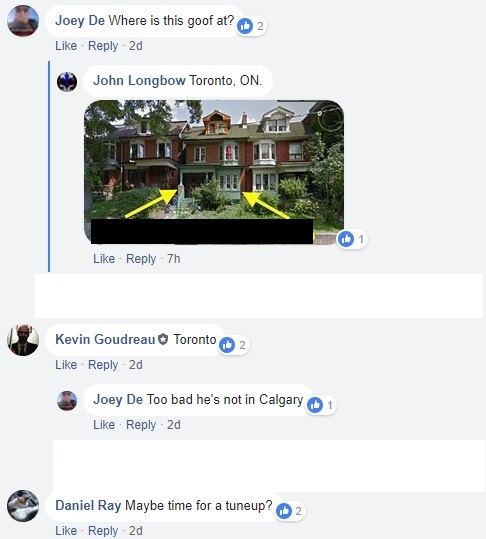 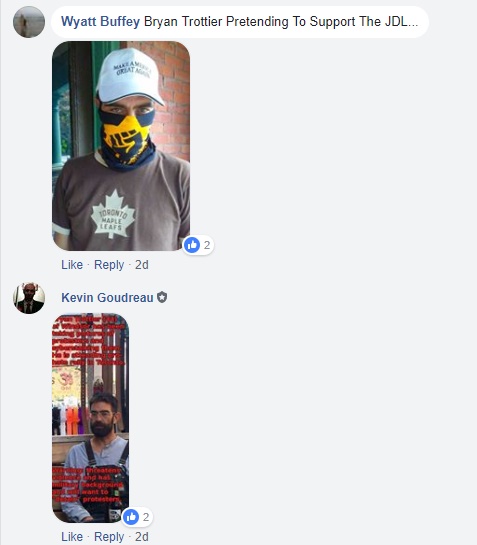 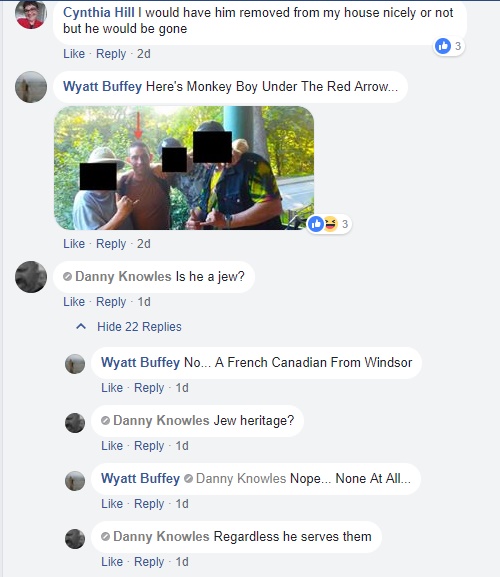 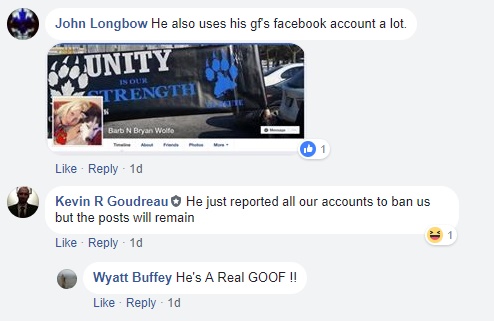 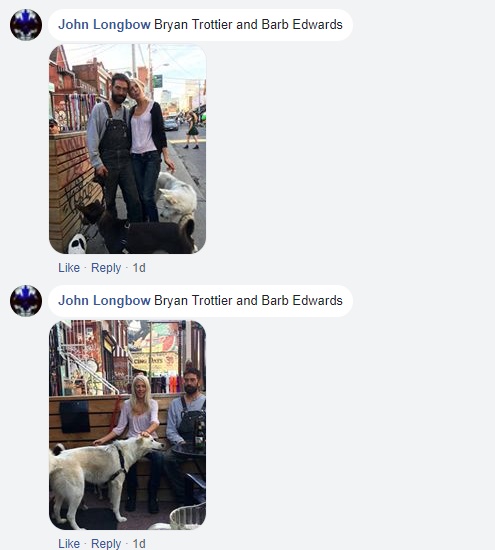 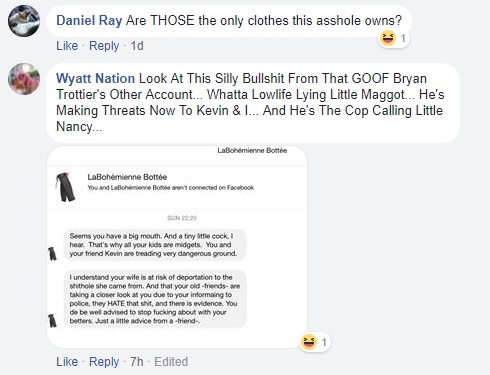 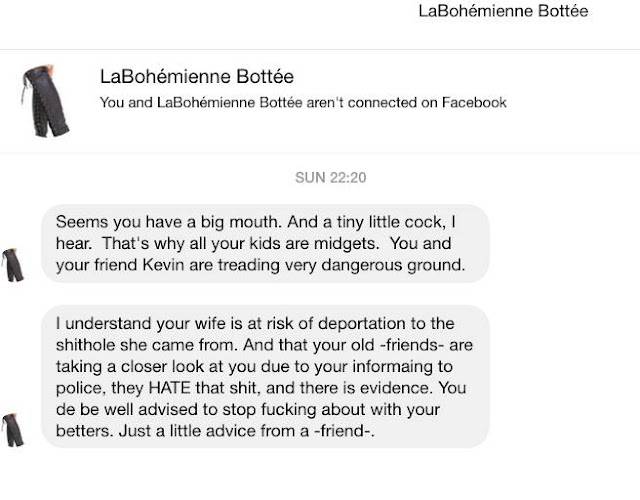 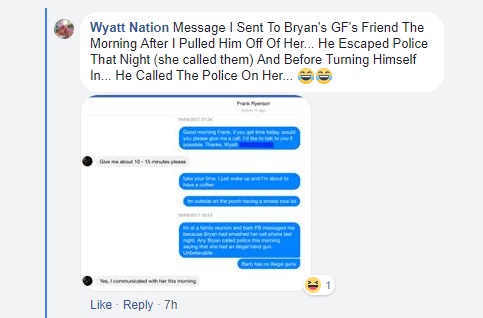 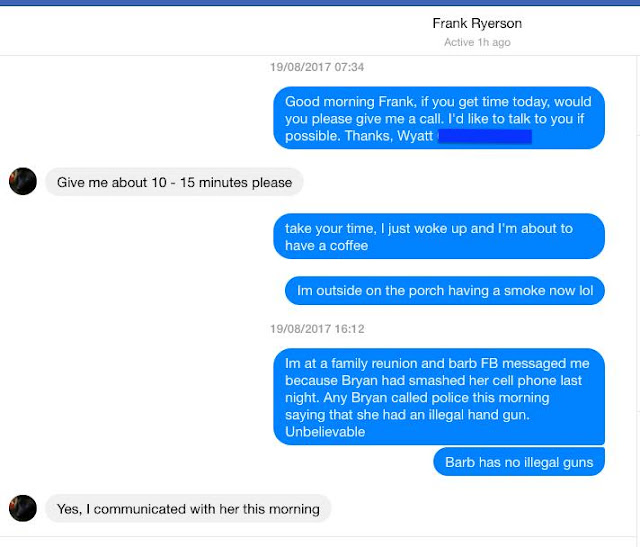 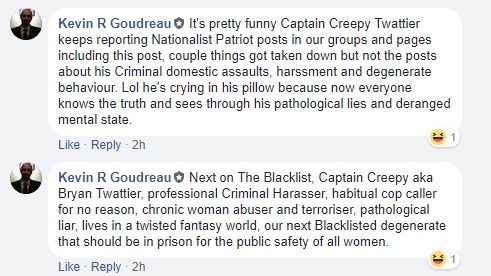 As I wrote at the start, sometimes it is fun just to sit back and watch the show.
Posted by Nosferatu200 at 18:09

You should have flipped and cultivated Trottier. Good work all the same, but a shame on the missed opportunity.

I thought this was the hockey player, Brian Trottier. Was thinking..geez, this can't get anymore epic.

Oh my... I just found out about Trottier. Read his name in the current Now. I vaguely remembered...Looked him up. I went to grade school with him. This isn't a surprise. It's real sad - I can see how his treatment in grade school (and beyond I suspect) could culminate into this. A screw was definitely loose back then... or something... Still, it's weird and upsetting! (Especially since I was in ARA demos back in the day!)