The year 2015 has not been very good for Paulie. In fact, it seems to have been an especially bad year.

Paulie's annus horribilis can actually be said to have begun in October 2014 when we, and evidently a lot of others, received an email contained two photos which featured Fromm and his girlfriend (he was still married at the time) in what we will charitably refer to as clothing which left very little to the imagination. We didn't post those images here (though if you wish to view them here be warned they are definitely NSFW) Paulie's French girlfriend did paint a self portrait of herself and Paulie which appears to have used one of the photos as source material:

When it first came out, Paulie's ideological allies appear to have circled the wagons in order to protect him, but it seems that in 2015 there has been some talk behind the scenes, at least in some circles:

But this sort of only represents a relatively insignificant reason why 2015 will go down as a year Paulie will very much like to forget.

A much more significant, and tragic, event took place on June 17, 2015. On that day an individual who stated in his manifesto that he had been in part inspired by what he read on the Council of Conservative Citizens' website murdered nine African-American men and women ranging in age from 26 to 87 years old in Charleston, North Carolina's historic Emanuel African Methodist Episcopal Church.

At the time of the murders, we noted that Paulie had a long association with the CoCC as a member of the hate group's board acting as the organization's international director. Soon after our exposé, the msm noted Paulie's membership in the hate group as well:


Paulie's initial response indicated he didn't seem too concerned with how the revelation of his involvement would hurt him personally, however we suspect an incident that occurred a month later might be directly linked to Fromm's involvement in the CoCC. We will cover this momentarily.

Following hot on the heels of the news that Paulie was a high profile and leading member of a hate group that in part inspired a racially-based massacre, journalist Stewart Bell published an article that damaged Paulie's personal reputation. The article was the profile of a young man with autism who had fallen into the racist movement and implied that Fromm was manipulating the young man for his own purposes. This alone might not have been harmful in the degenerate world of "White Nationalism," but the revelation that the young man in question (who Fromm brought along to the Southern Ontario Skinhead's 2014 march in London, ON) was Jewish did result in sharp criticism directed at Paulie from Kyle McKee whom Paulie had championed since the founding of the Aryan Guard late in 2006.

Also during the summer this year, Paulie and CAFE lost their appeal in the McCorkill case. This was more than just a loss of prestige, as Paulie was also assigned $9000.00 in court costs. Following in the footsteps of his ill-fated appeal of Richard Warman's defamation lawsuit however, Paulie seems determined to lose even more money: 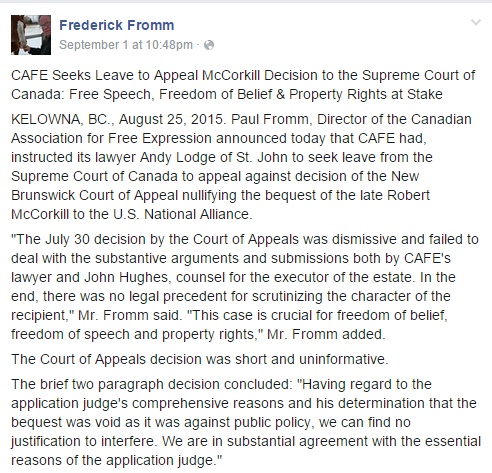 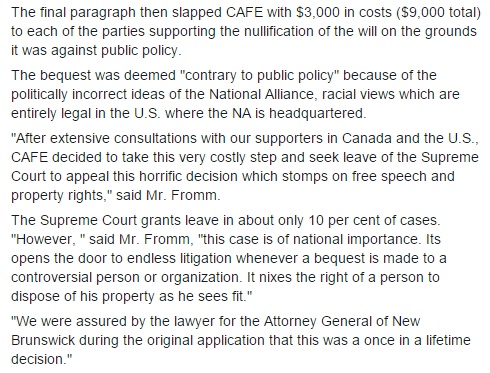 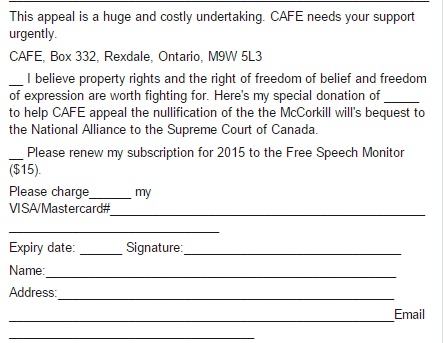 Ah, it wouldn't be a Paulie update without the collection plate being passed around.

Which brings us to the last event in Paulie's horrible 2015 that we wanted to address.

Paulie is known to travel to numerous "White Nationalist" engagements internationally. He is often a guest speaker and we're guessing that he earns a speaking fee. We also know that he brings merchandise to these events (racist books, flags, etc) and take orders from those interested in what he has to sell. In short, his international travel is ultimately of some financial benefit to him.

That international travel however has run into a significant roadblock in the form of the American Department of Homeland Security. In July, Paulie was denied entry into the United States where he was due to speak at an American Freedom Party event in Tehachapi, California. In order to enter the United States, Paulie must now apply for a special visa which takes months for the paperwork to go through, assuming he even qualifies.

Suffice it to say, Paulie has been making a big deal out of this because it really is a big deal. If he can't speak in the United States, his influence and his ability to raise funds is severely limited.

Those speaking out demanding Paulie be allowed to enter the United States might be hurting much more than helping his cause: 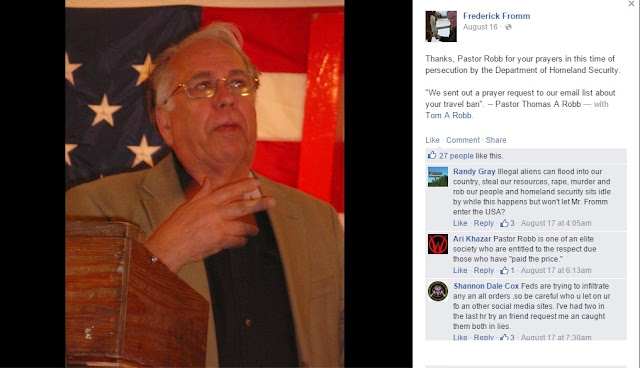 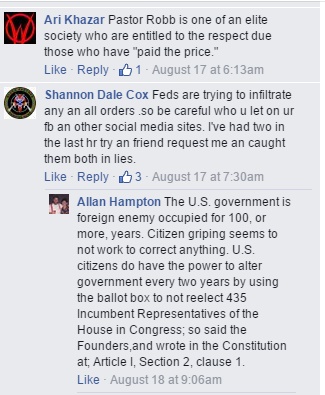 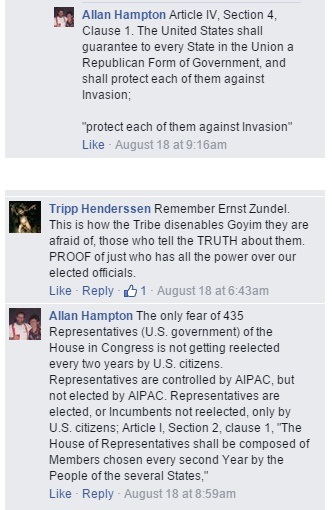 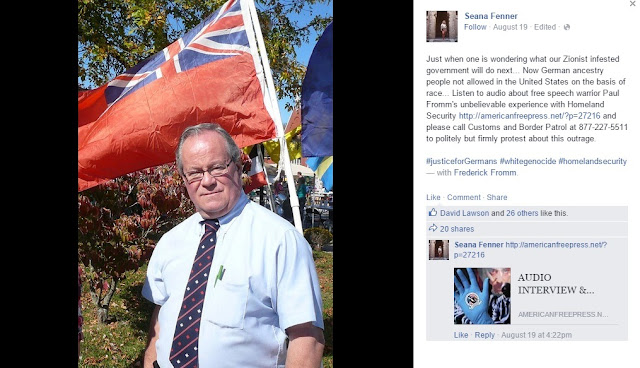 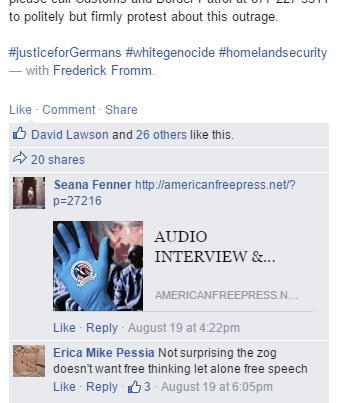 In an August 9 video, Ruhe tells free-speech activist Paul Fromm—identified as a Canadian white supremacist by the Alabama-based Southern Poverty Law Center—that he was informed in July that Capilano wouldn’t be renewing his contract and that complaints about his YouTube videos were the reason.
....
In a video called “Zionist Lies about World War II History”, Ruhe describes Hitler as “reasonable” and “one of the greatest statesmen of our age”. Another video sees Ruhe call the Holocaust a “hoax”.
....
“National Socialist [Nazi] Germany should have been just allowed to grow and evolve on its own,” Ruhe said. “They were basically just uniting the German people. I think they didn’t want to have a war. So I think it would have been better if National Socialist Germany was not destroyed.”

If things go according to how we hope they do, we're hoping that the remainder of 2015 continues as it has been for Paulie.

I'll say this Paulie...he's worked hard for all this. He's earned it.

The white pride March was in 2013 stupid