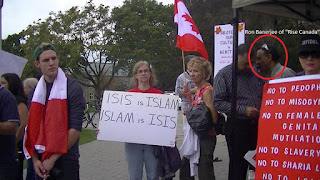 We've spent much of the day watching the fallout from the PEGIDA Canada rally that took place yesterday. One thing that seems clear is that the folks who organized the rally (1) were disappointed by their own turnout (2) were taken completely by surprise regarding the reaction of people opposed to their views, and (3) were horribly naive concerning who would be drawn to their message.

ARC decided to do some informal interviews of members and participants on the PEGIDA Canada Facebook page to get their reaction to what went down and to the involvement of Ron Banerjee: 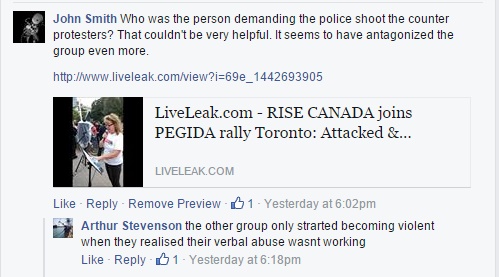 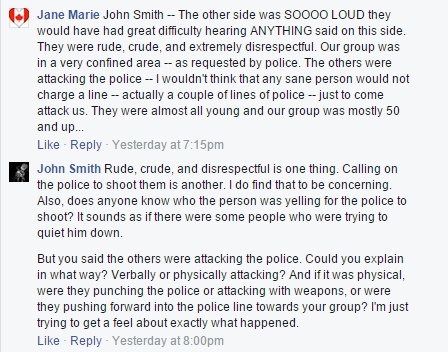 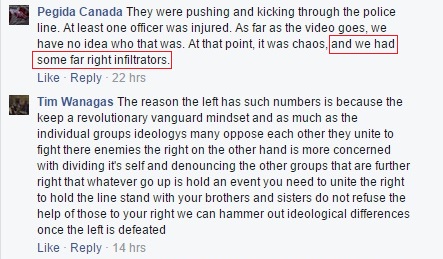 Suffice it to say, the presence of Banerjee was noted and not at all appreciated by those who participated: 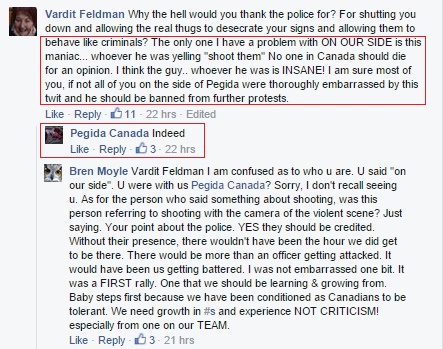 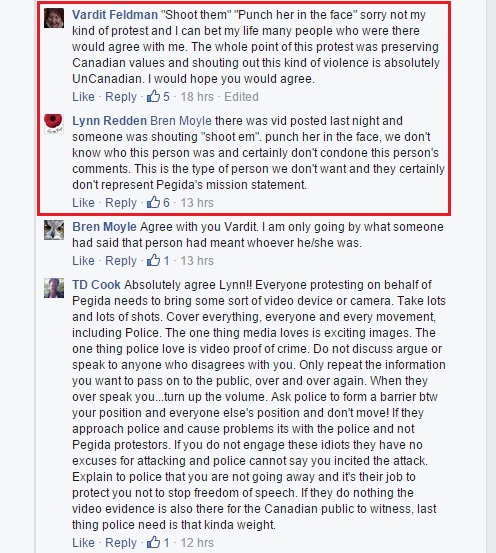 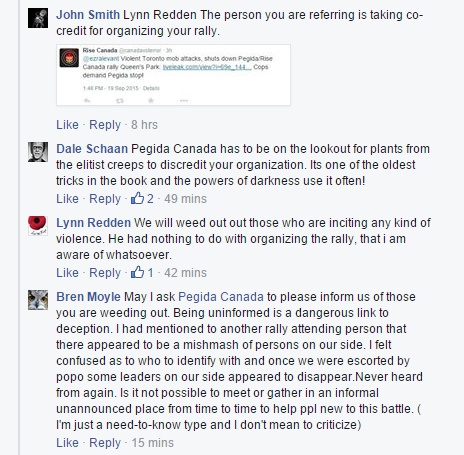 The admission of "far right infiltrators" was something we decided to push to get more information....

.... which eventually led to the promise of a, "disclaimer": 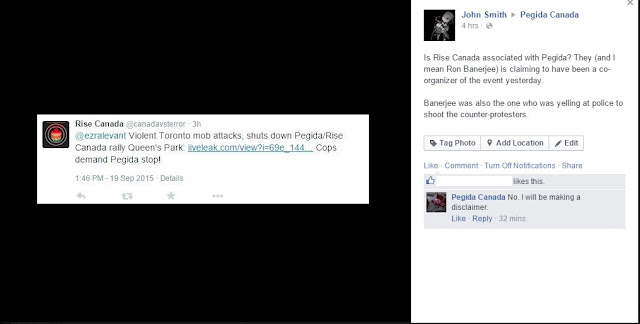 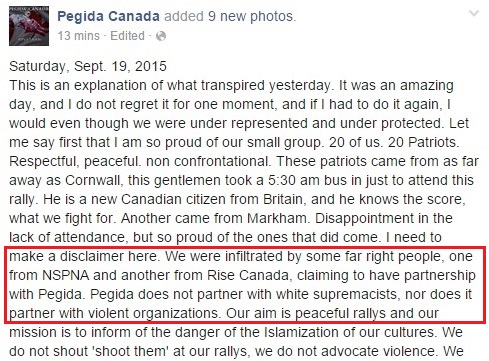 As a further indication of what kind of people are attracted to PEGIDA Canada's message, three individuals whom our readers are already well acquainted with made a cameo. Bernie Miller, Kirk Delmo, and John Marleau, members and past/current associates of the Aryan Guard, Blood & Honour, and/or Volksfront: 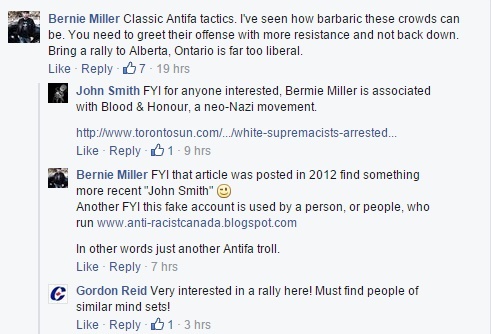 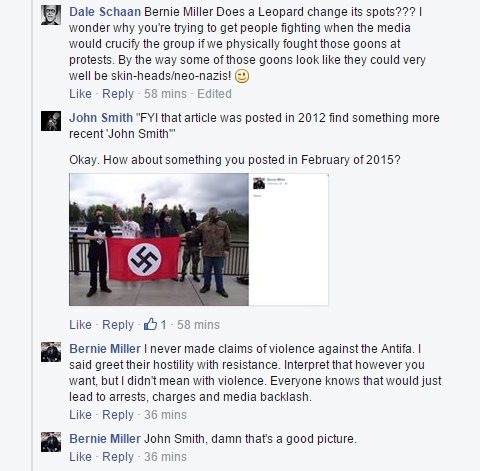 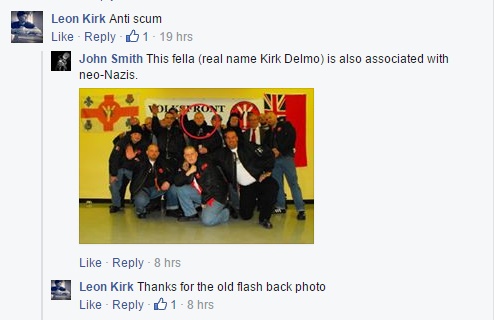 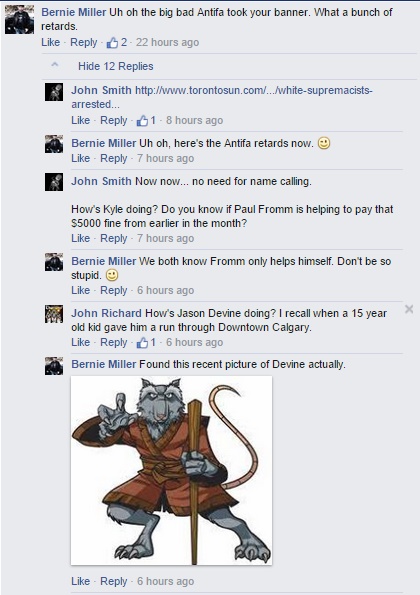 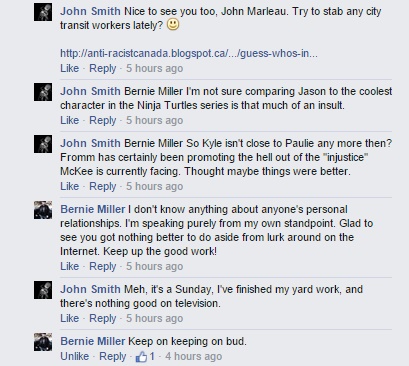 We do have to say we appreciate Miller's well-deserved slam on Paulie who of course needed to include his $0.02: 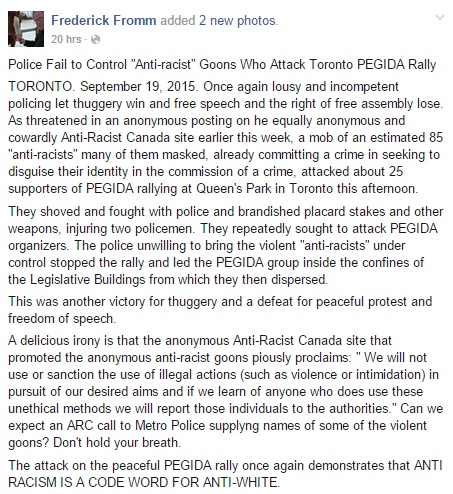 Hey, maybe Paulie could donate to  PEGIDA Canada to purchase a new banner?

Just kidding. We know Paulie wouldn't do that.
Posted by Nosferatu200 at 22:30

Funny that Paulie is supporting Pegida at all since they seem to be pretty pro-Israel. What happened to the "ZoG"?