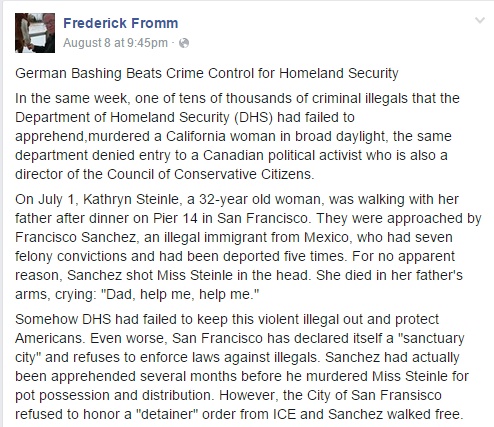 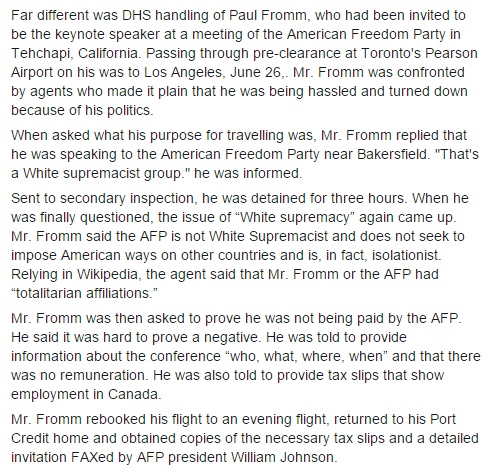 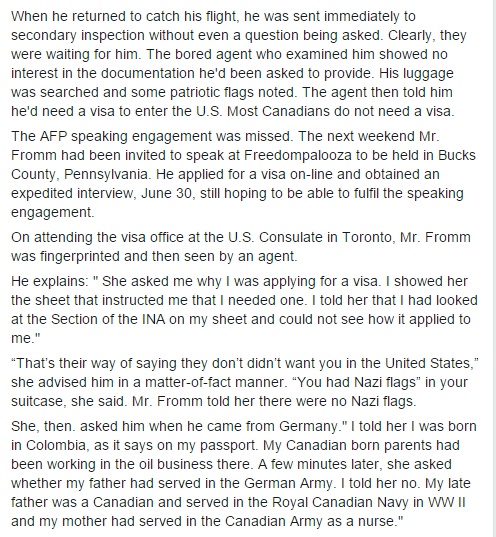 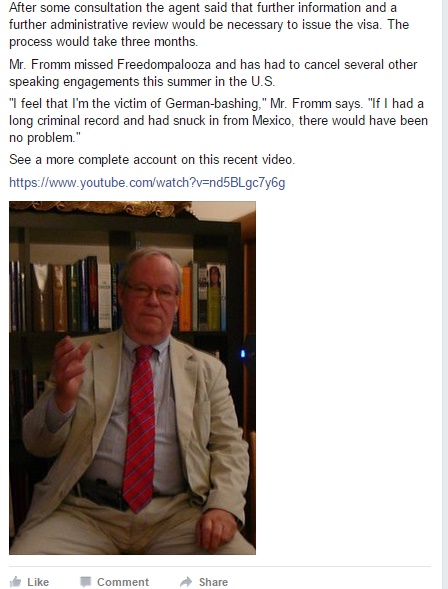 
Hmmm.... wonder how his inability to travel to the United States will affect his income?

Asking for strict immigration laws that leave no 'holes in the net', but once they get caught in the same net they ask for, they start crying.
What a wuss. As a German I can tell you that I never felt the American authorities were bashing me or anybody else when asking these questions. When I tell them my dad did serve and was actually stationed in the US, they have no issues with that.

If however they would ask me about my grandfather, I'd expect a more thorough questioning due to the fact that some of the Nazi cowards fled Germany and went into hiding. As a German I support catching these cowards and bringing them to justice, no matter how old they are now or how long ago they committed their crimes. If these questionings help finding potential leads on those still hiding, I'm all in support of the questionings. It's not 'German bashing'. Especially if you are not German at all.

Mr Fromm, we Germans are actually man enough to defend ourselves if required. Until then it would be great if you start minding your own business, especially since you aren't even German. You can be happy to live in such a liberal country as Canada that allows you to spread your hate and nonsense like you do under the disguise of 'freedom of speech'.

Besides the legal issues you would face doing that in Germany, good and proud Germans would petrol bomb your car, smash your windows and kick you up the ass so hard that you could chew their toes on a regular basis. If you still have teeth left after the first hail of rocks coming at you from hundreds of protesters when you're marching with a hand full of losers through any bigger city.