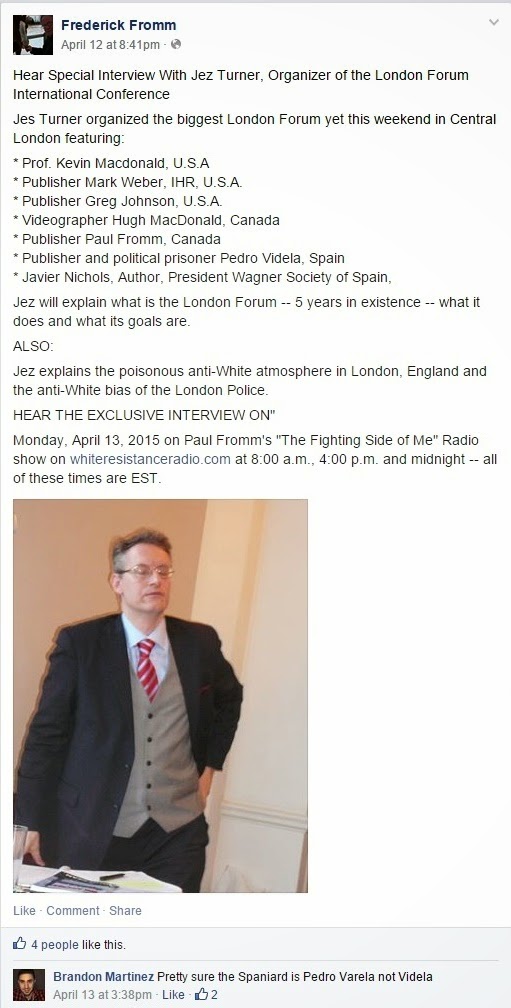 We sort of get a kick out of how Paulie can't even get the name of a keynote speaker right even though the two had posed in a photograph together: 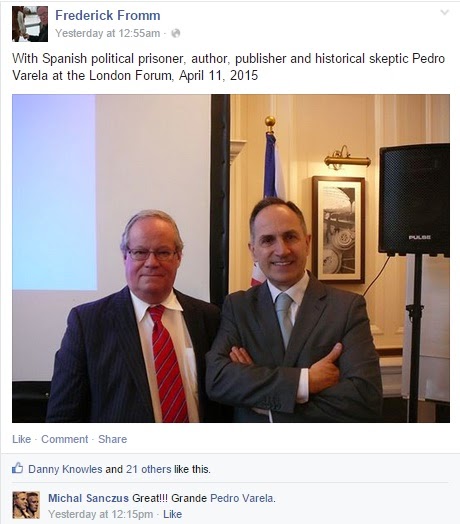 By the way, here is a little bit of information about Pedro here whom Paulie is proudly posing with in the photograph:

At the London Forum, Pedro Varela’s words were carefully chosen, as he admitted shortly after being introduced by the event’s ‘host’, former soldier Jeremy (‘Jez’) Bedford-Turner, 45.

Varela told the meeting: ‘We have to measure our words... I was asking Jez “can I say everything I believe in this forum?” He told me “as long as you do that in an academical [sic] way, in a serious way, it’s possible.” ’

He added: ‘They say Jews have the gold in the world and the power in the press and they are going to rule the world… So, do we have to be realistic, be similar to the officer of the general staff of an army... What are the enemy’s faults? We should also be smart and clever, as are the children of darkness... Sometimes we are not that smart.’

He also appeared to call for a boycott of Jewish shops and businesses, saying: ‘In the Middle Ages, the Jews had all the gold in the world but they were living in the ghettos. They still have the gold of the world and are the masters of it...

‘But now the gold is important for us. It is like a sword. If we say, OK fine, I have no more interest in your gold and your money and your shops and your consuming, the wax sword is going to melt.’ Approached yesterday by our reporter in Barcelona, Varela said, when asked whether he denied the Holocaust: ‘There’s a law in Spain comes into force in June which prevents me from answering that question so I have to be very careful with what I say.’

Asked if he was a Nazi, he said: ‘It depends what you mean by Nazi’, adding: ‘I didn’t live in Germany in the Hitler era but National Socialism offered a lot of solutions that were beneficial then and could be beneficial to modern-day society.’

Paulie also met up with another hero in the world of Holocaust denial: 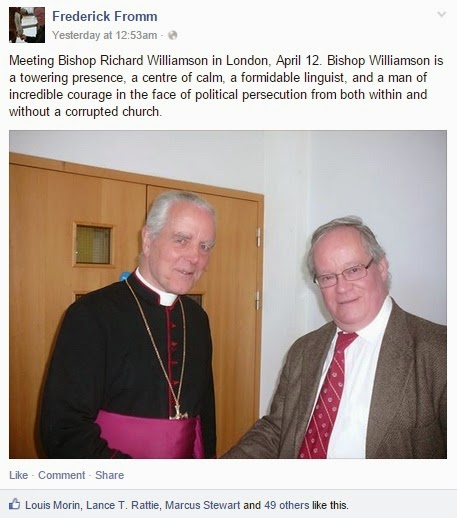 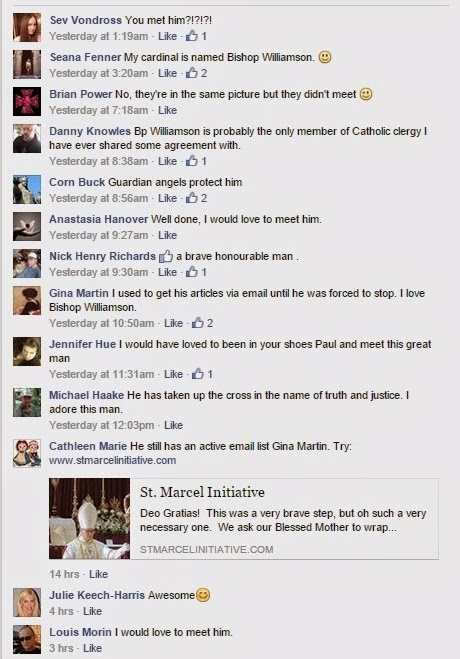 We've mentioned Richard Williamson in the past here on the blog, but if our readers are looking for additional details, one can take a look at the this link.

In any case, talk about the company one keeps.

Paulie himself also spoke at length at the secret meeting: 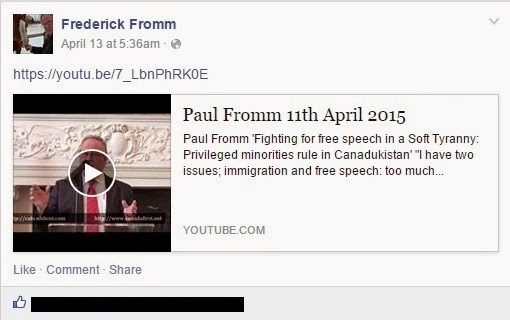 Most of the stuff was the boilerplate speech he gives where ever he goes, but there was one rather interesting bit of information regarding the Topham case was mentioned.

Evidently, it would appear that Topham may be planning on calling David Duke and Mark Weber (of the anti-Semitic Holocaust denying Institute for Historical Review and who was also in London) as witnesses:

There's going to be some important issues at stake. You know the conventional line about the Protocols is that it is a forgery. I always find that to be an interesting def... er, well, accusation. Because if it's a forgery that means there was an original. You know if we have a print here like the Mona Lisa that isn't the Mona Lisa and and we say that it's a forg... well, it's a print or a copy. But there is a real Mona Lisa somewhere. Well, you can see how this is going to get interesting. I'm surprised they want to open this up because Arthur [Topham] is a pitbull. He isn't going to let this go...

So part of Topham's defence will rest on the his belief that the Protocols is authentic and a former leader of the Ku Klux Klan and convicted felon who's PhD. comes from a Russian Ukrainian diploma mill will help to substantiate this claim.

Yes Paulie, we know that the Protocols of the Learned Elders of Zion is a copy of an original work. Historians have known this for close to a century now.


The Protocols is one of the best-known and most-discussed examples of literary forgery, with analysis and proof of its fraudulent origin going as far back as 1921.[8] The forgery is an early example of "conspiracy theory" literature.[9] Written mainly in the first person plural,[a] the text includes generalizations, truisms and platitudes on how to take over the world: take control of the media and the financial institutions, change the traditional social order, etc. It does not contain specifics.[11]

Much of the text is a plagiarism of Maurice Joly's Dialogue in Hell Between Machiavelli and Montesquieu which had nothing to do with Jews or any matters related to religion or race. This history isn't exactly breaking new ground and we don't doubt that if the effort to prove the Protocols is authentic is part of the defence that such an effort will prove futile. But good luck with that Paulie.

Paulie's right. This all will be interesting.

Not for the reasons why he thinks so though.
Posted by Naberius200 at 14:50