We've learned that Richard Warman has won another one. David Icke has paid Warman $90,000 to settle a rather long running libel action:

In 1999-2000, Warman had worked with various Jewish and anti-racism groups to notify public venues in Canada of discriminatory elements within Icke’s mishmash of conspiracy theories. After being provided with material from Icke’s own writings, a number of these venues withdrew permission for Icke to use their facilities in his tours.

In retaliation, Icke included false allegations in his 2001 book Children of the Matrix that Warman was seeking to suppress Icke’s purported exposure of Satanic child abuse and murder.

David Icke made an out-of-court settlement on January 8th paying $90,000 CDN (50,000 GBP) on the eve of a long-delayed trial that was scheduled to begin in Toronto on February 2nd, 2015. The Court order formally discontinuing the claim was issued on 4 March 2015 thus paving the way for this announcement. Insurers for three Canadian bookstores that had refused to stop selling the book after being served with libel notices had previously settled out for $120,000 CDN (67,000 GBP). Information obtained from litigation by Icke against his former US business partner demonstrated that at least 55,000 copies of Children of the Matrix had been sold worldwide.

The settlement includes the requirement that Icke immediately cease any further distribution of Children of the Matrix and remove the defamatory material from any future editions. Warman thanked his lawyers Christine Lonsdale and Elder Marques of law firm McCarthy Tétrault – “They were absolute professionals and I couldn’t have done it without them.”...


While this was good news, we were sorry to learn late last month that our friend Dr. Dawg had lost his defamation action against Free Dominion and Roger Smith. However, though the loss has resulted in a lot of crowing from Ms. Fournier (who has also been bragging about her victories over Warman, neglecting to mention that she got her ass handed to her on the biggest of the lawsuits) as well as folks like former Canadian Nazi Party leader John Beattie, the judgement wasn't exactly a ringing endorsement of the Free Dominion side as well:


Dr. Dawg also proved defamation had occurred, though the judge suggested that the defaming comments could be regarded as fair comment:

Reasonableness is not a legal test when it comes to public utterances: all that a successful defence requires to defeat a defamation action is to show that a statement constituted comment, not fact; had a basis in fact (without itself having to be accurate or factual); and concerned a matter of public interest.

Madam Justice Polowin considered the claim of my alleged support for the Taliban—the cause of my action—to be mere opinion, therefore comment and not, despite how it looked, a statement of fact. My longstanding support for the legal and human rights of Omar Khadr might be construed, she said, as some kind of objective support for the Taliban, even if that is unreasonable on its face. And obviously there was and is much public interest where Omar Khadr is concerned.

Because of the nature of this case, the judge did not award costs to the Fourniers or Smith.

From the point of view of ARC, we do appreciate one part of the judgement:

Since Mark and Connie Fournier have been very vocal in claiming hat Marc Lemire had little to do with the Heritage Front, we find it especially fitting that they would be, indirectly, responsible for yet another legal document attesting to Lemire's leadership of the hate group. Thanks for that.

Speaking of that particular era, look what's on the market in Toronto: 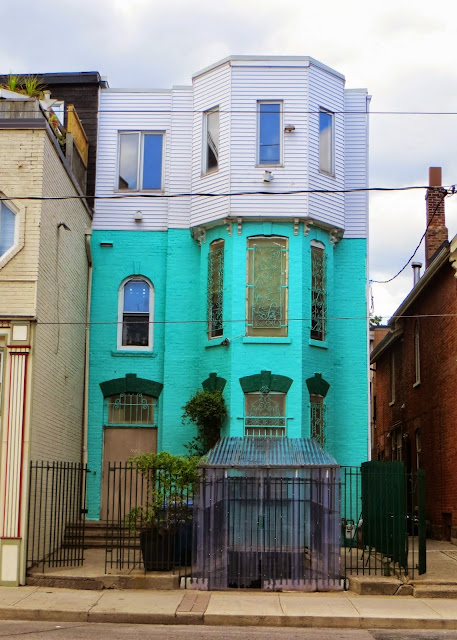 The above photo of the old Zundel bunker was taken when one of our members visited Toronto a couple of years back and decided to take a tour of the old haunts of the Heritage Front. An article in the "Toronto Star" (which incidentally links to "A History of Violence") mentions that there were not photos included of the interior on the real estate listing, however we do have at least one photo in our possession that shows what the basement at one time looked like: 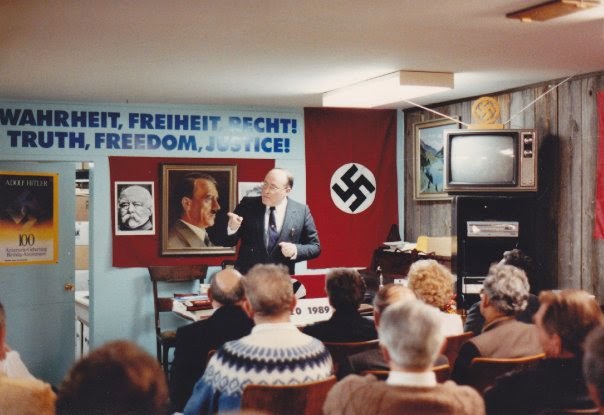 An ex-skinhead, now a counsellor trying to turn around the lives of potential extremists, is warning that Ottawa's plan to fight homegrown terrorism is primed to backfire.

Daniel Gallant, 39, is a reformed neo-Nazi and one of just two people to share his story of a life entangled with extremism in a federally-funded online campaign.

The website, entitled "Extreme Dialogue," is funded by Public Safety Canada and aims to "reduce the appeal of extremism among young people."

It also features the story of Christianne Boudreau, the mother of a radicalized young Canadian who died in Syria in January 2014 while fighting with ISIS.

Today, Gallant is a Prince George-based social worker, helping others make their exit from extremist circles.

And while he may be one of the faces of the new federally-funded campaign, he is also raising concerns about what he sees as the government's over-emphasis on Islamic extremism in the rationale for its new anti-terror legislation, Bill C-51, while largely giving other forms of extremism a pass.

"What we're doing is creating a pressure-cooking atmosphere," Gallant says. "It's as if our government is saying, 'let's bring it to a boil, get 'em out there and then nab them'."

In so doing, he says, "we're asking for extremist responses."

In Gallant's view, the problem with the current approach is made worse by the government's failure to label right-wing extremism, which is often motivated by beliefs of racial purity and white power, as terrorism.

He admits to having committed hundreds of crimes as a former white supremacist, but never once faced terrorism charges.

"Why are we so afraid of applying terrorism legislation" to white supremacists, he asks, "when they're clearly engaging in terrorist activity."

There was a recent example of that just last month when a potentially deadly plot in Halifax was thwarted on Valentine's Day.

At the time, Justice Minister Peter MacKay called those behind it "murderous misfits".

"The attack does not appear to have been culturally motivated, therefore not linked to terrorism," he said.

Meanwhile the social media accounts of two of the accused are filled with either Nazi symbolism or Columbine references.

MacKay's response is only a symptom of a much larger problem in Canada, the failure to recognize a culture of right-wing violence that is deeply entrenched here, says Gallant.

"This stuff is everywhere. It is normalized to the point that if a kid draws a swastika in his notebook and white power symbols in his notebooks, people look at him and don't really think much of it," Gallant says.

The reaction on Stormfront is hilarious (what the hell is a race trader???) and serves to make Gallant's point: