As today is a day where people will be getting together to spend time with their loved ones, we thought we would give some attention to those bonehead, who will be spending this day alone, perhaps eating a can of corned beef over the sink while blaming the Jews for their social isolation.

Our first lonely shut-in is Tomasz Winnicki of London who has been mentioned on a number of occasions on this blog.Truth be told, we think he likes the attention since he frequently tries to get our attention. His efforts are usually for naught and that sort of frustrates him a little bit, however we do throw him a bone sometimes. For example, here is one of his comments concerning our posts on the Southern Ontario "Skinheads":

Yeah, in case it's unclear Tomasz is suggesting that he is the worthy opponent we should be engaging. Have we mentioned that he has a very high opinion of his intellect?

Okay, will give you a shot Tom. Call it an audition for the position of our foil. We'll take a look at one of the comments you made on "The London Free Press" concerning the recent election in Sweden to determine if you are a worthy opponent:

Yeah, when you use an Old Milwaukee beer commercial from 1991 to make the case for "white genocide" you've already lost the argument.

No Tomasz, you are not a worthy opponent. And we will emphasize that point using contemporary examples of pop culture that you may also fail to understand: 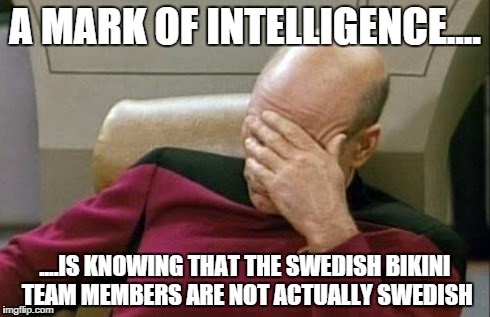 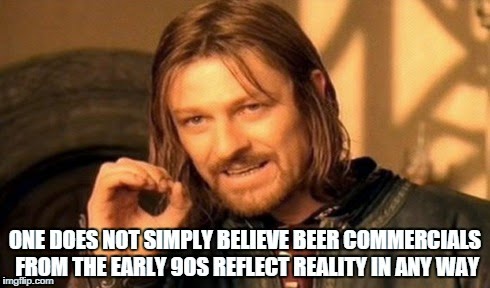 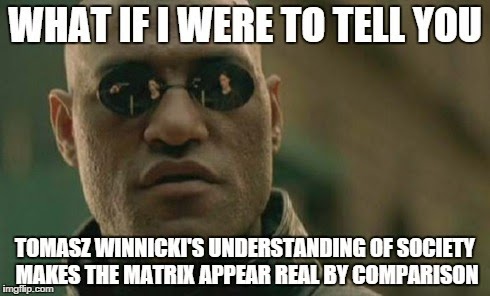 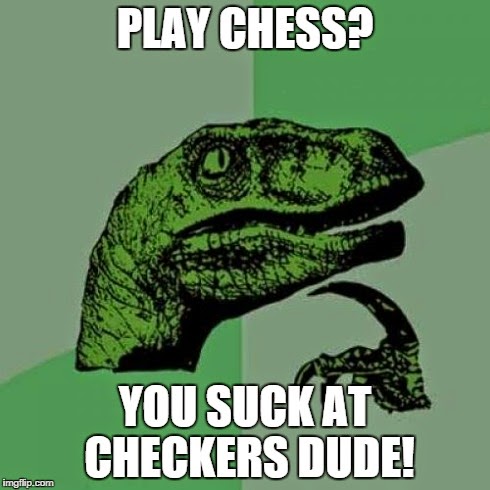 If Tomasz is trying to initiate human contact, perhaps he should give Bill Noble's webpage a shot?


Noble constitutes another one of the other socially isolated boneheads we follow here on the blog. Hey, credit where credit is due. Unlike Winnicki, Noble seems more proactive in his efforts though if one were to measure the level of success of this venture by the number of members it attracts, Bill might be in a little trouble: 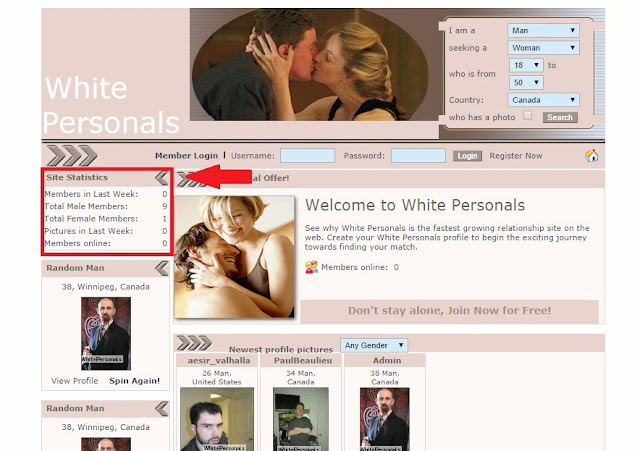 Uhm, nine men and one woman. Noble might want to reconsider his business model. That is when he himself isn't posing for self-aggrandizing paintings: 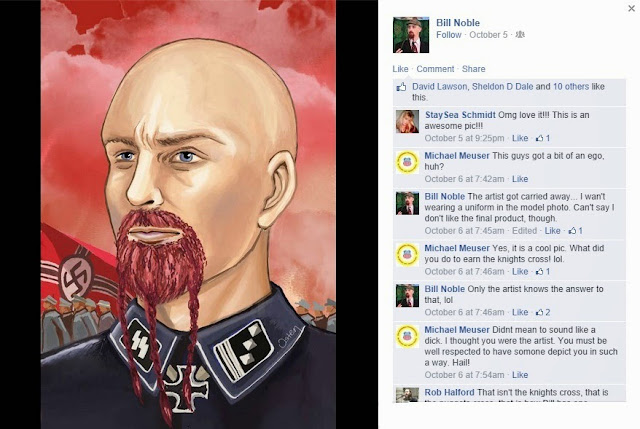 We're not sure that the SS would approve of the facial hair. Noble might want to stick with this look: 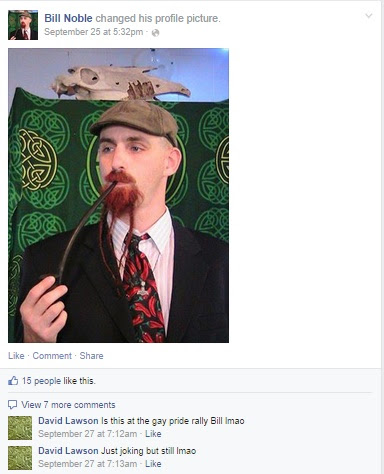 Oh, Dan Hall! Bringing up a particularly sore point for Noble might not be a good way to make friends. 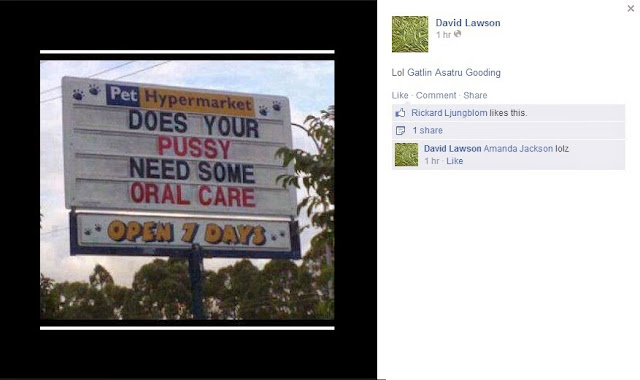 Still, in spite his social awkwardness, at least Hall appears to have found an equal whom he can call friend.

We think think social isolation might be the better option for him. 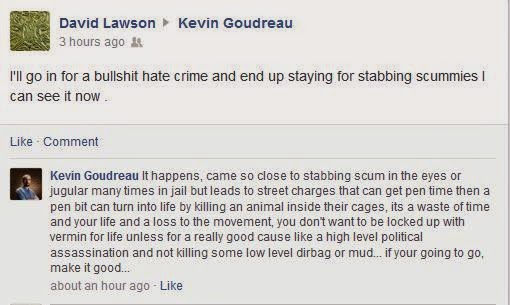 We would tell Hall he could do better, but we don't think he can.

If we could offer him some advice though, it would be if he's trying to intimidate antiracists in a video, stay out of the way of the shell being discharged from the shotgun.

When is the other writer coming back? This one not so witty or funny

Is that 'Aryan gear" the guy is wearing? lol