Jon Latvis: Fan of Right Sector and Hitler (Not So Much A Fan Of Himmler)

Here's the thing though. We know that the situation in Ukraine is not black and white and there is a whole hell of a lot of disinformation on all sides. And neither the pro-Ukraine nor the pro-Russian side come out smelling all that rosy for a multitude of reasons. On the pro-Ukraine side, one of those reasons include the thuggish ultra nationalist party, Right Sector.

Right Sector, at best, are boorish hooligans and at worst neo-Nazis. By any measure, they are not a group one would want to associate with in any way, shape, or form. 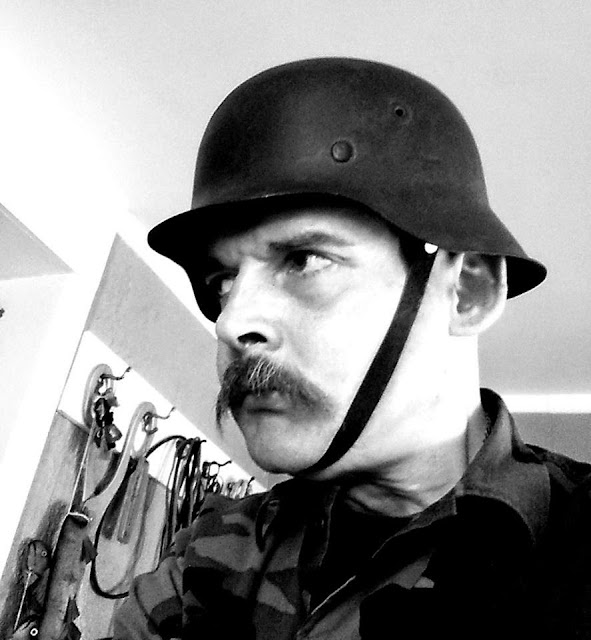 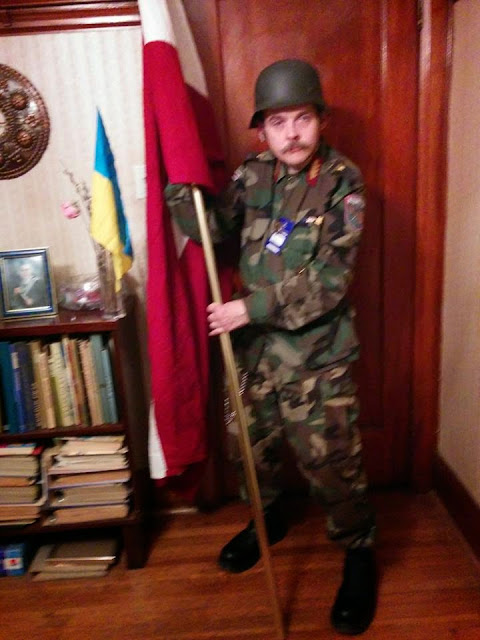 Dude, you really need to get more calcium in your diet.


Latvis has been a familiar face in many of the recent anti-Putin/Russia, pro-Ukraine protests Toronto and he just can't help but reveal his pro-Hitler and pro-Nazi views, though we do find it funny that he is pretty anti-Himmler:

As our readers will remember when he found himself the center of attention in July 2012 and lied about his involvement with right-wing extremism, he's also a fan of Goebbels:


Anyways, the reason why Latvis found himself on our radar almost two years ago is because of the photo he took with Rob Ford which made national news (international as well if one accepts, "The Daily Show" as a legitimate source of information.... which we do). In that photo, Latvis was wearing the uniform of the Latvian Home Guard, a racist paramilitary group. Latvis claims to be the leader of their North American unit.... which sort of stretches the meaning of "home" in home guard:

Not content to be the leader and, as far as we can tell, sole North American member of the Latvian Home Guard, "major" Latvis has taken it upon himself to recruit for Right Sector in Ukraine:


We somehow doubt that Latvis' efforts on behalf of Right Sector will amount to much, but then we could be wrong. Latvis is a very charismat...

Uhm... we mean he presents a very imposing fig....


Really Jon. You're way too young to be suffering from osteoporosis. You really should get that checked out.
Posted by Nosferatu200 at 22:42

Yeah why does this dude stand like that all the time? Looks like his back must be killing him... what a peculiar specimen. Speaking of which i'm anxiously awaiting your post on Mr. "Bee Fresh" the white power microphone assassin... bahaha

I was all excited to see an article about northmore and this is what i get?? Get on it guys get the fuck on it

Jon Latvis suffers from severe degenerative arthritis. If you look at his pictures from his RaHoWa days, you can see he has near perfect posture.

You have stooped down to Nazi-level of thinking, picking on a person because of a disease.

You should educate yourself before slandering a person.

We just suggested that he should get more calcium. Seems that might be good advice.