Over the last two weeks, there have been a few events that have resulted in some coverage in the mainstream press that would be of interest to our readers. The biggest story is the one about the flyer that was distributed by a group calling itself Immigration Watch Canada in Brampton:

Actually, given the euphemistic name the IWC has given itself, we sort of appreciate that they decided to be so overt in their racism. Kinda puts it right out there in the open.

Condemnation of the flyer has been widespread and varied and has resulted in a police investigation, but not to worry. You see the spokesman for the group says that the flyer isn't racist and that it's the people who view the obviously racist flyer as racist who are the real problems:


"That's the standard answer that they all give. They can't think of anything else to say, so they play the race card or call you a xenophobe," Murray said in a telephone interview on Friday. "If we are going to throw around names, I'll call them a bunch of cowards and quislings –  the mainstream part of the population that engages in that type of conversation."

Yeah. Because how could one possible come to the conclusion that the ad is xenophobic? Crazy, right?

Of course the quisling accusation sort of echos the claims of people like Paulie Fromm and his fellow travellers that immigration is akin to a foreign invasion, so that doesn't help their claim to not being racist. Hell, we half expect them to start spouting off the Whitaker mantra.

And it also doesn't help your rejection of the racist label when your flyer results in Bill Noble and the folks on Stormfront showing you a little love:

It might be important to note that Immigration Watch Canada couldn't even be bothered to include a picture of the Sikh community in Brampton that they are attacking. The photo, featuring Babu Singh Dukhiya, are of Indian nationals in India. None of them, so far as we can tell, are Canadian citiizens. Actual depictions of Sikh Canadians who have seamlessly integrated into Canadian society, such as the man in the photograph below donating blood at a Canadian Blood Service clinic and the the city councillor attending the opening of a new hospital, sort of doesn't fit with the nightmarish dystopian future they want people to envision as a result of immigration: 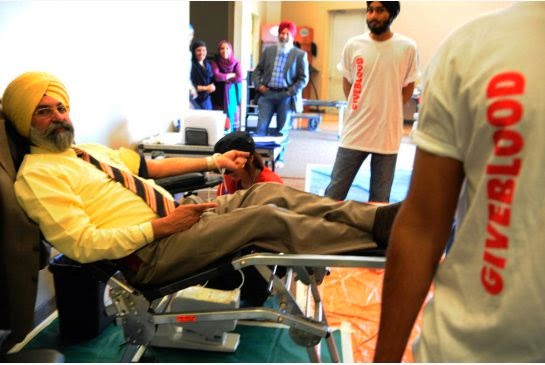 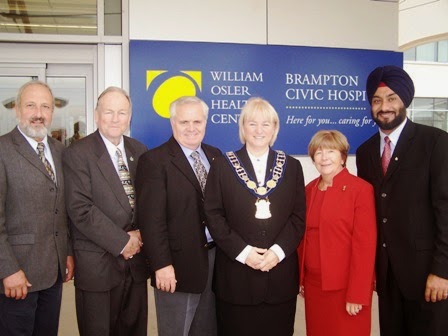 In other news, some boneheads (either actual boneheads or just your standard idiots) decided to engage in a little vandalism. In Ottawa, a number of racist and antisemitic messages were spray painted under the Chaplain Bridge. And today in Calgary a swastika was found spray painted on the door of a synagogue and similar messages found on the walls of a few schools in the area. In the Calgary case the police are looking for three suspects who are described as being 5'10" and in the range of 140-150 lbs.

Cases of vandalism are sometimes a little tricky. It could be a case of a bunch of idiots who want to shock people with what they know will offend people. Or it could be a genuine hate crime by people who harbour racist and antisemitic views. One thing is for certain though. The folks at Stormfront think it is a laugh riot:


The character "Freedom Fighter" is referring to is R.R. who was a then 17 year old member of the Aryan Guard and later Blood & Honour. We had posted about the initial crime as well as the subsequent arrest, and guilty plea, of R.R. some time back. R.R. had fled to Winnipeg and was picked up, apparently, at Bill Noble's residence (though we could be mistaken).

It's interesting that "Freedom Fighter," a self-identified recent activist, would know as much as he does about this case. Then again he also seems to know quite a bit about Kyle McKee and his involvement in the attack on Max Hynes as evidenced in this "clarification":

Yeah. More on "Freedom Fighter" and his identity later. But then our readers probably won't find it at all difficult to determine who he is.

So you think it's ok for the sikhs religion to want to carve out a homeland in our country but if whites want to have space in their own country it's racist ??? I question your integrity .

"So you think it's ok for the sikhs religion to want to carve out a homeland in our country...."

Nope. Didn't write that at all. Never even suggested it. Thanks for playing.

"I question your integrity ."