We had heard yesterday that Mr. Devine and other anti-racist activists had flyered a neighborhood where Aryan Guard members were believed to have lived.

Last night Jason, his wife Bonnie and another male staying with them were attacked in their home by five individuals. The Devine's four children were asleep and unharmed thankfully.

A Calgary anti-racism activist was the victim of a violent home invasion overnight.Police are looking for several suspects after five masked men armed with blunt weapons broke into a home in the 5400 block of 8 Avenue SE just after 1 a.m. Monday.

The men were armed with bats and hammers when they barged into the house. Two men, a woman, and four children were inside the home. The children were asleep and unaware of the incident.

Two men were assaulted and needed medical attention. One had a broken arm that required surgery, and the second sustained injuries from weapons and hand strikes to his body.

The five masked men then fled the scene in a dark-coloured SUV.

Jason Devine, a member of Anti-Racism Action Calgary, says he lives in the home and was beaten on the back with hammers. Another man was also injured.

Jason's wife Bonnie Devine ran unsuccessfully for mayor in last month's municipal election. Jason claims he and his wife were targeted for handing out anti-racist pamphlets.

The police have no confirmed suspects at this point and are also trying to determine a motive for the attack. Police will be responding to this incident later this afternoon.Anyone with information about this violent offence is asked to call Crimestoppers at 1-800-262-TIPS (8477).

Jason provided the following information himself concerning the incident:


At 1:30 AM 5 males carried out an armed home invasion on the house of Anti-Racist Activists Bonnie and Jason Devine. Bonnie Devine recently ran for Mayor of Calgary in the 2010 municipal election. This is the most recent in a long line of attacks on the Devine's. Every time their 4 children were asleep in the home.

The armed assailants overwhelmed Jason and a friend who was visiting. They repeatedly beat Jason and his friend with blunt objects. His friend was bludgeoned throughout the head area and sustained a broken arm. Jason was surrounded as each assailant took turns beating his head, back, body, arms and legs, sustaining stitches and a concussion. Both were rushed to the hospital to receive treatment.

We will provide more information as it comes in to us. Suffice it to say that it would be far too much of a stretch if this was a coincidence.

More media:
UPDATE: Photos of both Jason's injuries and damage to his home. Note that nothing was stolen from the residence. 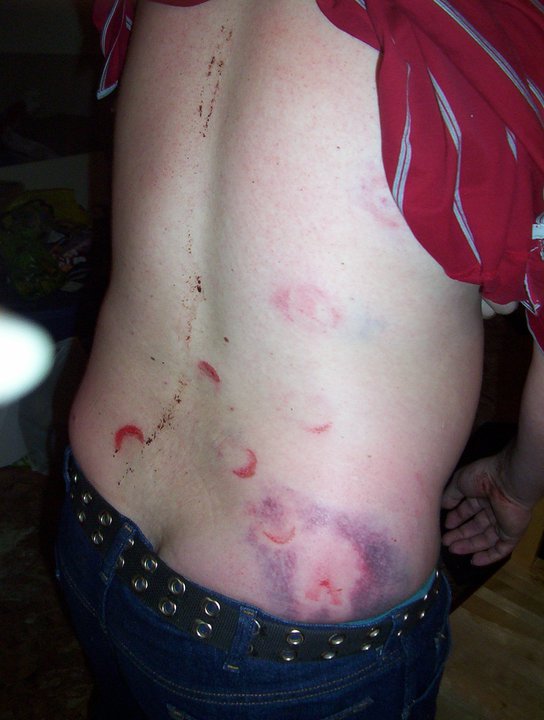 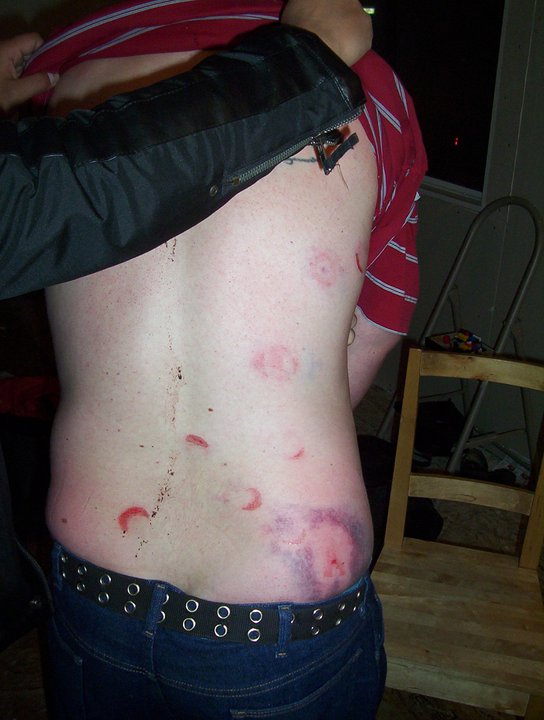 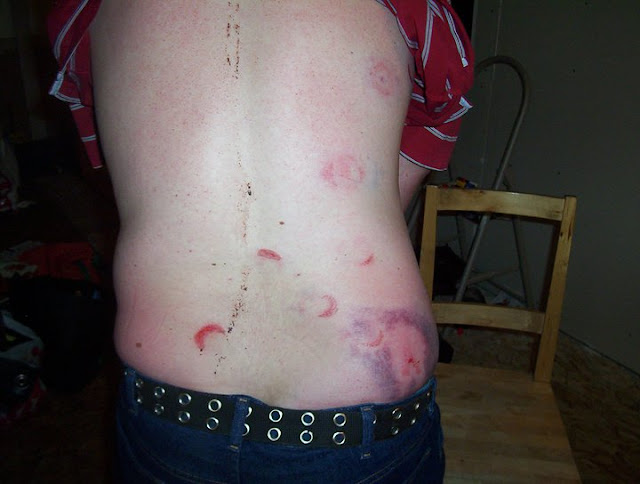 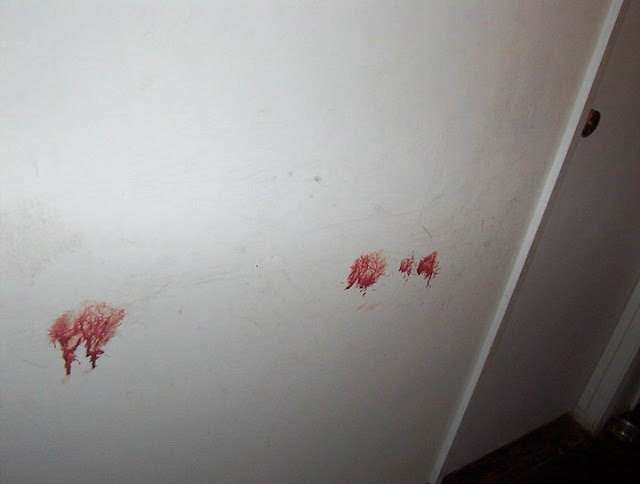 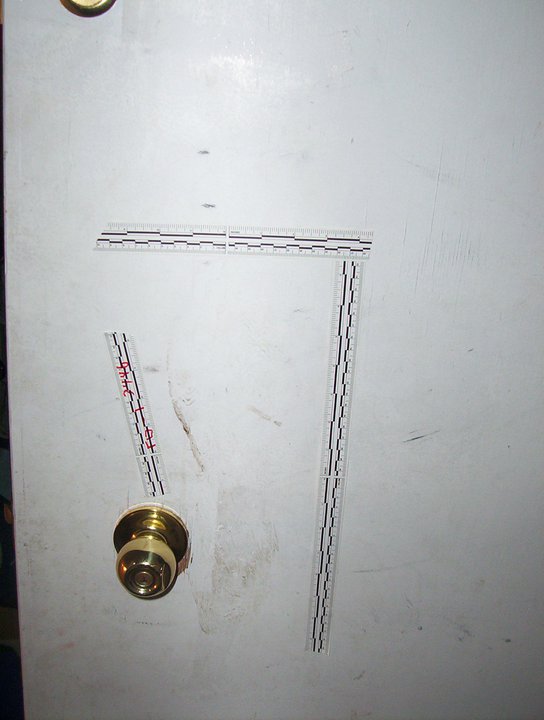 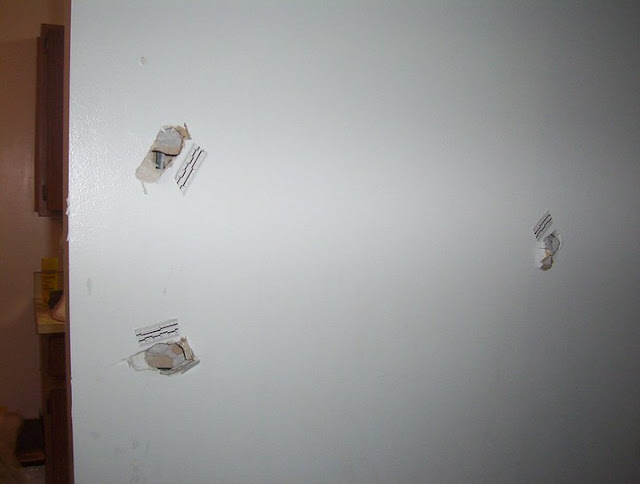 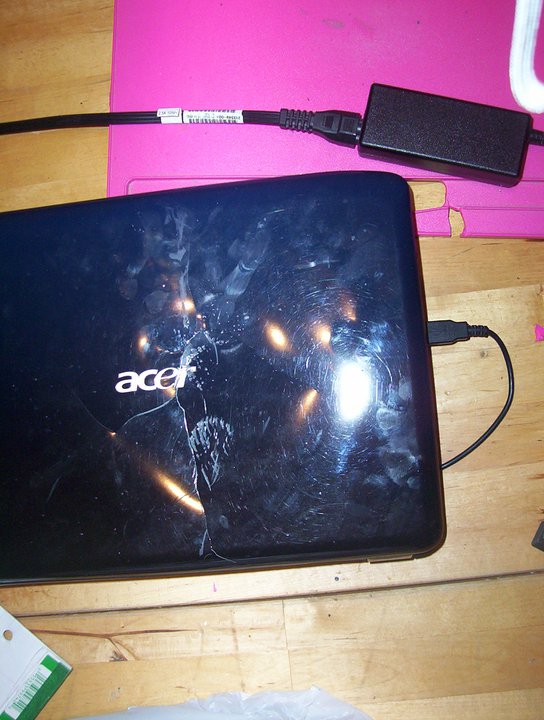 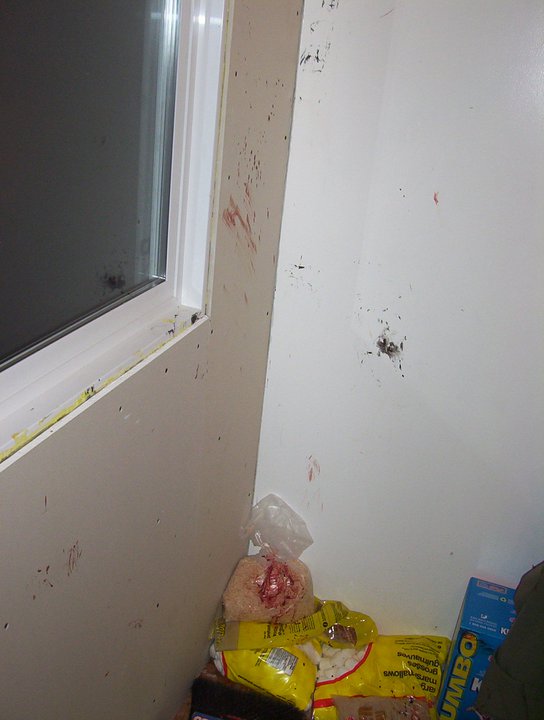 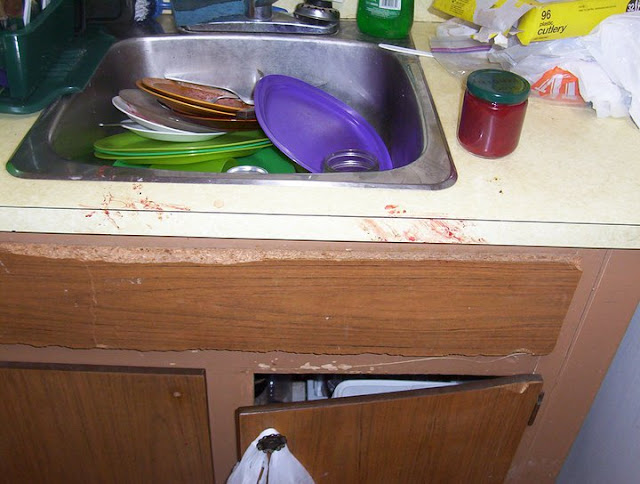 I don't always agree with Jason Devine, but would side with him any day over the racists living here (or anywhere). But this entire thing makes me sick. As a citizen of Calgary, and a mother I am appalled and cannot imagine living with children wondering when the next cold blooded attack might come. I commend Jason and Bonnie for their continued activism and look forward to the day these bone heads have to lay out or better yet, leave the city!

So... when do the goons on stormfront start accusing the Devines of orchestrating this themselves?

Hope Jason and his friend get back to 100% quickly.

Little do these boneheads know it but this is exactly why they will never gain any support except from like minded renegades.These thugs aren't really activists as they pretend/hope but rather just an attempt at Lord of the Flies.

It is good to see people fighting racism in western Canada.

I read about the attack in the Globe today and was likewise appalled. I have infinite respect for people like Jason and Bonnie Devine who have no personal vested interest in this issue other than the desire to seek a more just society. I am the father of a mixed race family living in Guelph and definitely have a vested interest in this issue. I am grateful to the Devines for their efforts in this area and send my condolences for their injury, support for their cause. I can only express dismay and disgust at such a cowardly act.

In the globe and mail article it said they would be fundraising to replace their front door. Any idea where and how I can donate?

The "goons" on stormfront are already blaming it on "asians." I admit it is horrible to see these things happen in calgary. But we as calgarians are far too reluctant to do anything about it. I have encountered and confronted racists before during rush hour transit in calgary whie they are harassing people. When i have done so i have been looked at by others in calgary as if i have two heads. Wake up Calgary! These are the people that our parents and grandparents fought and died to stop. Nov 11 is coming up, keep that in mind. Do a service to our veterans, confront racism where it exists and stomp it out.

I am so sorry that this happened to you and your family. I was sickened when I saw the news today.

thank you Bonnie and Jason for taking a stand against violent racism, and hate in all of it's forms.

I extend my support and wishes to Jason and Bonnie for a quick recovery. The racist garbage of Calgary have no idea how this fuels the movement against them. It is only natural for stupid animals to behave like stupid animals...they are so predictable and that is actually to our advantage. Keep it up scumbags, it makes it so much easier to identfy you all.

I too am wondering how I can donate to Jason and Bonnie. If Jason and Bonnie are reading this, please do not despair or be discouraged...you are far from being alone in your cause.

Come on guys, I'm sure AG/WEB have a lot of better things to do than track down every Devine residence in order to attack them... such as meth, and trying to kill each other over petty disagreements...oh yeah, and preserving our racial heritage. Forgot about that one. ;)

On a more serious note, I'm wondering how white supremacists keep managing to find Bonnie and Jason's house each time (even after moving on several occasions)?? AND getting away with vandalizing/attacking their home each time? These guys aren't exactly known for their intelligence...

been a while since I've been in town. I'm not overly surprised to hear about this either. Nor am I especially surprised about the apparent escalation of violence against the Devines. This is the second time the scrazis have conducted an assault on a location with children present. Pretty cowardly if you ask me, even most criminals wouldnt pull a job like this one. I sincerely wish every white nationalist in Calgary contracts rabies and necrotizing fasciitis simultaneously, and has a horribly lingering and torturous demise.

"On a more serious note, I'm wondering how white supremacists keep managing to find Bonnie and Jason's house each time (even after moving on several occasions)?? AND getting away with vandalizing/attacking their home each time? These guys aren't exactly known for their intelligence..."

You live in a bubble? Has it ever crossed your mind, that perhaps some of the CPS/EPS/RCMP don't really care for Communists or the Devine's in general?

They would have all the info the AG needs, in regards to the Devine's address etc. Cops are some of the most dishonest people to ever walk the planet. I know first hand that cops do shit like that.

Maybe an updated "who's who" in the Calgary skinhead scene is in order...it would appear that a lot of the information is outdated & there's many new faces/people that are no longer a part of the filth!