On Saturday September 12 the Canadian Coalition for Firearms rights organized a march in Ottawa. It was attended by probably between 2000-3000 people. 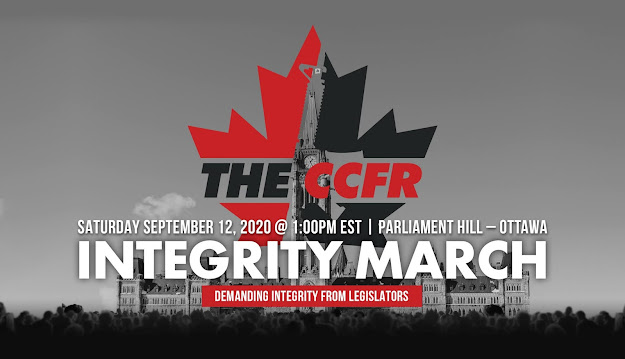 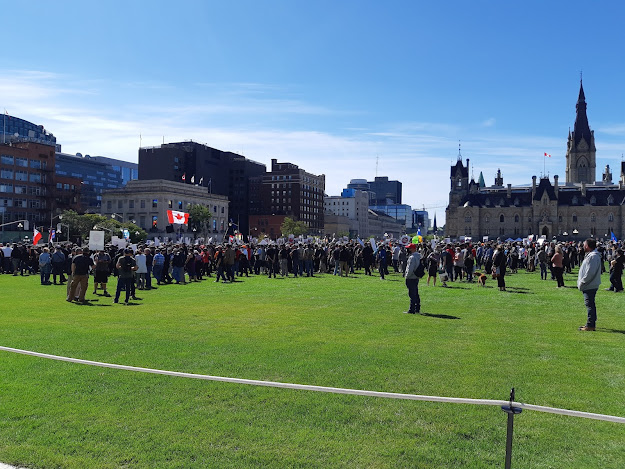 Also credit to the CCFR for promoting the use of masks and social distancing for the event.

The rally was a decent size but it's important to point out that it was attended by some members of the Canadian far-right. Neo-nazis Paul Fromm and Thomas Liko were both in attendance. 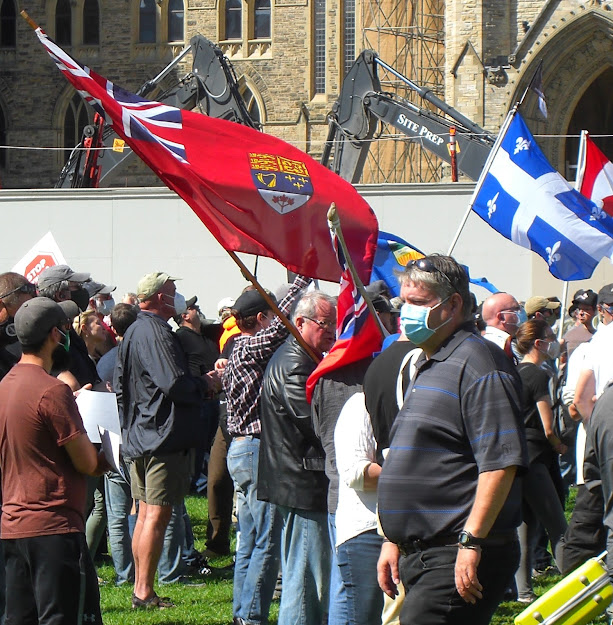 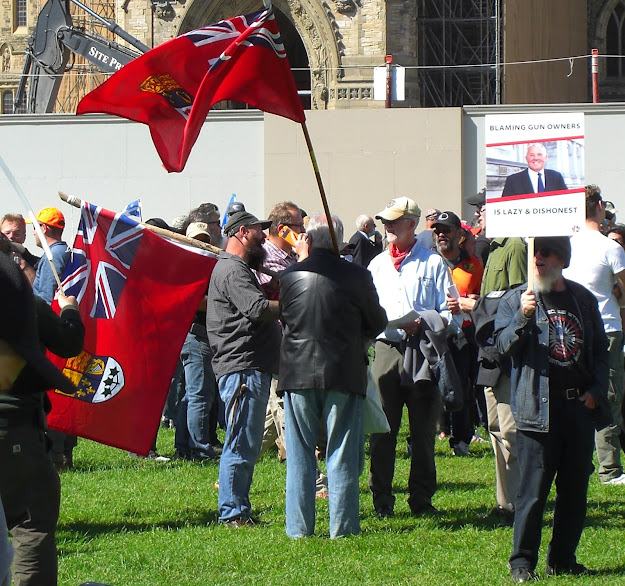 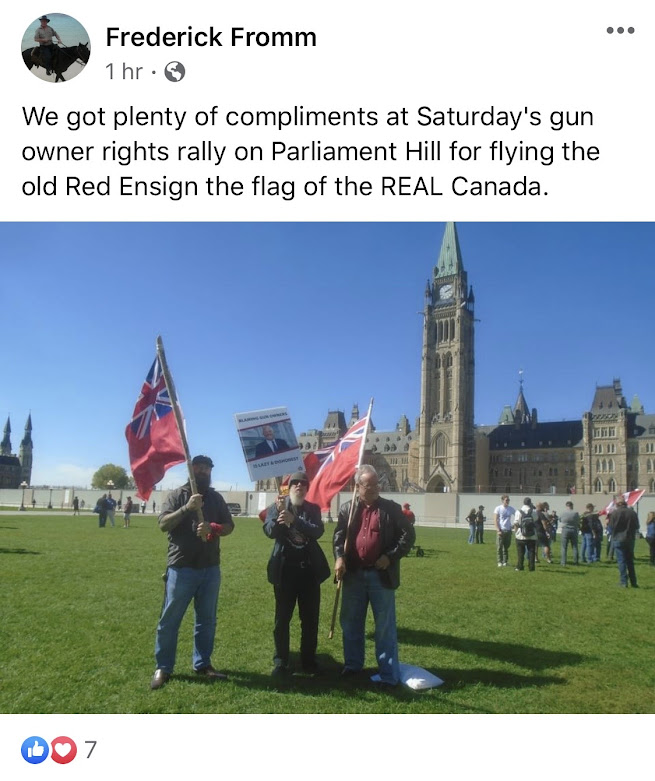 Fresh off of his court case where he plead guilty to assault with a weapon, the unlikeable Chris Vanderweide attended in full boogaloo gear and wearing his weapon of choice on his head. Chris was bleating on his megaphone, but I think the CCFR people told him to give it a rest. He was accompanied by Leigh Stewart. Rick Boswick and Wayne Peters were also there. 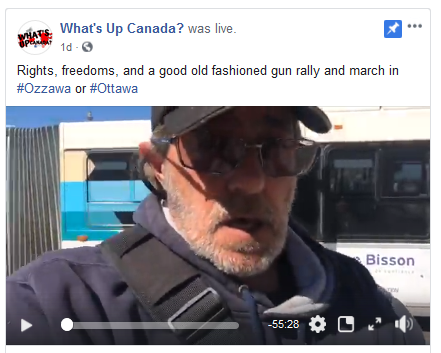 Most of the signage for the rally was very much on point. Almost all the signs were related to either firearms or the Trudeau government's firearms legislation. There were one or two signs calling for Justin Trudeau to be charged with treason, some Trump support signs, an anti-U.N. sign, and Derek Storie was holding a sign about pedophilia. 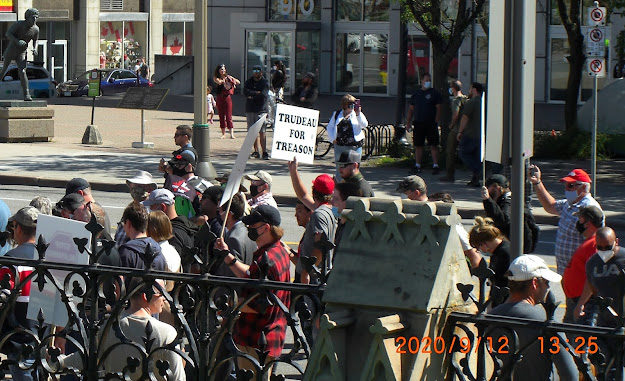 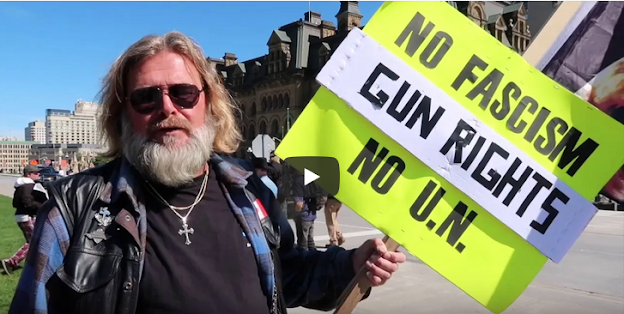 Attempting to keep messaging on point seems to be a theme with the CCFR. Their Facebook group contains evidence that even though they attract members of far-right hate groups, they do actively police content. Some hate speech does manage to slip through the cracks but to be fair, it is often refuted by both administrators and group members. 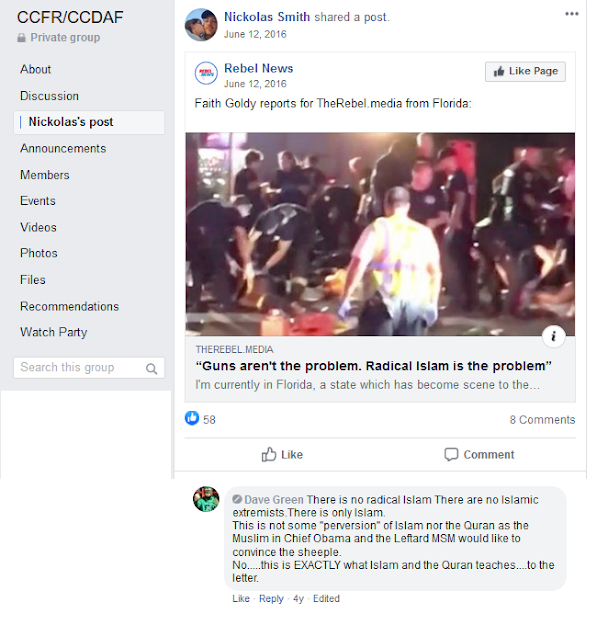 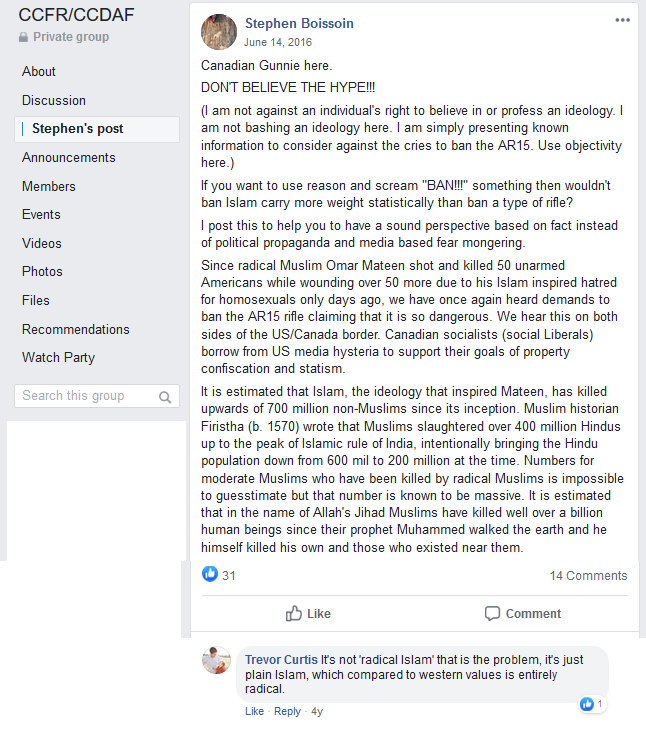 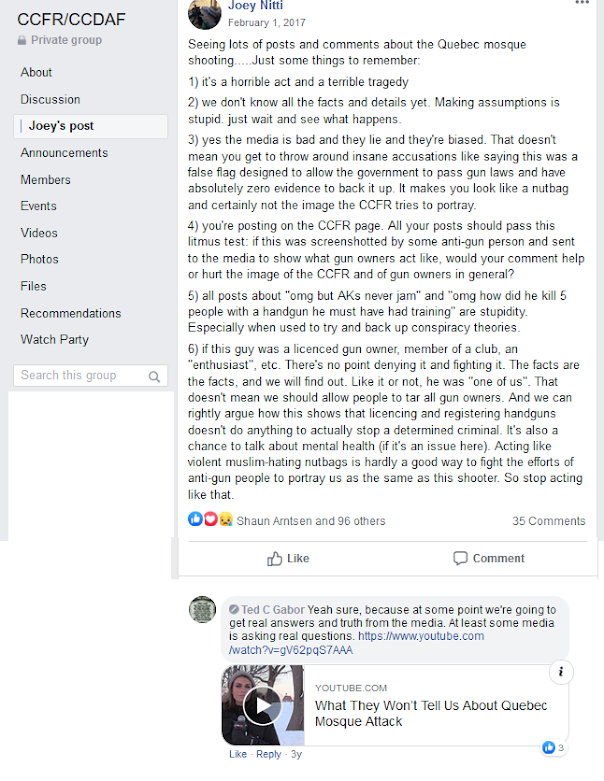 The CCFR admin team also wisely took a strong stance against Kyle Rittenhouse posts within their Facebook group, which probably caused some division as some of their CEOs and administrators have posted that they support Rittenhouse. 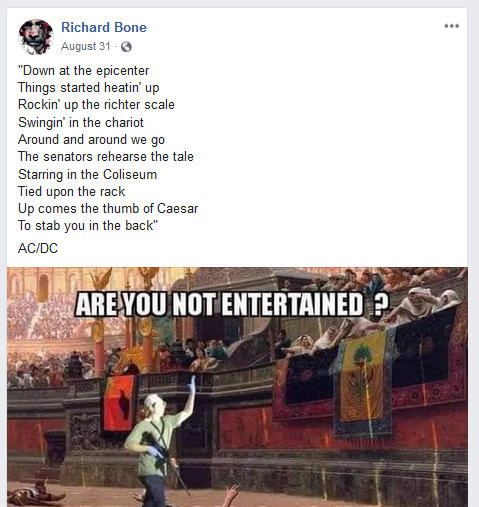 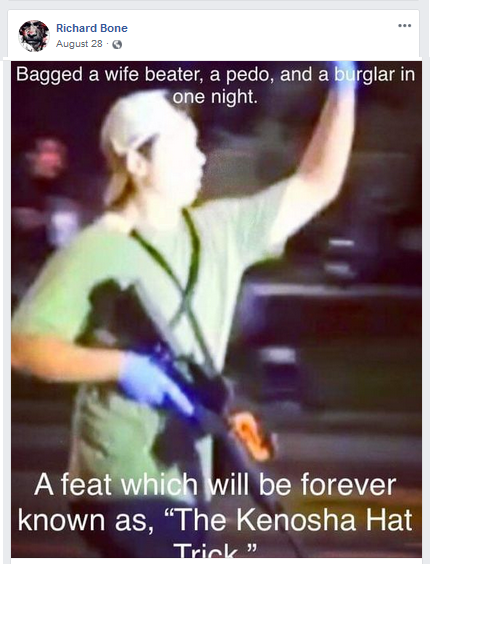 I think it's also important to point out that a few of the CCFR admins/CEOs have shown some poor judgement in their use of social media.


To sum the CCFR up, they are attempting to present themselves as a legitimate firearms advocacy group, and on the surface are having some success distancing themselves from members of the far-right that they've clearly attracted. As we've shown more can be done to clean up their social media behaviour, and push out members and groups that engage in hateful actions.