The Patriots Held a Rally In Ottawa and Nobody Cared

Members of the far-right Yellow Vests along with other conspiracy theorists attended a march and rally in Ottawa on February 25th, 2020. 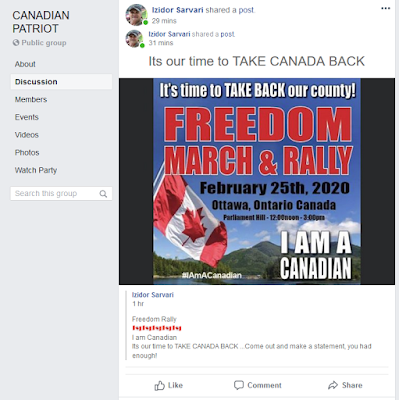 The rally was organized by Crystal Vargas, a Canadian QAnon conspiracy theorist. 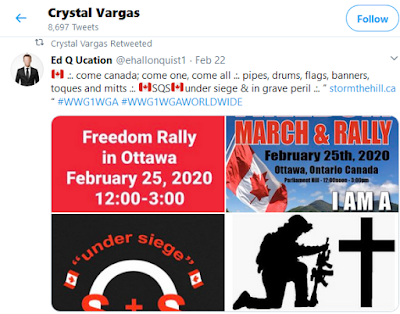 We'll get to the content of the speeches at the rally but I'll let Mindy Thomas of the Yellow Vests sum up the entire event.

That's right. Barely anyone showed up.
In contrast supporters of the Wet'suwet'en held a march the day before with no prior planning and it was well attended, and by actual locals. 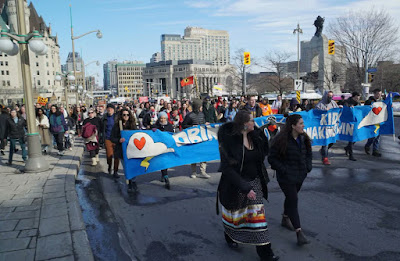 Crystal Vargas was the main speaker at the event. Her speech was all over the place and filled with absurd conspiracy theories. Here are a couple examples.


She also read a couple letters from people in support of the rally. You have to laugh at someone suggesting that Canada is a dictatorship without free speech while literally speaking freely in front of the countries parliament buildings.
Included in the few who attended were Rick Boswick, some people wearing yellow vests, and a few people with QAnon paraphernalia and signage. 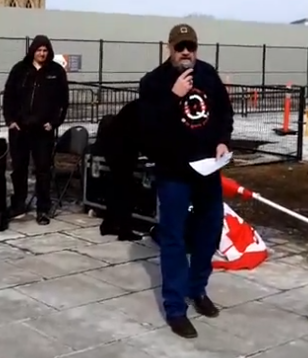 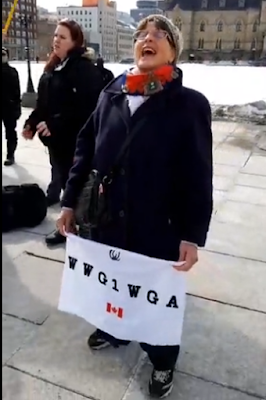 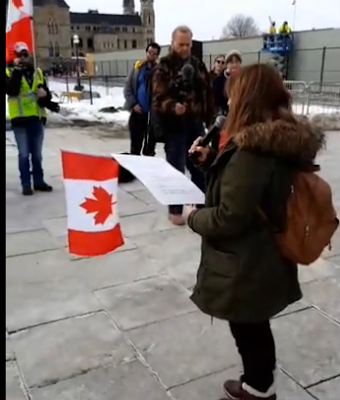 And of course with any far-right event, you can't forget the grift. 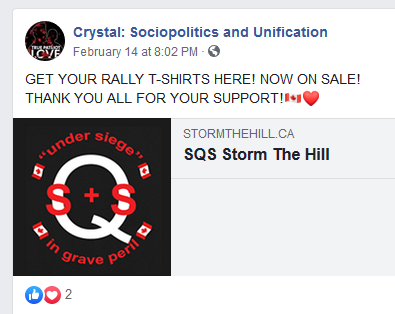