This past Monday ARC reported that both Paul Fromm and Kevin Goudreau were under police investigation. In Fromm's case, it was for promoting the fevered rantings of a mass murderer, 95% of which he agrees with. "No Show" Goudreau was under investigation for posting what amounted to a hit list of people on the political left and of media including yours truly: 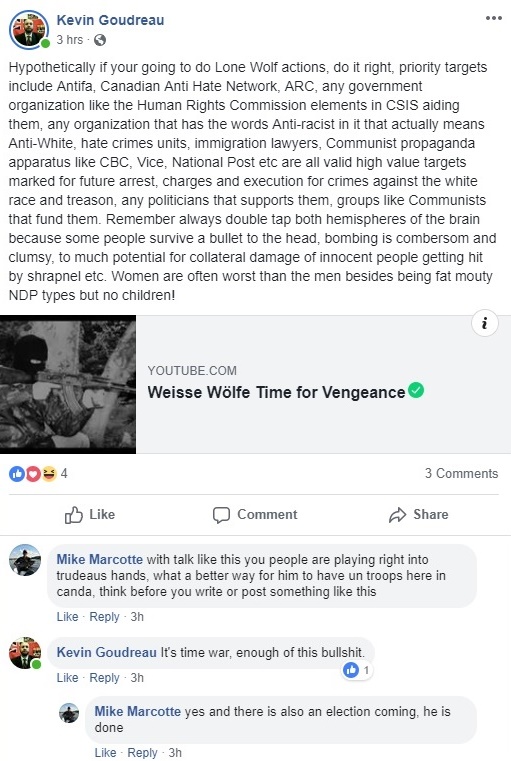 Goudreau deleted the screen shots above, but not before ARC and a number of other groups independently made copies. When interviewed later, Goudreau claimed that he never posted these threats and suggested instead that he was hacked by "antifa" despite a very, very, very, long history of making similar threats on multiple platforms over the past decade in both writing and in videos:

Uhm, just an observation, but if the posts were made up by anti-fascists and somehow secretly posted to Goudreau's Facebook profile (for at least five hours) while he continued to post other comments that are still on his profile, then why does Dane Dainard seem unhappy that, "they have [his] name"? Was he fooled when he posted a response? And was Goudreau fooled by the post as well when he also responded, or is he going to claim the response is also part of the "hack" of his account? The lie sort of becomes increasingly complicated when one considers the knots one as to tie one's self into in order to perform this act of protective stupidity.

Not long after this post, ARC received the following message from "No Show": 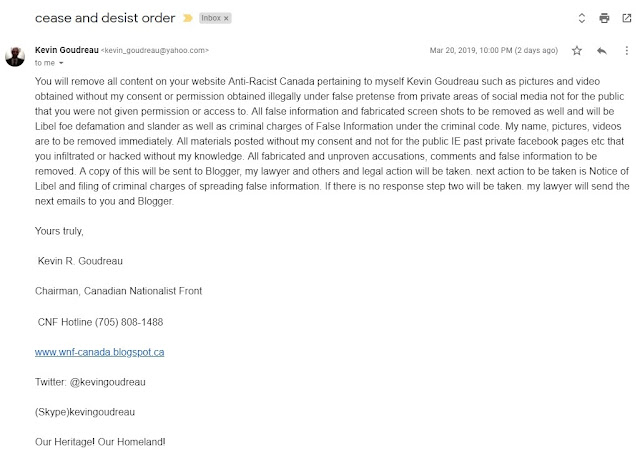 I'm glad that I wasn't drinking tea when I read this as it would have been all over my laptop after bursting into laughter.

Apparently, the brain-trust that is Goudreau and co. (population: so lonely) figure they now have a winning strategy to take down ARC which he further elaborates on in a post to his Facebook profile:

Thinking that Goudreau was onto something, Dan Dubois sent his own equally impotent (legally speaking) demand to remove what he considers defamatory.

You know, posting his own written and spoken words verbatim:

Did Dubois post the entirety of his message in the subject line of his email???

But since this started with "No Show" I think it most appropriate to address him directly.

Kevin, Kevin, Kevin (I can call you Kevin, right?), I know it will be a Pyrrhic victory (look it up) for you, but fellow neo-Nazi Ernst Zundel already ruined your cunning legal plan by successfully having the 'false news' section of the Criminal Code struck down as unconstitutional by the Supreme Court in 1992. You won't believe me or will says it's some sort of Jewish plot, so read it for yourself or have Lionel F Hutz, your "Law Talking Guy" explain to you how it works: R. v. Zundel, [1992] 2 SCR 731, 1992 CanLII 75 (SCC).

You blame us and the Jews/Muslims/immigrants/Freemasons/Raelians for your life being a mess - but if you do some soul searching, you'll find the real answer here:

I would further add that another defence that ARC and all those you claim to be planning to sue (ha!) have is that everything we have written about you is true. I'm going to introduce you to another legal term that you are likely unfamiliar with: discovery. Look that word up too. You might be surprised to learn what information the respondent can legally get from your computer, from Facebook (who still have records of all the profiles they deleted as well as the posts you have deleted), Twitter, and YouTube. And you might further consider that you undermine your own case when you post statements like this which suggests you know that what is being posted on ARC and elsewhere is true: 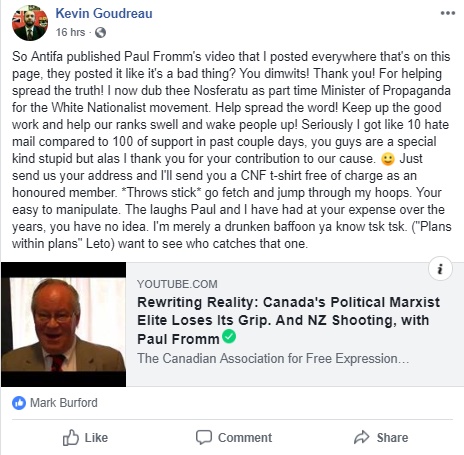 Still, we at ARC are magnanimous. If you feel there is anything that has been written that has unfairly maligned you, provide a detailed list and send it to us. I'll then consider it at my leisure. That said, you might wish to consider not giving us all more examples of the kind of person you are: 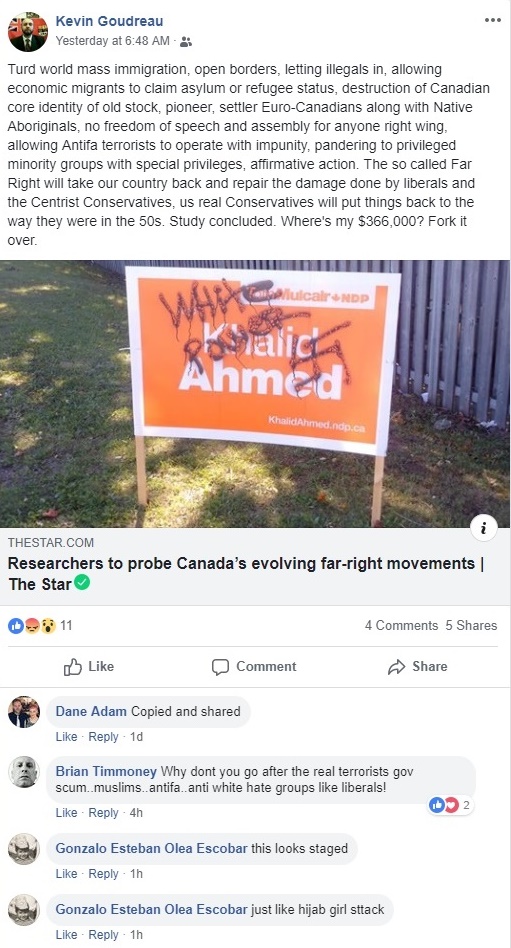 All of what was written equally applies to Dan Dubois as well.

Another page run by Ty on FB.