Shooting at Mosque in Quebec City and Initial Islamophobic Reaction

Here is what is currently known.

The Centre Culturel Islamique de Quebec in Quebec City was attacked during evening prayers just before 8:00 pm (the same mosque was also targeted during the summer when a pig's head and anti-Muslim message was left at the building). The shooting took place on the ground level of the mosque where the men prayed while the women were in the level above. At this point we know of six people who have been killed with 19 injured, five critically. One suspect, Alexandre Bissonnette, is in custody and has been charged with 6 counts of murder. The second individual who had been named was a witness and not a suspect in the shooting. Bissonnette had contacted police after the shooting to turn himself in; initial reports suggested that there might have been explosives in the vehicle.

Bissonnette is a student at Laval University where his Facebook profile suggested he was studying anthropology though he may have transferred to political science. Also noted were some of the Bissonnette's "liked" pages which included Donald Trump, Marine Le Pen, Génération Nationale, and Parti Quebecois, though he is also a Katy Perry fan too:

A source close to this writer has found evidence that Bissonnette ran with an alt-right group at Laval University. He was associated with a man named Pascal Mercier-Lévesque who appears to have been a writer for GAUCHEDROITISTAN. The site is conveniently down for maintenance (wonder why?) but the Internet Archives have the site saved.

While apparently a loner who had a difficult adolescence, Bissonnette  was said to be xenophobic, misogynistic, and nationalistic by those who knew hims. He was active on social media and was somewhat of a troll harassing left-wing and progressive groups. One of those groups noted their familiarity with Bissonnette in a recent post: 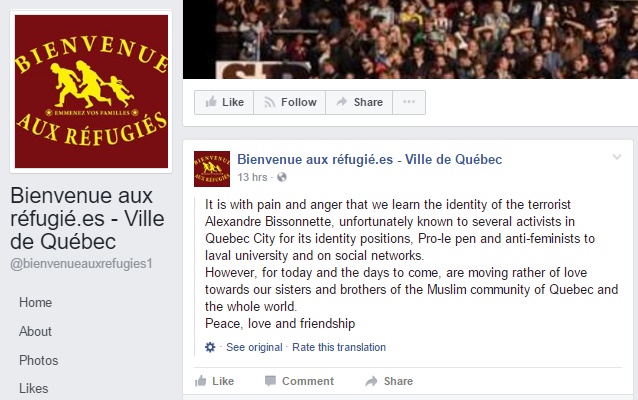 Soon after the shooting took place we decided to check out the reaction to the shooting on the various Facebook groups we monitor. When we took these screen shots we knew a lot less about the incident than we do now, but lot of the folks on these sites seemed to think that the shooters were anti-Muslim.... and are really happy about it and hoped to see more shootings. Others suggested that it was a "false flag" operation to push for (a) gun control (b) legal prohibitions against negative speech about Islam. Others blamed Trudeau (some of whom hoped he would be targeted as well "next time"). And still other suggested sectarian violence, which again they were okay with so long as Muslims are killed.

We begin with the Canadian Anti Islam Force: 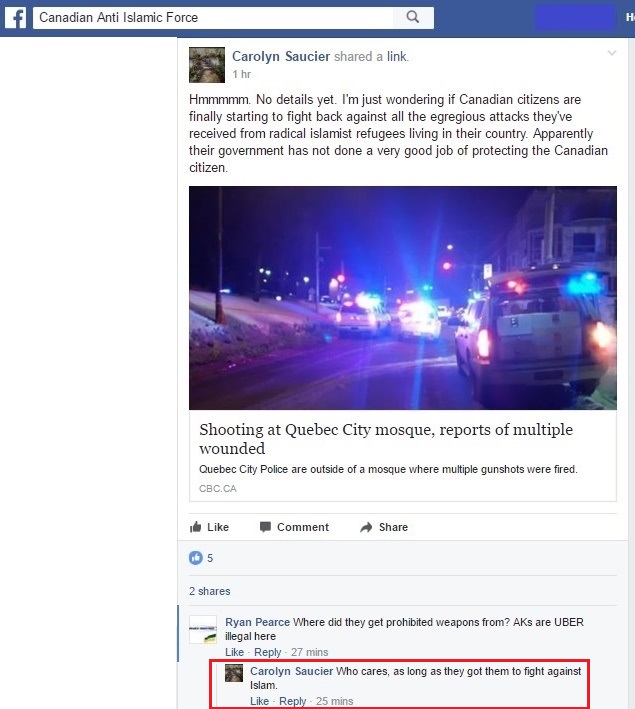 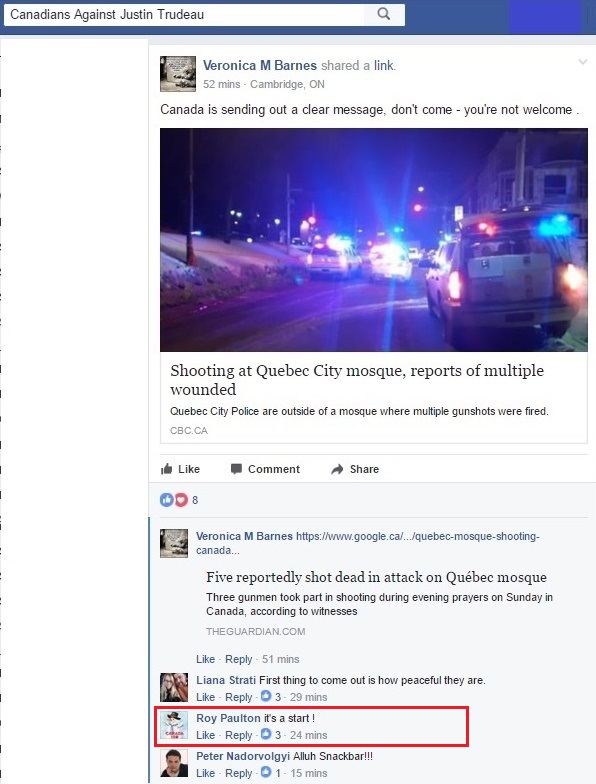 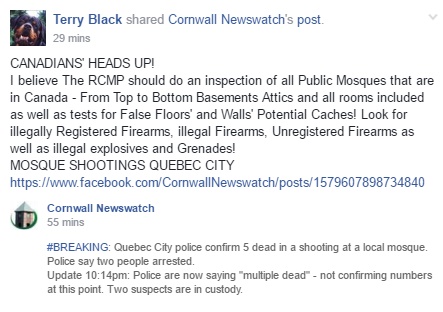 And finally WCAI which is as ugly as one would expect: 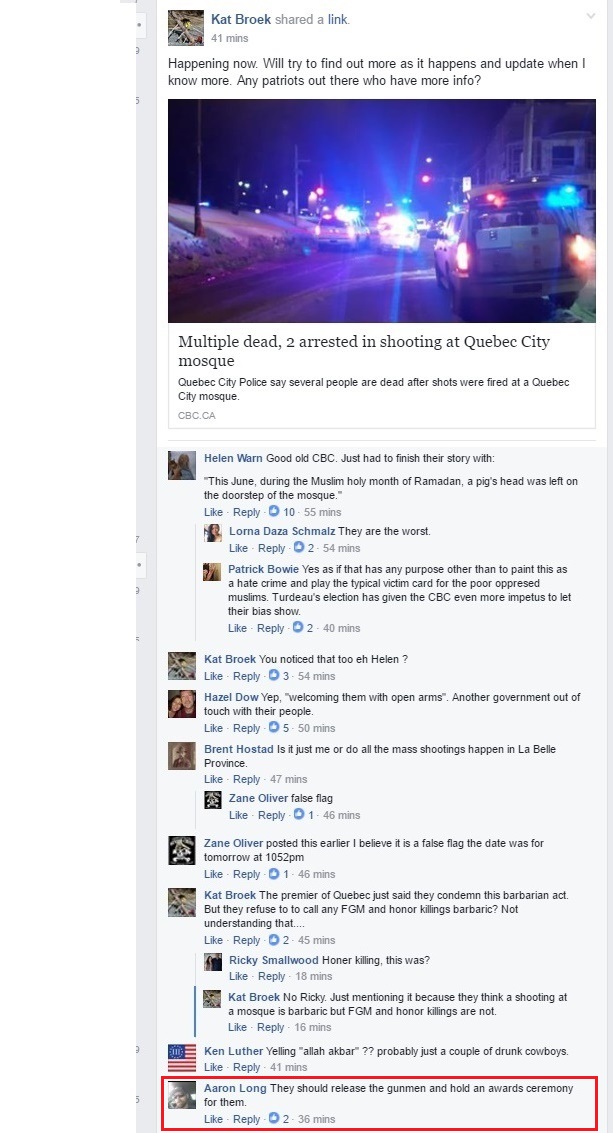 There's a lot more, but even we have our limits when comes to being able to stomach this bile.

These, by the way, are the "old stock" Canadians whom Kellie Leitch counts among her base.

More as will be published as it becomes known.
Posted by Kurt Phillips at 20:23

You guys gonna update this if it turns out to be anyone other than some white males??

2 - The second initial suspect arrested, a Muslim man named Mohammed, has since been released after it came to light he had been the person to call 911 and was administering First Aid when police arrived. He is now considered a witness and is no longer a suspect.

The reason Mohammed was initially mistaken for a suspect and arrested is because he fled a police officer, having mistaken the officer carrying a firearm for the shooter. From Mohammed's interview with the Montreal Gazette he appears to have no hard feelings toward police.

The suspect was a typical pencil-neck alt-right human biodiversity geek who bitched about Muslims and feminists on the Internet.