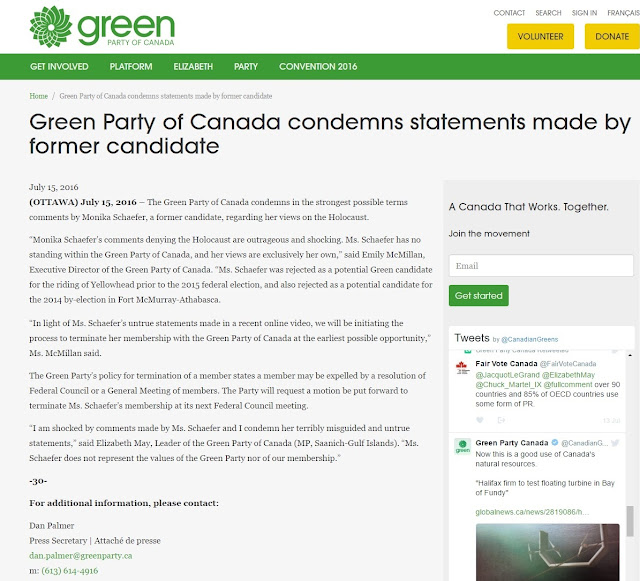 
“Monika has a right to say whatever she wants to say, but once she’s published it I feel that’s moved on to hate speech,” said Kuzminski.
....
He said he has written a formal complaint to the Alberta Human Rights Commission, contacted the local RCMP detachment and the German embassy.
....
The Alberta Human Rights Commission neither confirmed nor denied it had received a formal complaint.
....
Schaefer said she stood by her comments in the video during a telephone interview July 11.

She confirmed she shot the video in Germany, where it is illegal to deny the Holocaust.
....
Schaefer was slated to perform during Canada Day, but was pulled from the schedule after the Canada Day committee learned a group of residents were going to protest her performance....

Of course, Monika does have her supporters, including Arthur Topaham who printed the aforementioned publication on his Radical Press website: 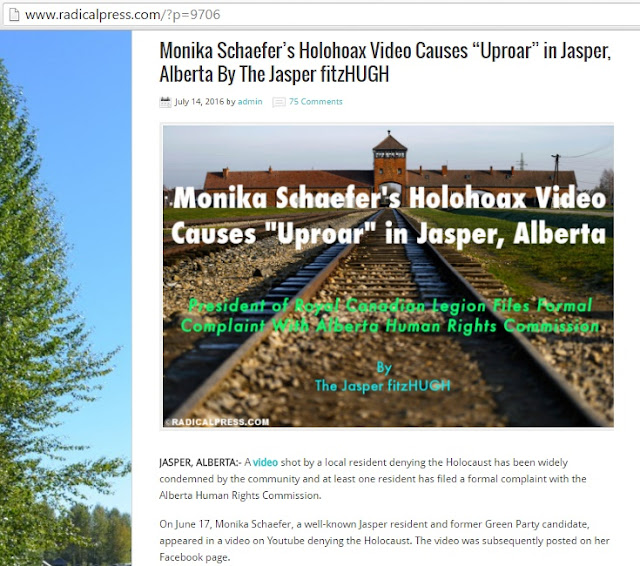 Of the 70+ comments left behind the following, while brief, basically encapsulates the views of Topham's readers and Schaefer's supporters:

There are also a number of threads on Stormfront, including one started by Paulie: 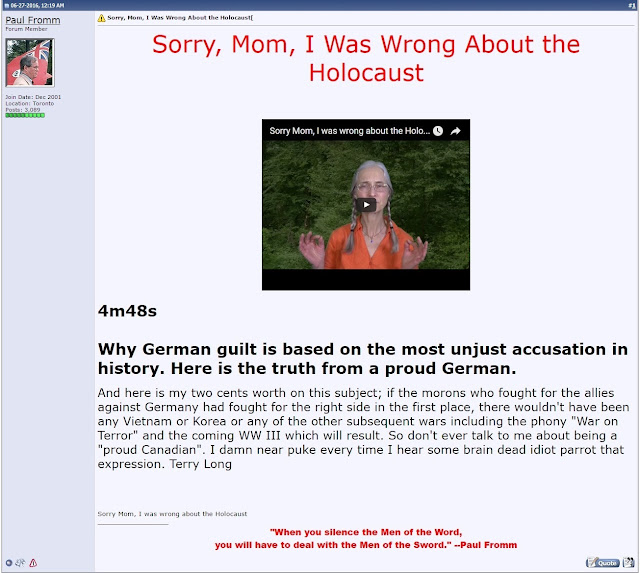 The final blurb in Paulie's post appears to be a brief commentary by former Canadian Aryan Nations leader Terry Long who still pops up from time to time. But Paulie himself made his views concerning the Holocaust clear when he tweeted the following upon the death of Elie Wiesel: 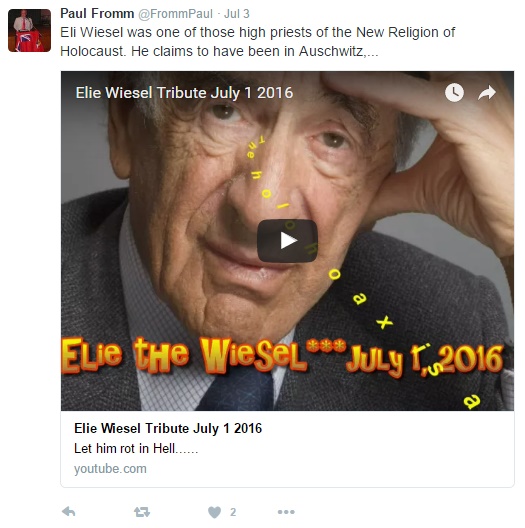 These are Monika Schaefer's supporters.

Great coverage of Monika. With Elizabeth May's bringing of a 9/11 trth petition into the House of Commons and Schaefer's holocaust denial, it seems the Greens might have a bit of a problem within their party.

It's interesting however, that this is being published in a relatively close span of time to the release of news that the U.S. Green Party’s Ajamu Baraka associates with a holocaust denier, with the party itself responding to this revelation in a disturbing way: