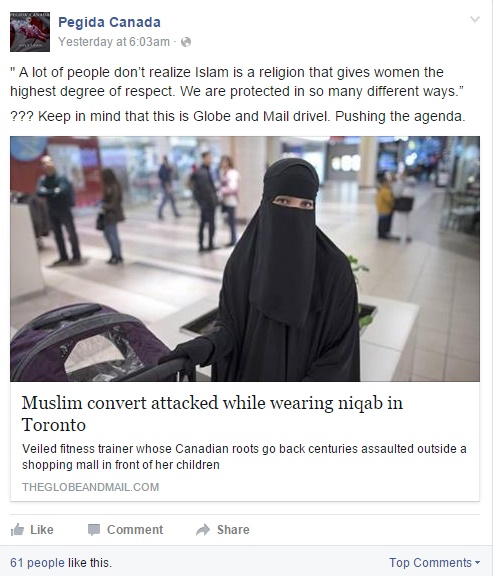 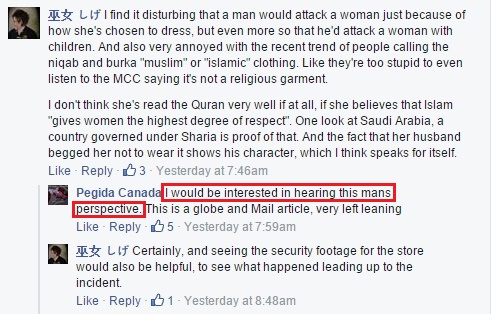 "I would be interested in hearing this mans [sic] perspective."

Let's examine this for a moment. Had the women been a non-Muslim and the man a Muslim, do you think PEGIDA Canada would be interested in hearing his side of the story? Or would it confirm a pre-existing negative stereotype? For that matter, given what is known, how would an assault on any women be potentially justifiable in any way in the first place?

This is the crux of the issue, and we know our readers are already aware of the reality of what PEGIDA Canada and groups like them are really all about. They are a hate group. Pure and simple and no amount of obfuscation will change that fact. To further illustrate this truth, here are the remainder of the comments that were left on the Facebook group, most of which minimize, justify, and rationalize assaulting the woman in the story: 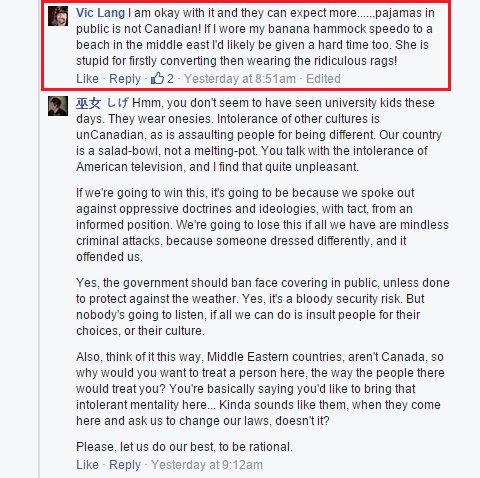 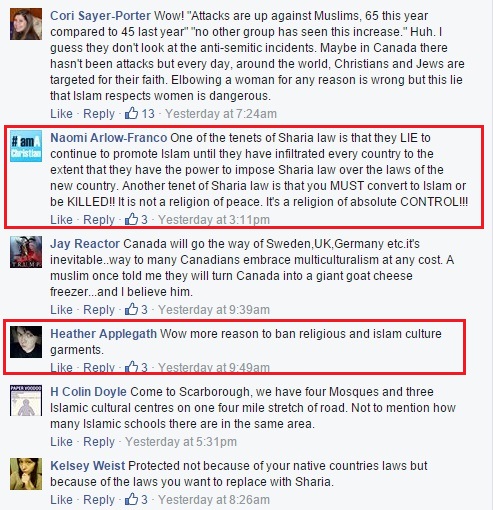 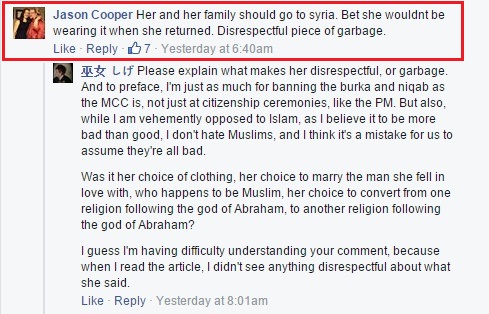 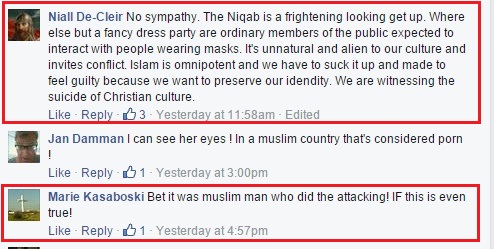 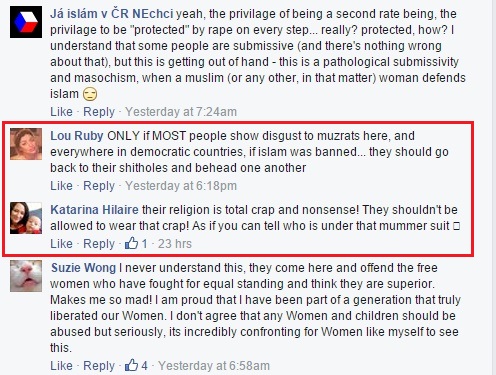 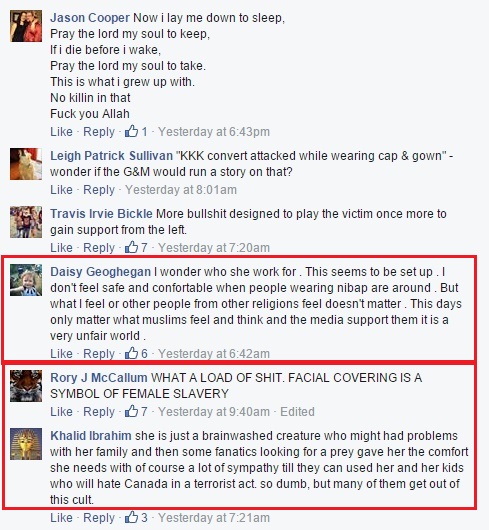 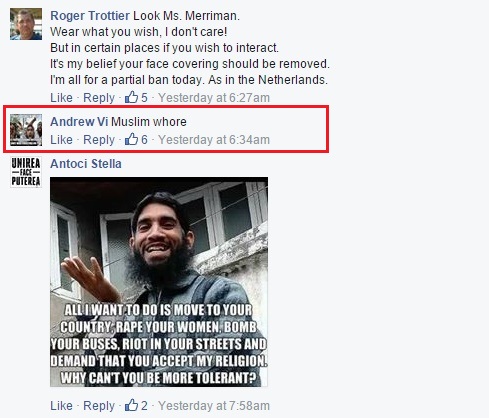 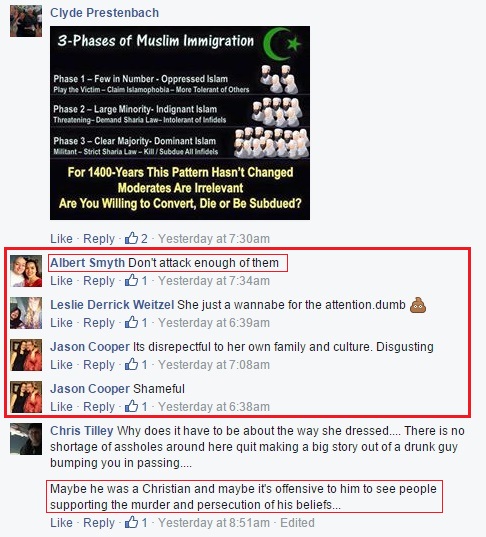 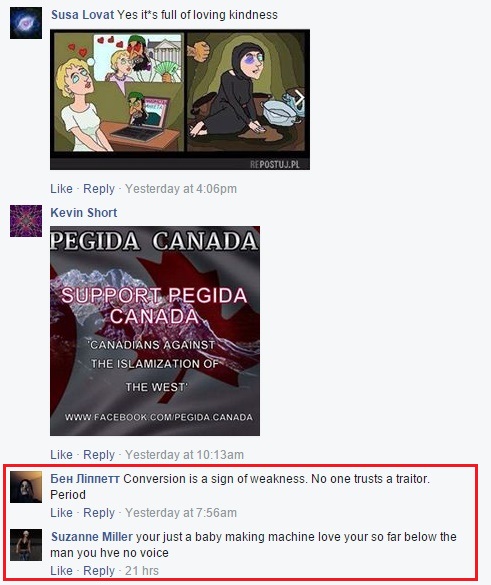 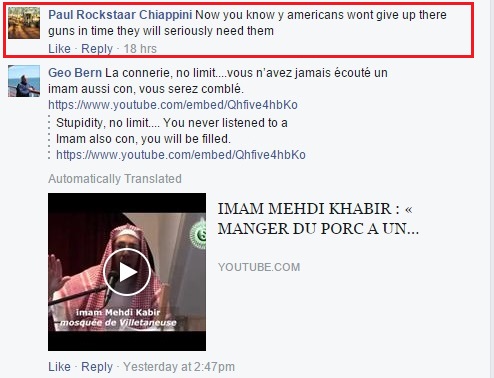 But remember, PEGIDA Canada and their supporters just want to end the oppression of women.
Posted by Nosferatu200 at 20:23