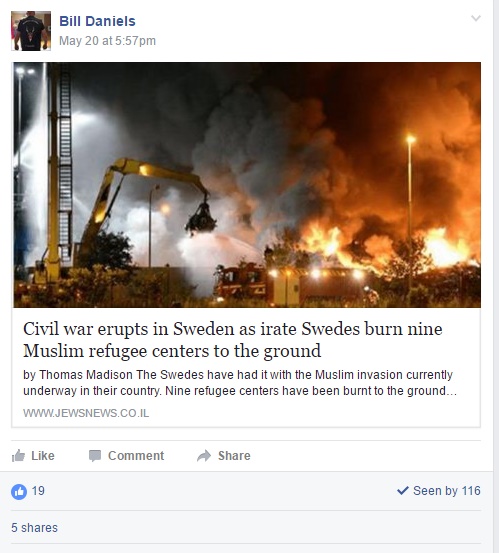 Before we continue, we should at this point mention that Bill Daniels was named the provincial leader of the Soldiers of Odin. 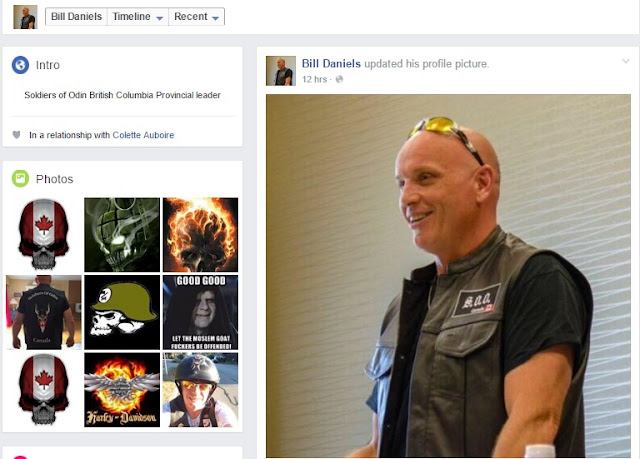 We will have more to say about him in a future article, but the following should cause one to question the claim that the SoO isn't anti-Muslim: 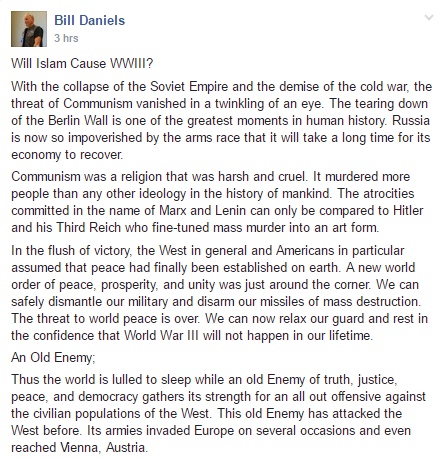 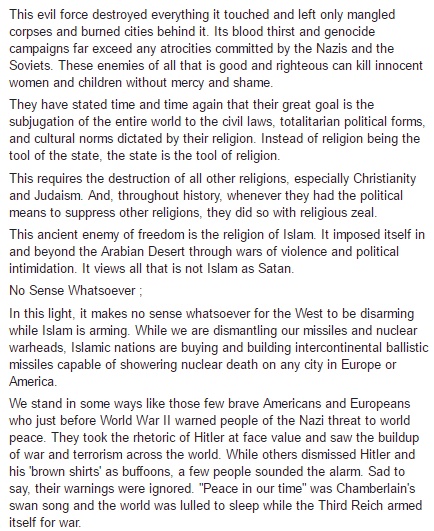 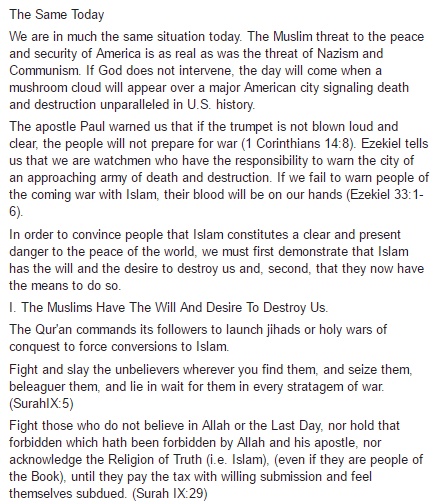 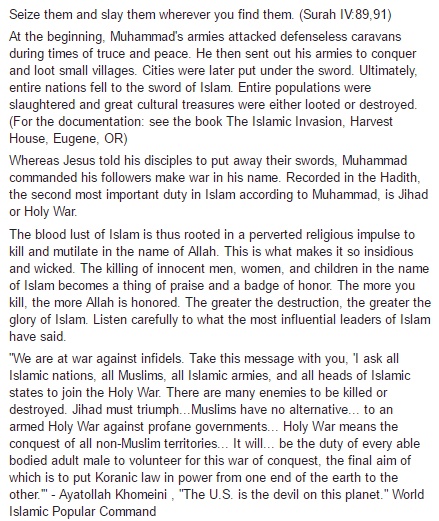 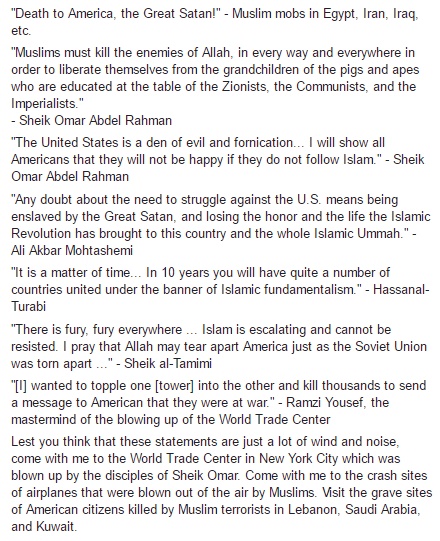 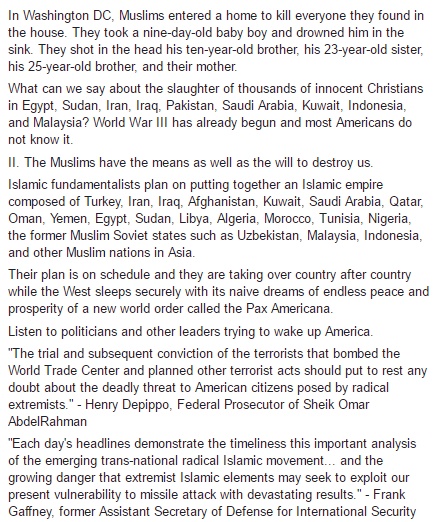 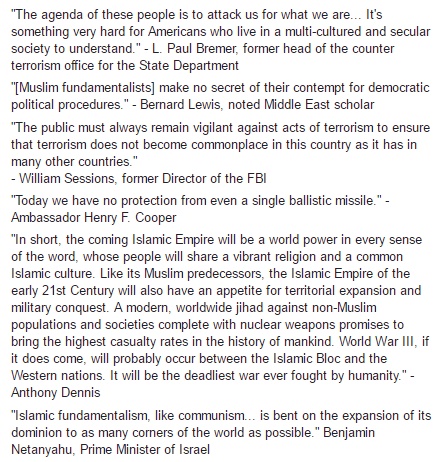 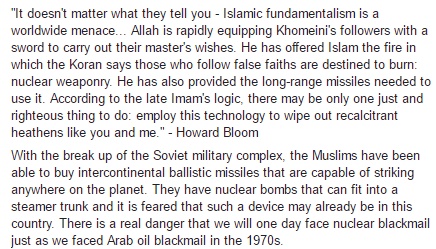 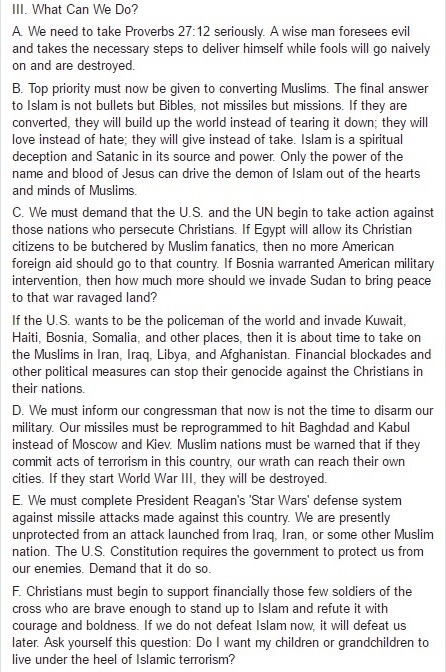 Bill Daniels also posted a method by which the West should deal with Muslims which further calls into question the commitment to the freedoms the SoO claim to uphold:

The comments were equally enlightening: 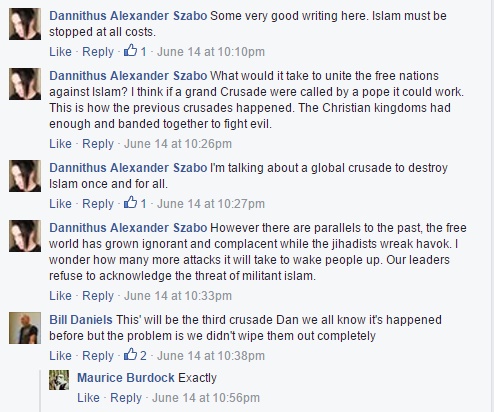 As for anti-Islam and suggestions the SoO might harbor some violent sentiments, well.... 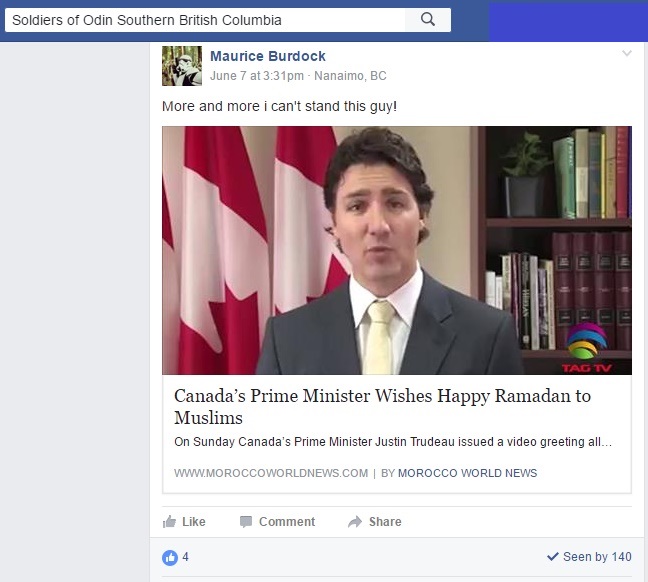 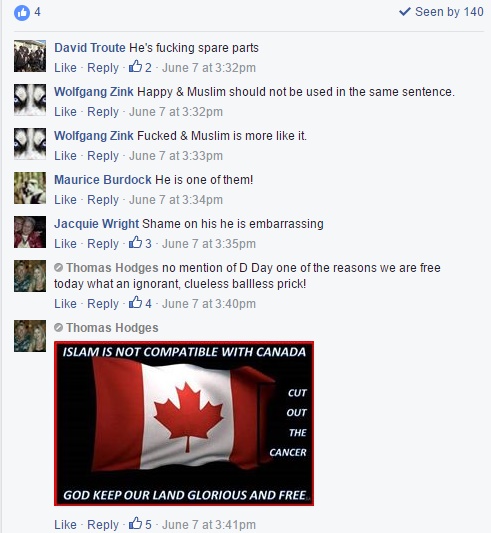 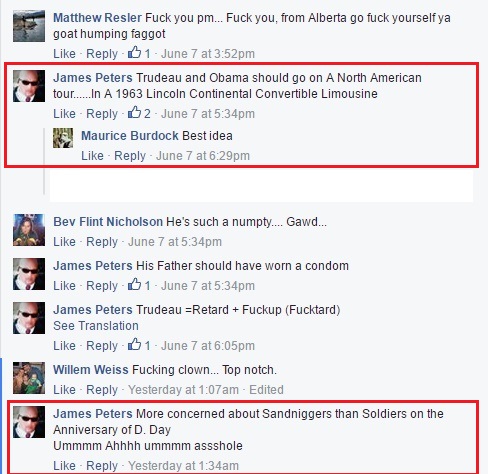 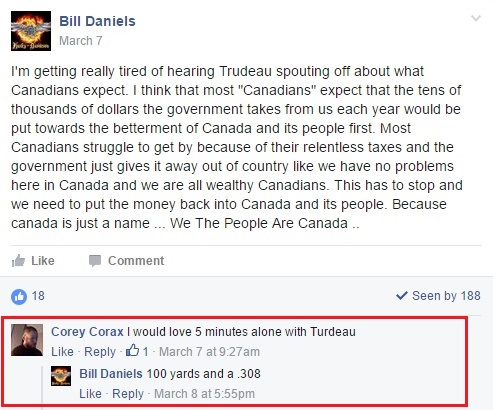 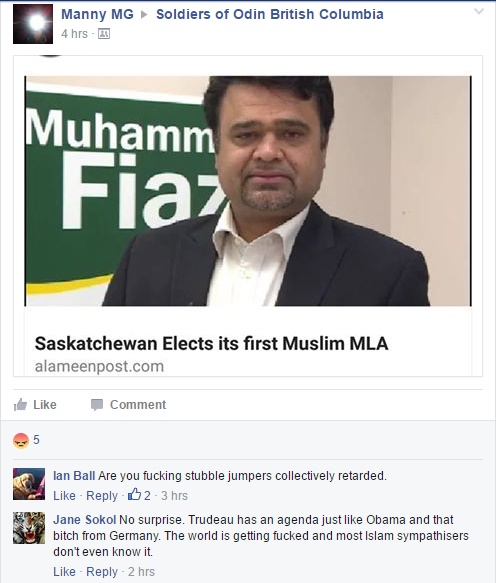 Again, Bill Daniels, leader of the British Columbia chapter of Soldiers of Odin.

This is the kind of guy "vetted" by SoO national leader Joel Angott.

But of course this is only one branch of the SoO and we're really only just getting started.

Of interest to CBC (and Hamilton based) journalist Samantha Craggs. Charlene O'Farrell might be of interest: 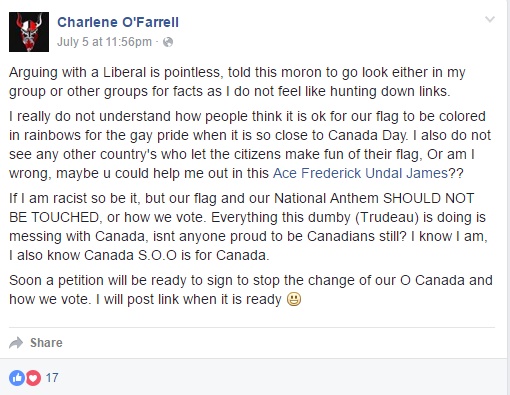 O'Farrell hitched her cart to the SoO some time ago, and by cart we mean Canadians United 4 Canada. She has proudly proclaimed her membership in the extremist group and recently gave the Soldiers of Odin a heads up regarding an anti-SoO group in Hamilton: She's also made connections with dyed in the wool racists like Paulie and the Goudreau: 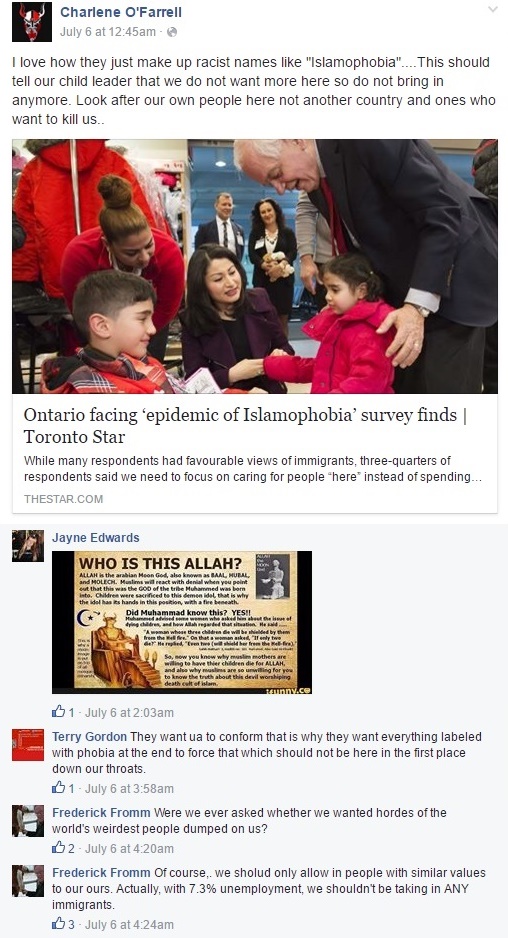 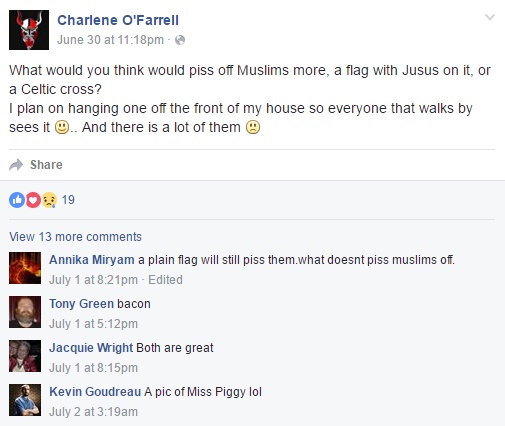 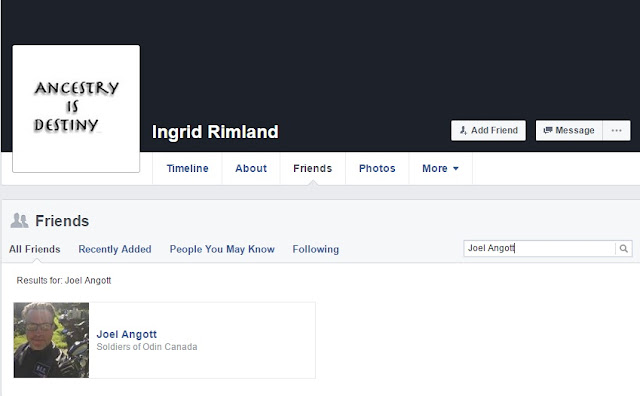 Our readers no doubt know who Ingrid Rimland is, but for those who have stumbled across the blog, Ms. Rimland is married to Ernst Zündel who was perhaps the most notorious publisher of Holocaust denial material while a permanent resident in Canada residing in Toronto. He was also perhaps the spiritual leader of a whole host of neo-Nazi groups nationally and internationally including the Heritage Front. He was eventually deported to Germany where he was sentenced to five years in prison for Holocaust denial.

Why would the leader of the Canadian SoO have any sort of link to Ingrid Rimland?

Then again, under the surface, there seems to be at least a faction of the Canadian SoO who hold to antisemitic sentiments: 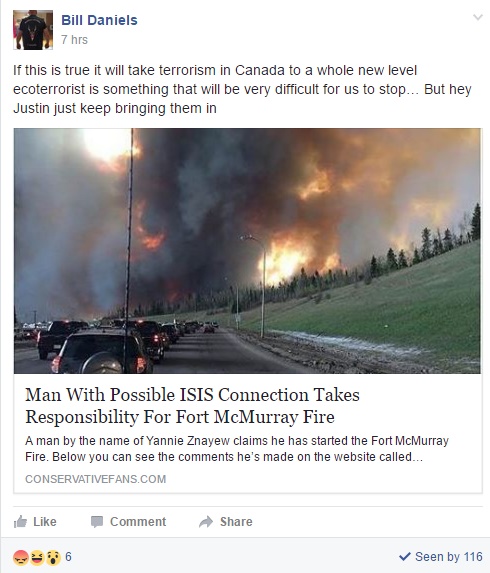 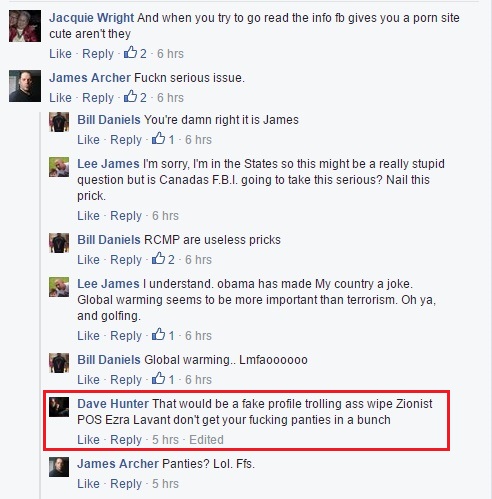 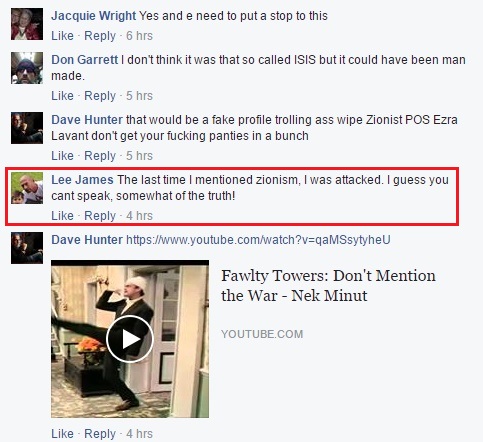 Curious, though this is perhaps equally curious: 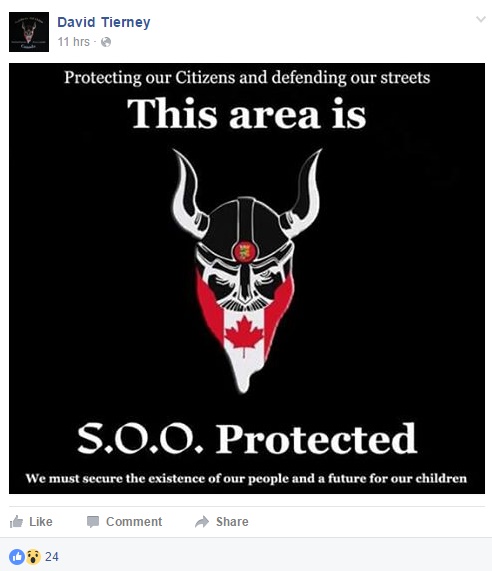 We must secure the existence of our people and the future of our children.


Sound familiar? It should. This is a VERY slightly modified version of David Lane's 14 words:


We must secure the existence of our people and the future of White children.

David Tierney is the co-leader of the Saskatchewan chapter of the Soldiers of Odin. If he created the image, he would have had to consciously changed the line meaning that he might be well aware of the racist undertones of the quote. And if he didn't know, an investigation of the 14 words and David Lane would have removed any doubt.

But the other SoO members seem to think it's catchy:

But that doesn't stop him from some political dog whistling: 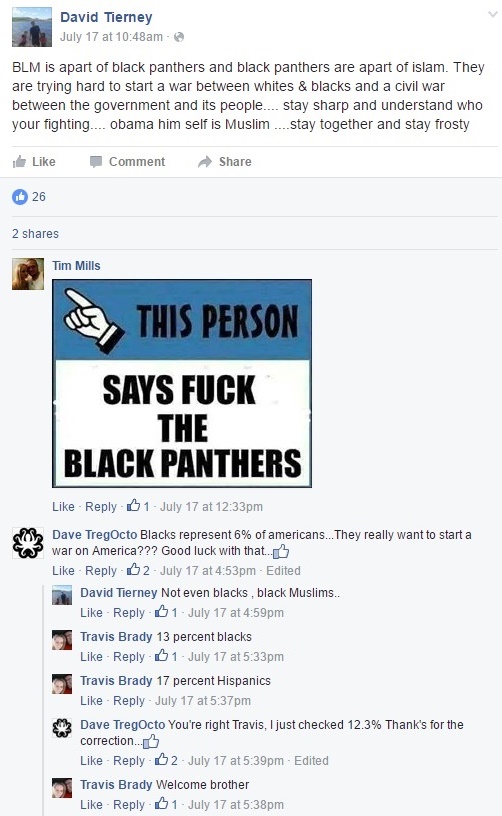 But don't call the SoO racists:

Then again, SoO national vice president and head of the Quebec chapter "Dave TregOcto" may not have the same view: 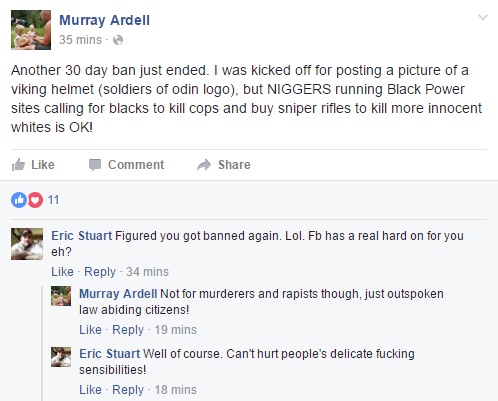 And if we haven't made our point clearly, we have written on the extensive links between the SoO and members of overt neo-Nazi groups:

In response to the CBC article, one SoO member was optimistic that the notoriety would lead to more people taking an interest in the organization.

We're inclined to agree, though it might not be the boon he seems to believe it will be.
Posted by Nosferatu200 at 18:52