Of course it would be Ezra.

Ezra Levant probably knows that the story doesn't actually have any legs, but that certainly hasn't stopped him from whipping up his followers into a frenzy. What follows are a few of the comments made after the story by his followers. 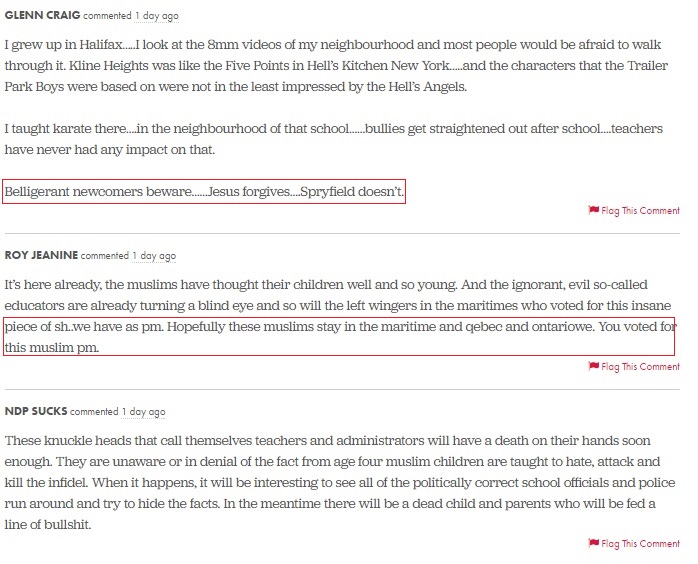 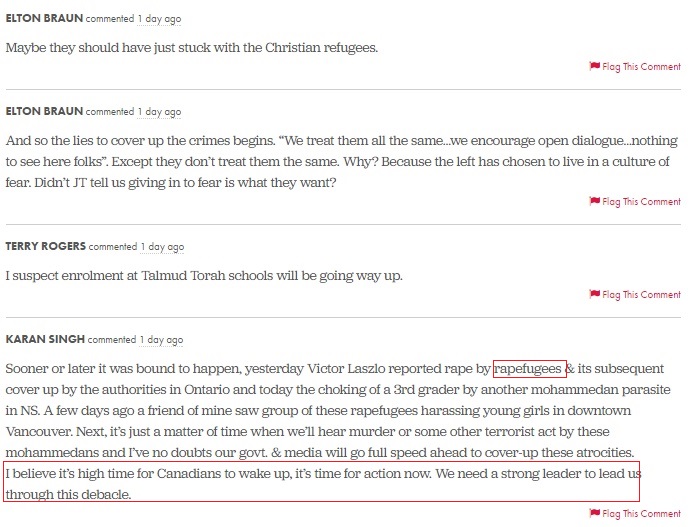 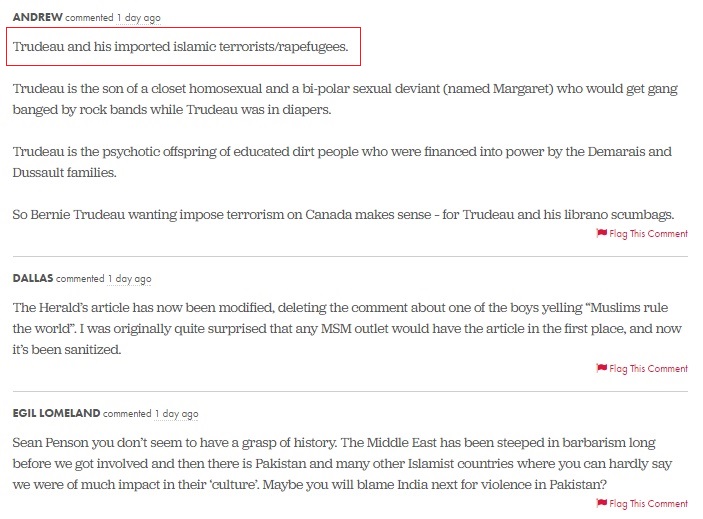 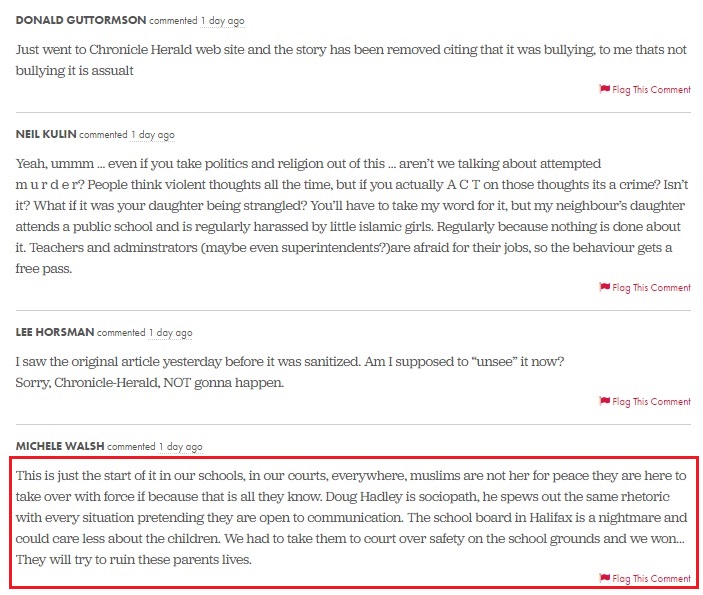 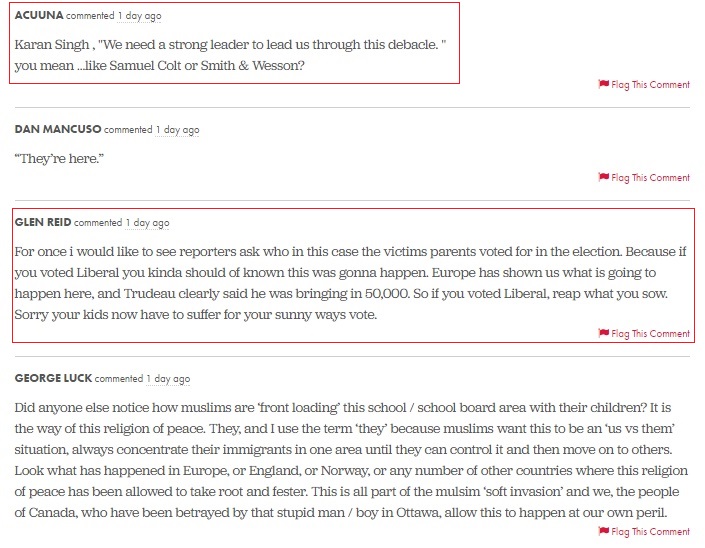 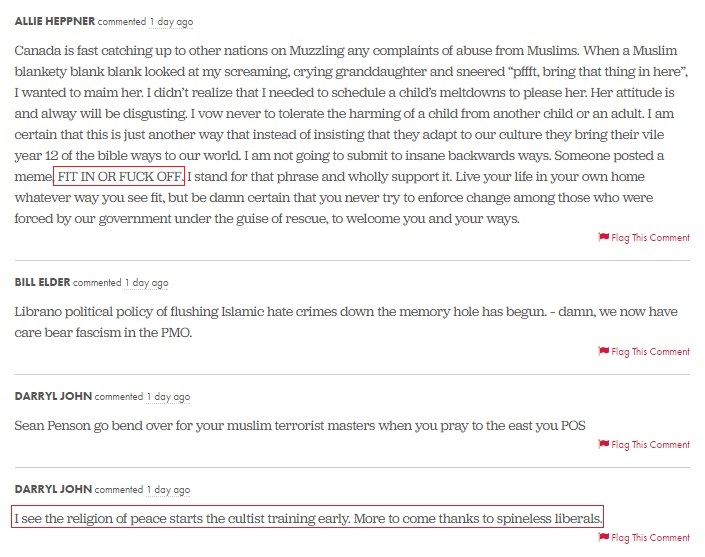 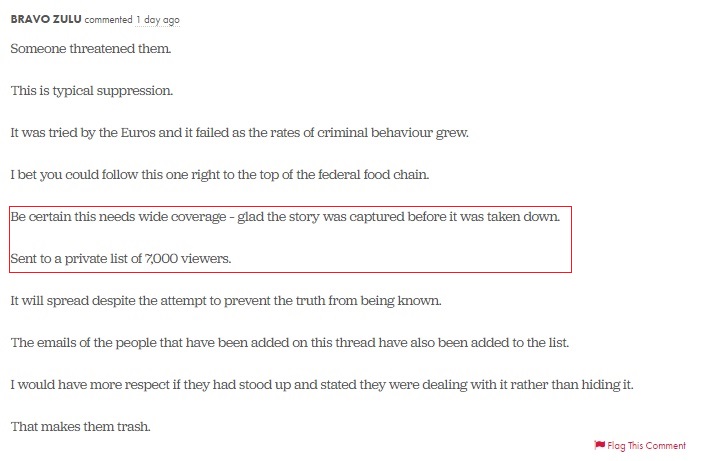 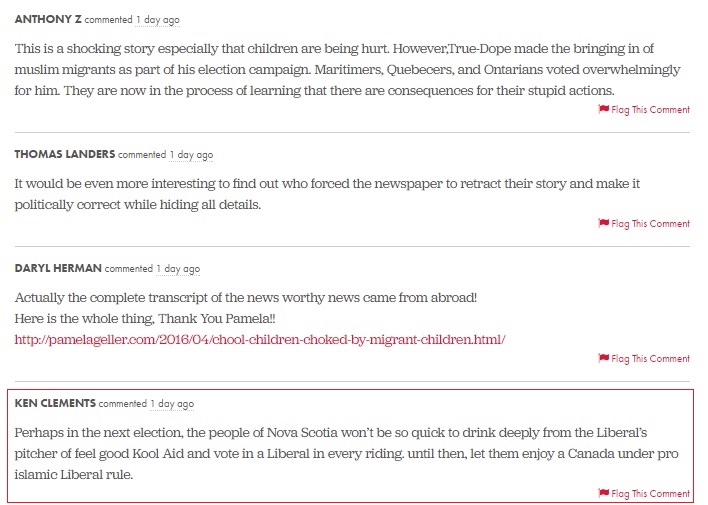 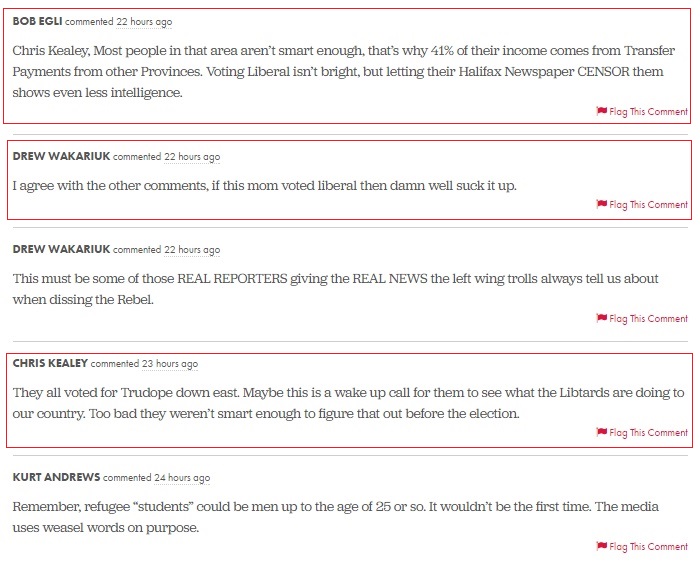 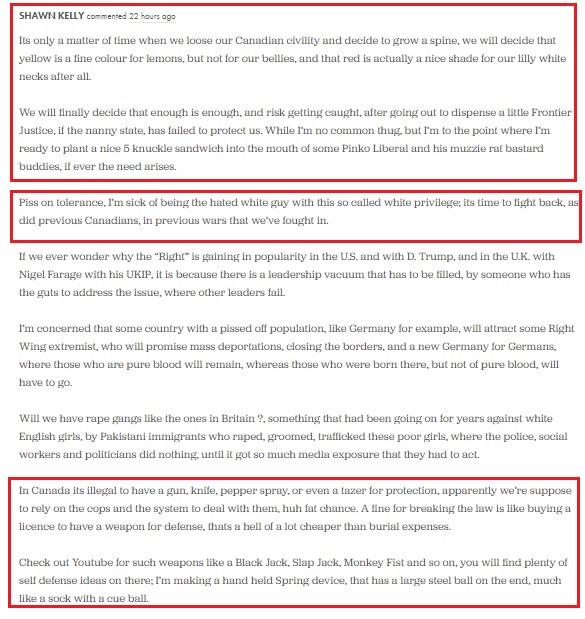 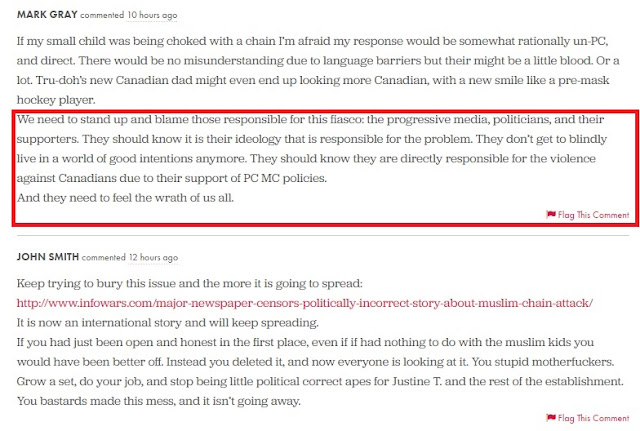 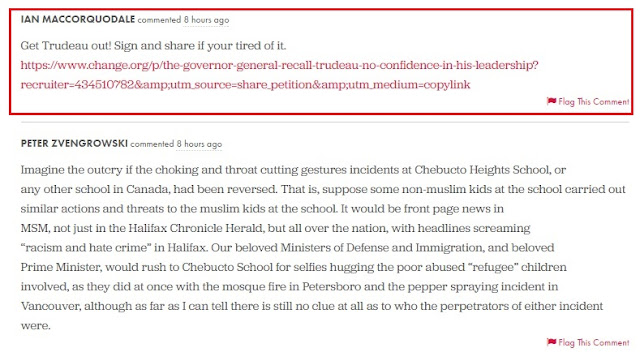 Isn't it nice when your comments section exhibits the id that we discussed in a previous article concerning Levant?

The id is mindless. It is reactionary. It is fueled by fear and hatred of the Other. It doesn't matter that the story has been proven not to be true. Levant is very good and unleashing the id and directing it in a way that will benefit himself.

Levant isn't the id. He's not Hyde. He's worse because unlike the mindless, irrational, id, Levant knows what he's doing and the harm it can cause and he does it for the must cynical of reasons too.

It should be noted here that this is far from the first time that Levant has intentionally published "news" intended to enrage his followers against, "the Other." On November 11, 2014, Levant published a story suggesting that the Greater Essex County District School Board had bowed to the pressure from Muslims and had exempted them from participating in Remembrance Day ceremonies, infuriating his base who proceeded to threaten the school board members and call for the expulsion of Muslims from the country. Levant himself wasn't above profiting financially a little bit: 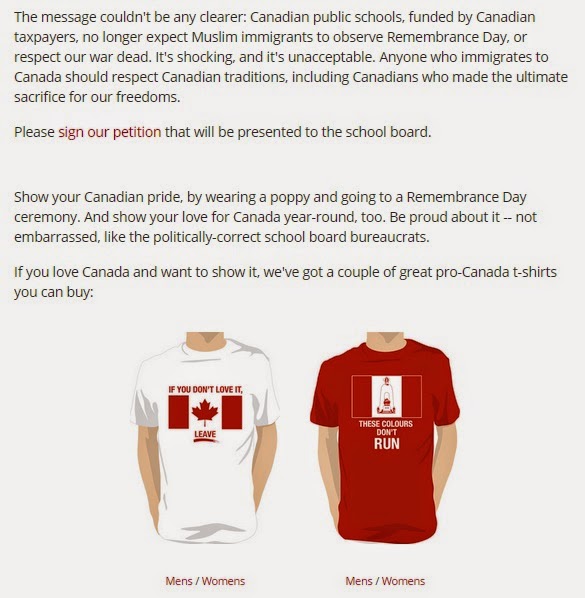 The story wasn't true though.

The real story was that, in light of the tragedies that occurred the month before, there were concerns that large Remembrance Day memorials might be targets. The Greater Essex County District School Board sent a memo to parents (all parents) who were concerned about the potential threat that those parents could find an alternative way to remember Canadian vets if they were uncomfortable attending public memorials.

At no point were Muslims, or immigrants, or any other group mentioned in the memo.

No, Ezra helpfully added that part because.... well.... because it's Ezra.

His updating of the story actually continued to impugn Muslim students even after the truth was made public.

He also still aimed at profiting from the controversy he ginned up: 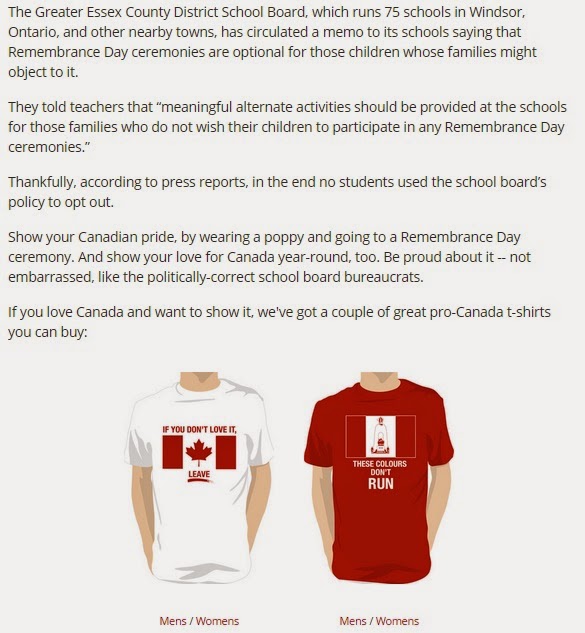 So, getting back to the Halifax Chronicle Herald story, even though the Halifax Regional School Board published an article saying that the incident the paper claimed happened didn't happen, Levant isn't about to let it die when he wants to push a particular narrative: 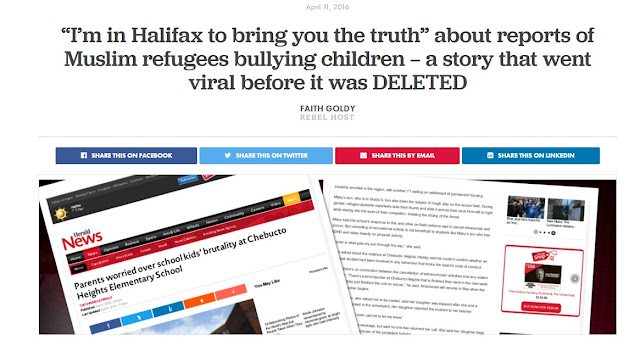 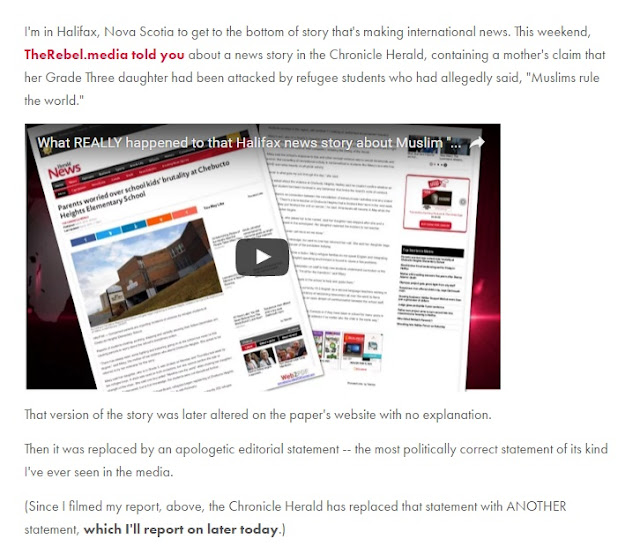 This writer has some personal experience with Ms. Goldy and, suffice it to say, I was never confident that the "truth" is something that she was, or still is, particularly interested in.

And really, considering the base of "Rebel" supporters, there's only one narrative that would be acceptable to them anyways: 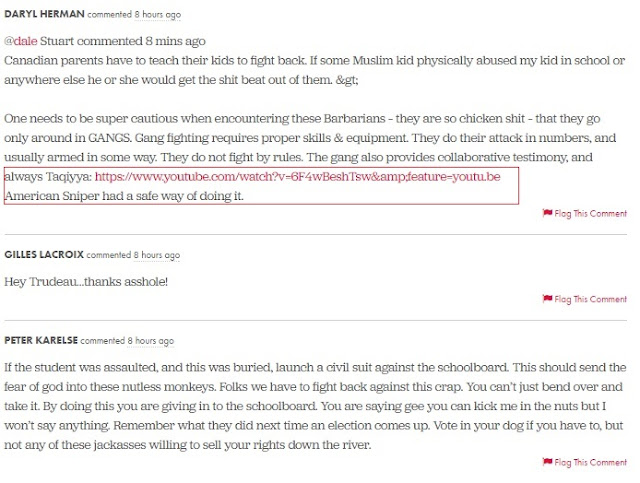 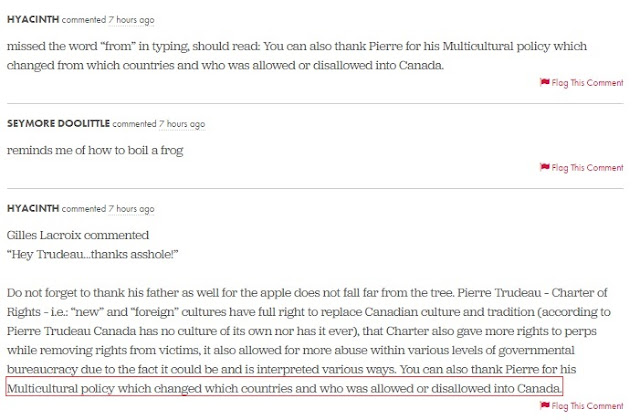 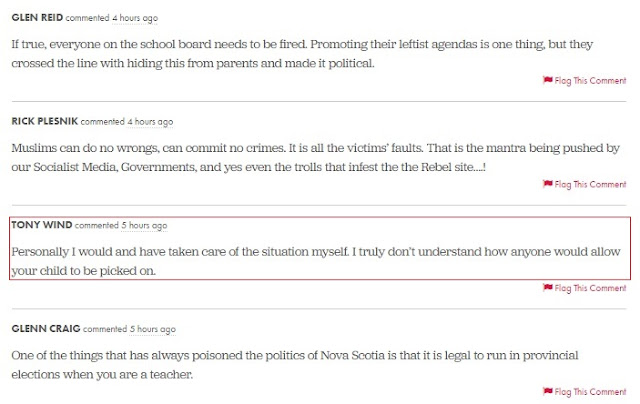 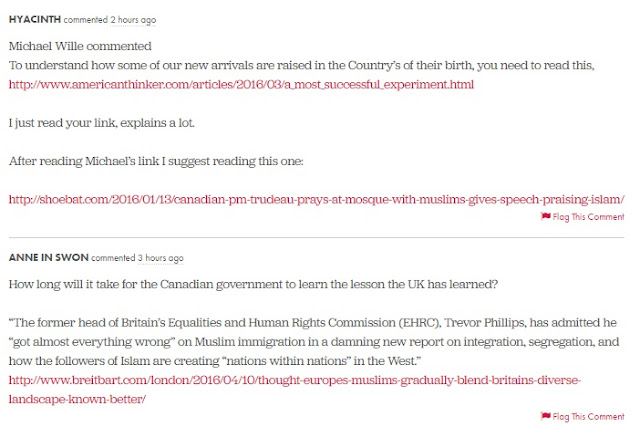 So yes, the damage is certainly done. Congratulations "Halifax Chronicle Herald" for helping people like Levant to stir up vitriolic, xenophobic, rage and tacit justification for any potential violence that may occur as a result. 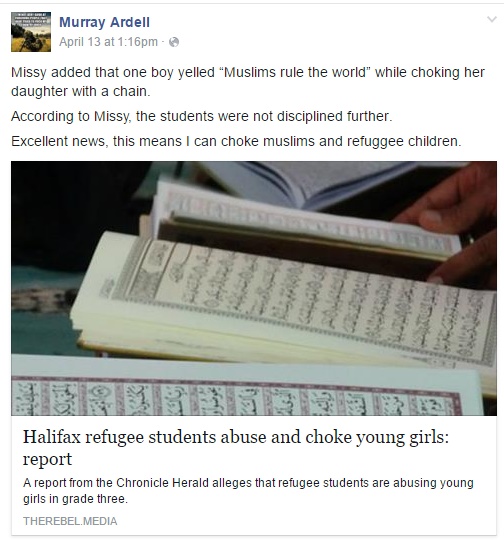 Who is Murray Ardell? 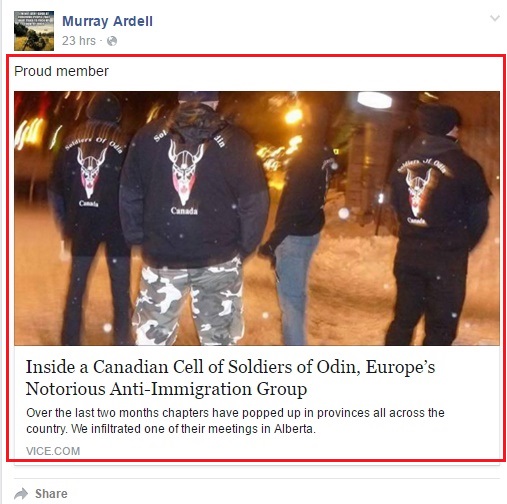 A proud member of the Soldiers of Odin in British Columbia.

More on the Soldiers of Odin soon enough.
Posted by Kurt Phillips at 22:43