Terry Long was the leader of the Canadian branch of the Aryan Nations' back in the 1980s. He dropped out of the public eye not long after losing a lawsuit brought about by Keith Rutherford; Long's vitriolic rhetoric resulted in a vicious assault on Rutherford by three of Long's bonehead followers which cost Rutherford his sight in one eye. Long fled to British Columbia after a warrant for his arrest was issued in relation to his refusal to hand over the membership list of the Aryan Nations to the human rights tribunal. He has, with a few exceptions, stayed pretty quiet, though he has been in contact with a number of the boneheads we've covered here on this blog.

But Terry Long's entrance into this little saga makes this all just a little more interesting. Our readers will remember that Topham is being supported by the fine folks at Free Dominion. Connie and Mark of Free Dominion are supported by the Jewish Defence League which, in Canada, is headed by Meir Weinstein (who once went by the name Meir Halevi). And now we've learned that Terry Long has come out of his self-imposed exile to voice his support to Arthur Topham.

We wonder what how a strong JDL activist might feel about Terry Long?

Actually, we don't have to wonder:


And in a recent post by Free Dominion JDL supporter (and, if memory serves us, we believe he once wote he was a member in the past): 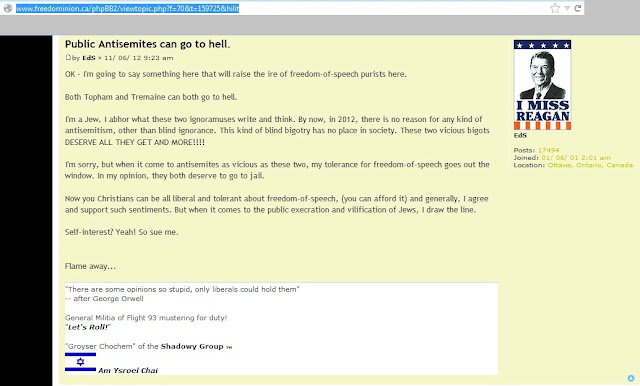 Might we also remind our readers how well Paulie, who posted the Terry Long forward, and the JDL get along? 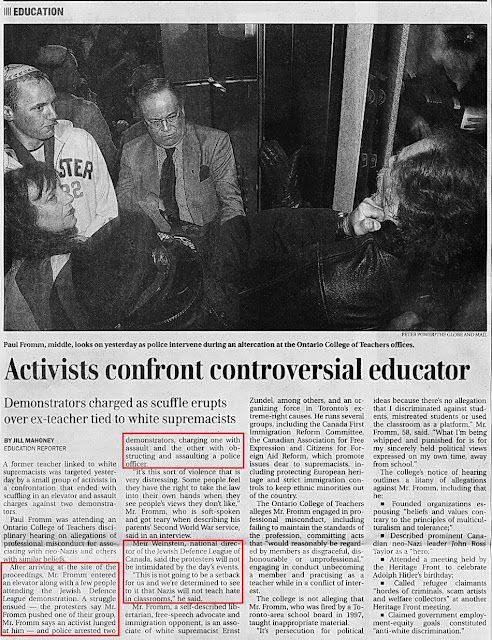 Oh, and what do our friends at Free Dominion say about Paulie?

I never could see much difference between Meir the Kahane Chaiist and Ernst Zundel - 2 sides of the side coin!