Noble doesn't spend as much time online as in the past (though given the terms of his release, he should have been arrested when he first began posting online again). In fact, other than his reply on the thread discussing his attendance at the Pride Week events, it had been some time since he had logged in to write anything on the Blood & Honour International forums.

Our readers could imagine his surprise when he found that he had been banned. But at least he dealt with his banning with class and dignity: 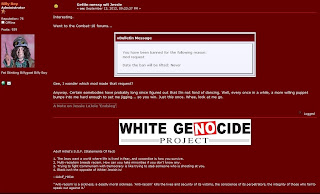 Wait. We mean he threw a hissy fit.

Now, we've since learned that the above post has now been deleted or hidden and the link he provides no longer brings up anything of particular interest. If only someone had taken the appropriate scr.... oh just get to the screen shots and stop being so coy!!! 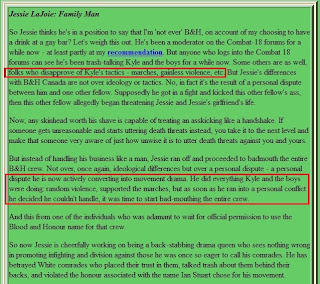 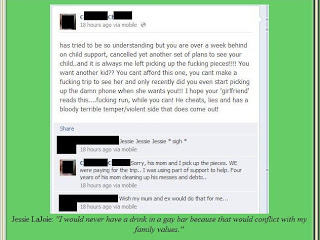 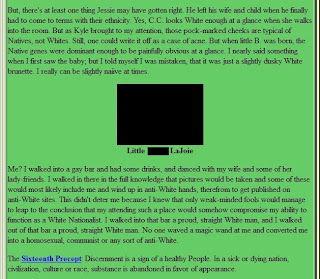 Nicely done. In this short excerpt we find Noble pretty much confirming everything we've written about on this blog over the years:

This, ladies and gentlemen, represents the quality that we've come to know and love as the, "Master Race."

about time jessie enjoyed a feature on here. one thing i'll always remember about him was him asking if he could do my hair. i guess he had a hair fetish or something. I was like wtf? no! and shouldn't he be answering some questions on how he knew that his ex isn't '100%' white? he knew it. he didn't accidentally find out and then leave. he always knew. and now he's abandoned them. trying to save face? ok there. mr. high and mighty needs to come down and pay the piper.