As I watched protests in a number of Canadian cities which were ostensibly about opposing the UN's non-binding agreement setting up guidelines for the orderly and safe movement of people as a violation of Canadian sovereignty but which were in fact anti-immigrant (read: non-white) and Islamophobic in nature, I couldn't help but make a few observations.

First, the choice to wear yellow vests to mimic the French protests (the vast majority of whom are not racist trash and who have endeavoured to remove that element from their midst) indicates a distinct lack of originality on the far-right in this country. I mean, are they not capable of any sort of creativity? They copy the name Pegida even though the acronym makes no sense in the Canadian context. They form groups such as the Soldiers of Odin which originated in Europe and the III%ers based on an American model which itself is mostly myth. It's all rather disappointing.

Second, despite some media coverage of the events, the numbers of those who participated in the events haven't really grown that much and still consist mainly of the same people I've seen year after year.

This was supposed to be the marque event and was to have featured Maxime Bernier who ultimately no-showed. Some have suggested this was due to not wanting to associate with the extremists (some 14 or 15 groups in total) who organized the Ottawa event, however one speech suggests that he might be comfortable with these bigots after all:

He didn’t distance himself from them. According to a speaker, Bernier “sent his regrets,” “He knows that he’s got a lot of fans here.” #cdnpoli pic.twitter.com/RK071kpb7m
— Michael Bueckert (@mbueckert) December 10, 2018

He has certainly not been shy about appearing with individuals belonging to.... shall we say questionable groups such as the Proud Boys? 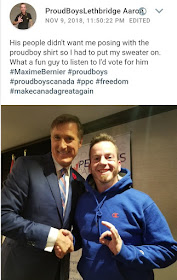 Or having supporters of white nationalists work in his new political party:

Had he shown up to the Ottawa event, he might have felt quite comfortable with organizers such as Le Meute and the Storm Alliance as well as participants including the Northern Guard, Soldiers of Odin, III% militia, Canadian Combat Coalition, Donald Trump supporters, Christian Heritage Party supporters, and QAnon conspiracy theorists among others: 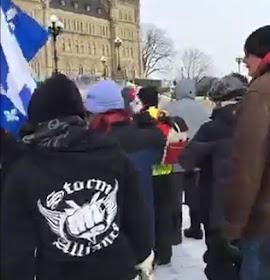 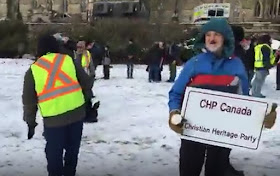 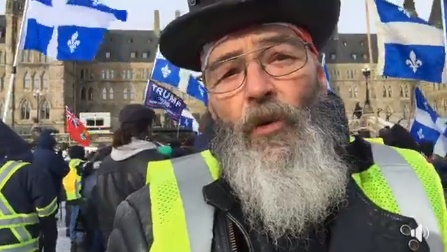 Still, despite being the largest of the protests with more than a dozen groups participating in the organization of the event, they may have attracted a little over 200 people. The anti-fascists countered with roughly 100. The same could be said of most of the protests that occurred across the country and though they claim they will be holding more events including this Saturday, I'm not sure if they will improve on these already low numbers given the weather growing colder and the upcoming holidays.

Third, they are really bad at hiding their true views for very long: 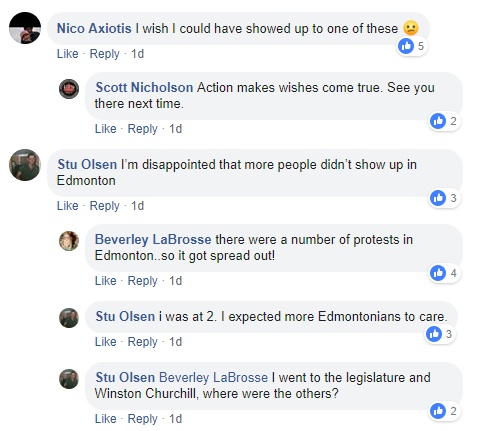 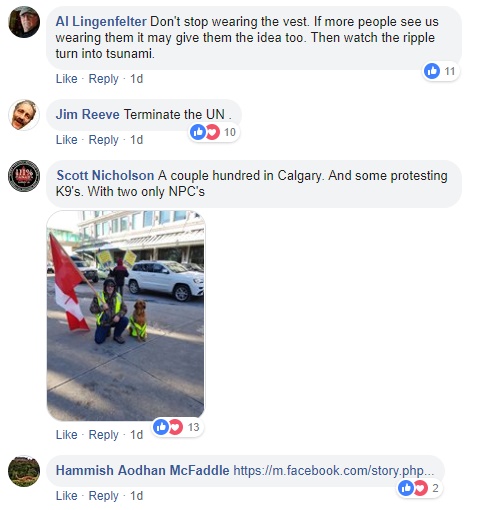 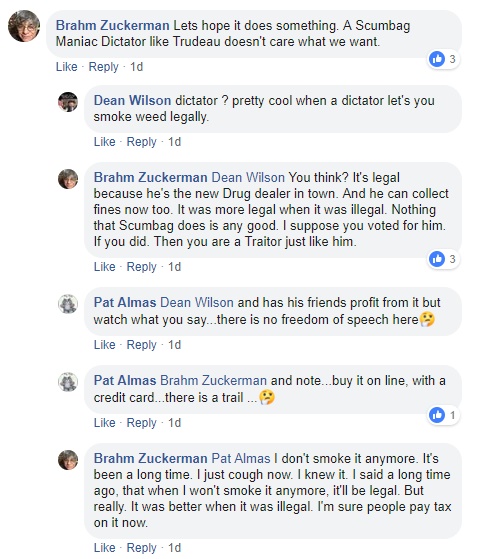 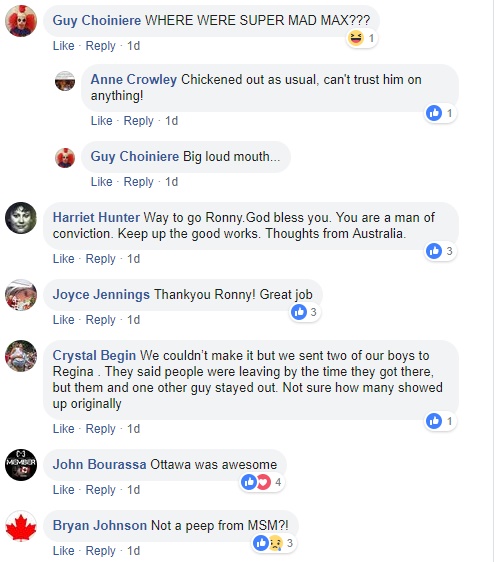 Despite their claims to the contrary, most of the people who showed up to these rallies did so based on some sort of racial or religious animus towards "the Other". Now they will try to tell you otherwise, but as proven on this blog time and again, this is their real motivation.

Take Georges Hallak for example who spoke to anti-fascists and claimed that none of them were racists:

That's just lovely eh? Almost makes me want to give the world a Coke.

Still, he sort of undercuts his claim when one reads his own posts: 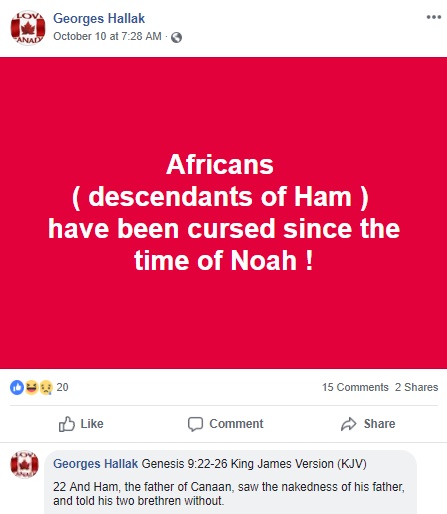 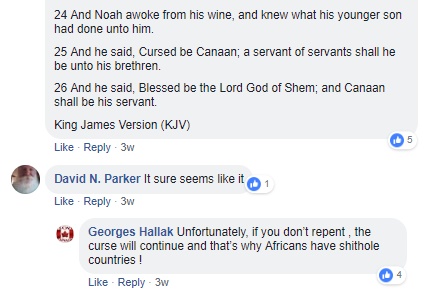 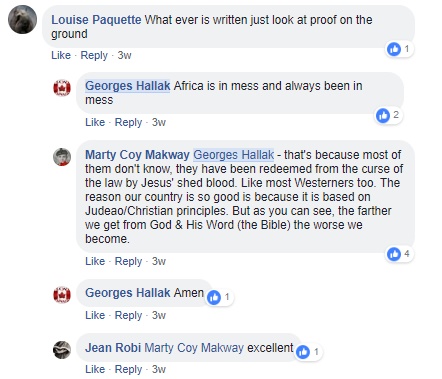 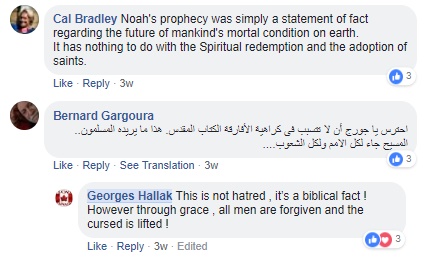 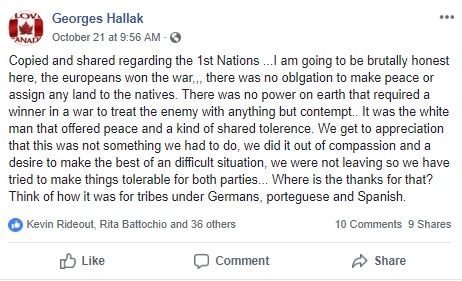 It also doesn't help their case when overt hate groups such as ID Canada (formerly Generation Identity Canada) show up: 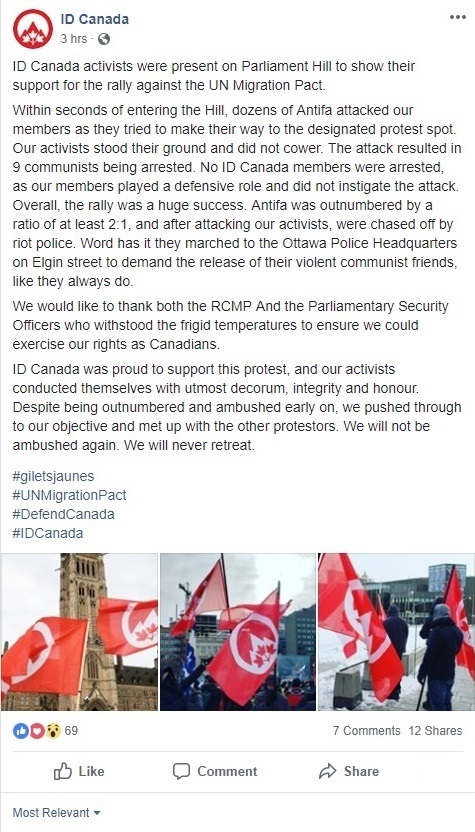 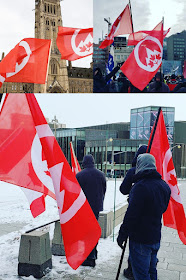 Tyler Hover, noted racist and antisemite based on his own published posts on Stormfront and Facebook, the leader of ID Canada, also showed up:

I could point to other examples in other cities, but I think this should suffice.

Fourth, some people who ought to know better can't help being consumed by hatred: 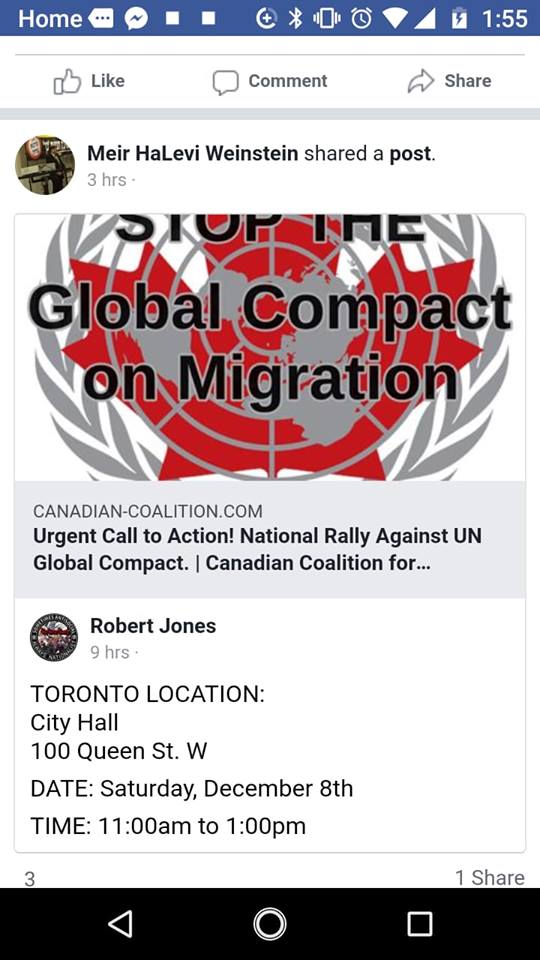 I can't be entirely surprised that Meir Weinstein of the Jewish Defence League would come out against the UN Migration Compact. Still, considering his claim (fallacious, mind you) that the JDL is the primary protector of the Jewish community in this country, one would think he would have a greater understanding and sympathy towards migrants considering.... well.... history: 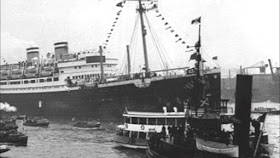 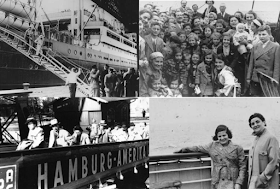 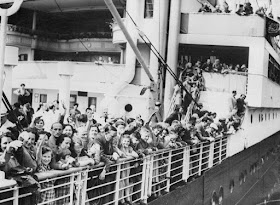 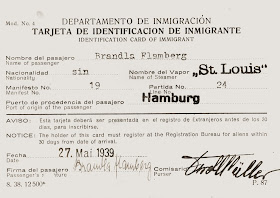 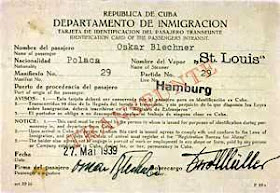 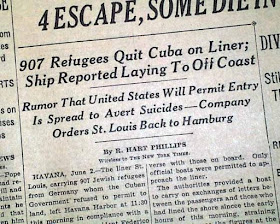 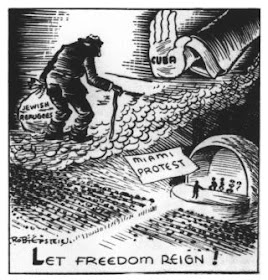 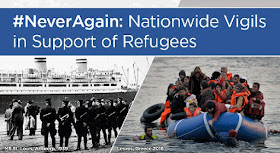 I mean I think this is sort of stark, but what do I know?

Fifth and finally, while it is important to continue watching these far right bigots, the real concern should be that so-called "mainstream" political parties, the Conservatives and the newly minted PPC, are mischaracterizing the UN compact and a host of other issues in order to stoke unjustified fear and anger:


I mean, when THIS guy is considered the voice of reason, then there's an issue:

There is a push out there to portray the UN Migration Pact as a secret plan for mass migration around the world and that is simply not the case. That is propaganda - Former Immigration Minister @calxandr #cdnpoli pic.twitter.com/CHMCmapdqC
— CTV'S QUESTIONPERIOD (@ctvqp) December 9, 2018


That people like Scheer, Bernier, and others are willing to lie about and propagandize an issue for relatively short-term political gain is both cynical and dangerous.
Thoughts?
Nosferatu200 at 19:03
Share