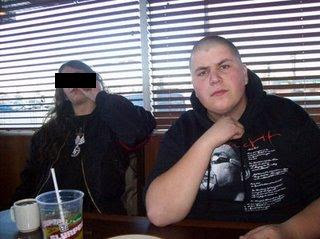 "Trenchy" (or "Trenchie"), who once sported long hair before cutting it short and then finally shaving it all off has a big neo-Nazi tattoo on his cranium, a feature that will no doubt endear him to the rest of the prison population.

If any of our favourite scumbags want to provide us with a follow-up, by all means. We're all ears.

Please continue with more stories. This is a great source of entertainment. Immensely humorous all around!