It's been a few days, however it looks as if Soldier of Odin member Chrisopher Hayes as released around August 8 pending a court appearance on September 12:


Hayes’ release order included the statutory conditions and numerous others including: not attempting to directly or indirectly communicate with the prime minister; surrending all firearms and any possession and acquisition licences to the RCMP within 24 hours; not possessing any electronic devices capable of duplicating, creating or generating social media posts (except for work purposes); reporting monthly to the RCMP; remaining in Saskatchewan; and relinquishing his passport.

In the meantime, Chris Hayes' brother Michael "Mjohn" Hayes who is the leader of the Oxbow, Saskatchewan chapter of the Soldiers of Odin still seems to believe that threatening Prime Minister Trudeau is a perfectly acceptable exercising of one's freedom of expression and is not particularily pleased with the RCMP: 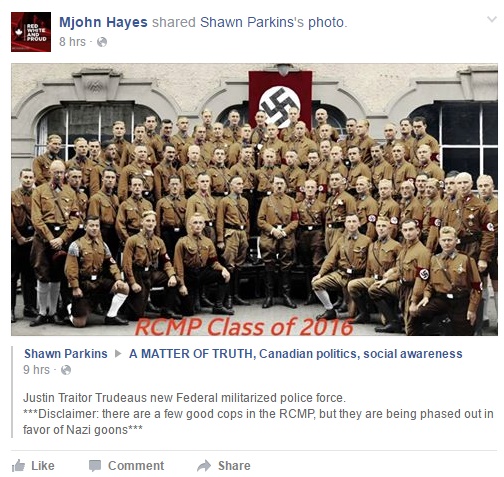 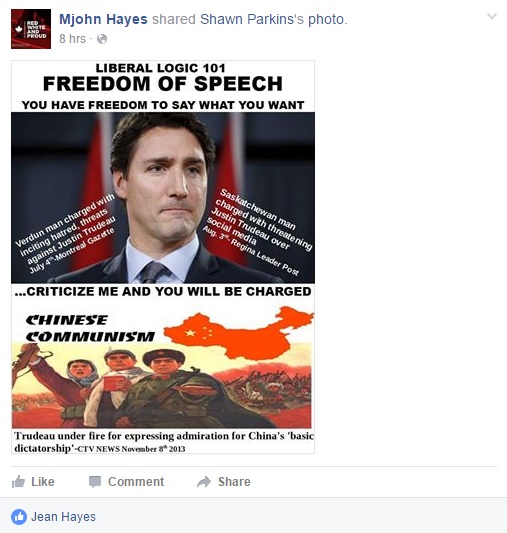 Yeah. Your brother didn't simply criticize Mr. Trudeau, but we suppose that the truth is still a hard pill to swallow particularly if you surround yourself with people who believe uttering casual death threats to be reasonable political discourse: 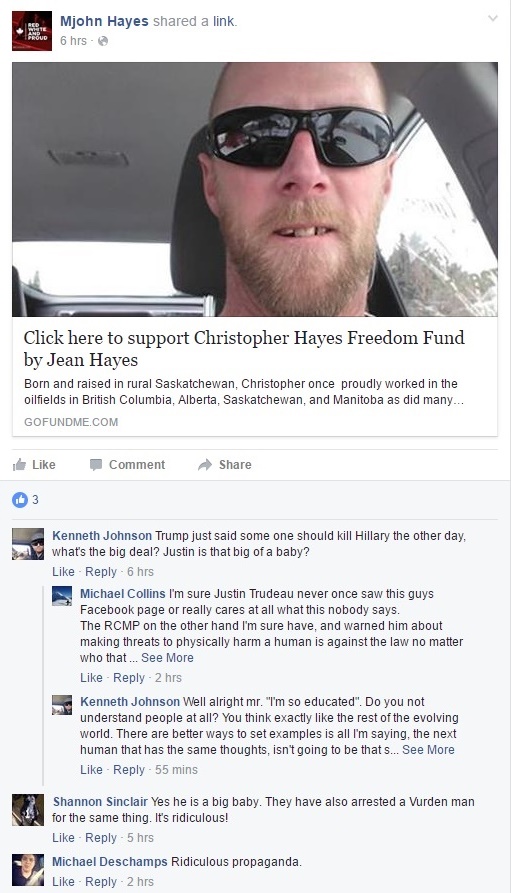 The Trump reference reminds us that something else interesting popped up in our examination of Michael Hayes' Facebook profile. For someone who is a leader of a group that claims to to be patriotic.... 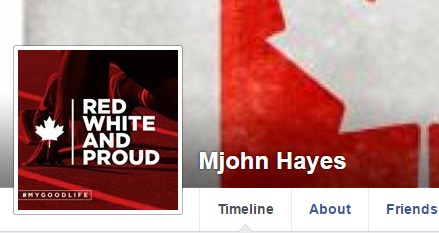 ....Michael doesn't actually seem to like his own country all that much: 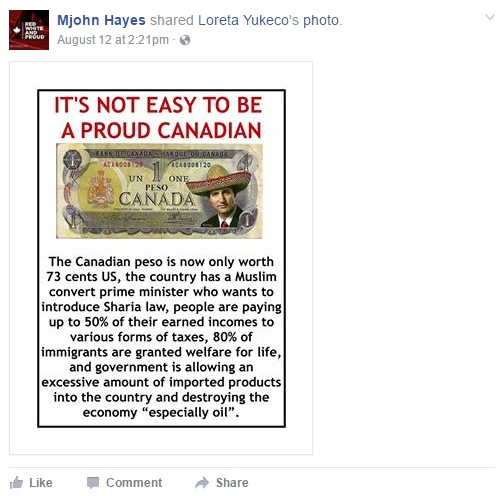 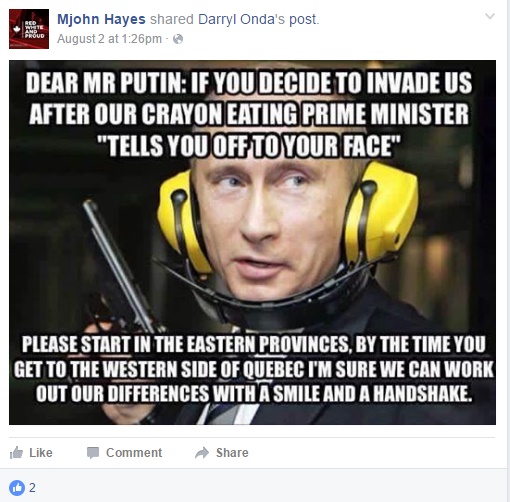 That sort of makes his support of organizations such as another anti-government/anti-Muslim group, United Patriots of Canada, somewhat awkward 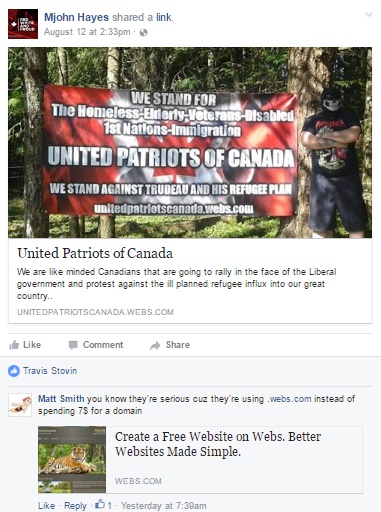 And btw, Chis is also a supporter: 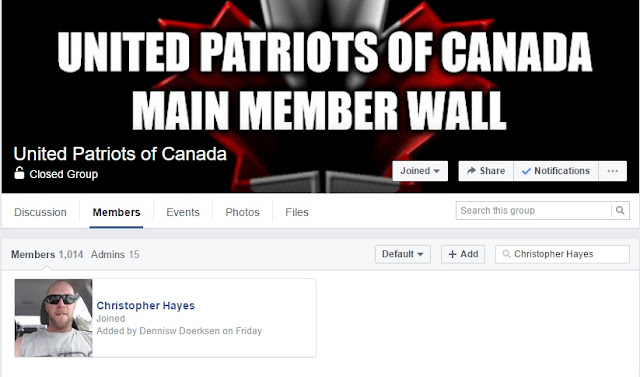 Chris Hayes was added on August 13, which means either Chris attempted to join prior to his arrest and that Doerksen added him later, OR Hayes requested membership when he was released, meaning he is in violation of the conditions he has been placed under.

Doerksen's own views of the Soldiers of Odin remain.... complicated we suppose: 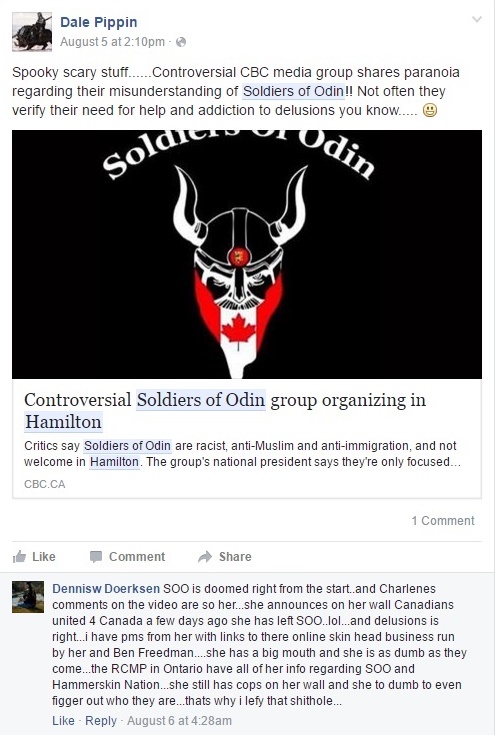 Speaking of Charlene O'Farrell, she and others, including Paulie, have commented on another recent story concerning threats made towards the Prime Minister.

Want to guess how they reacted?

They're nothing if not predictable.
Posted by Nosferatu200 at 19:10

Keep up the excellent work! Great blog. I grew up in Canada and have to say I'm surprised at all of the organized racism which you have documented here. Never saw too much of that in the Toronto suburbs where I grew up.